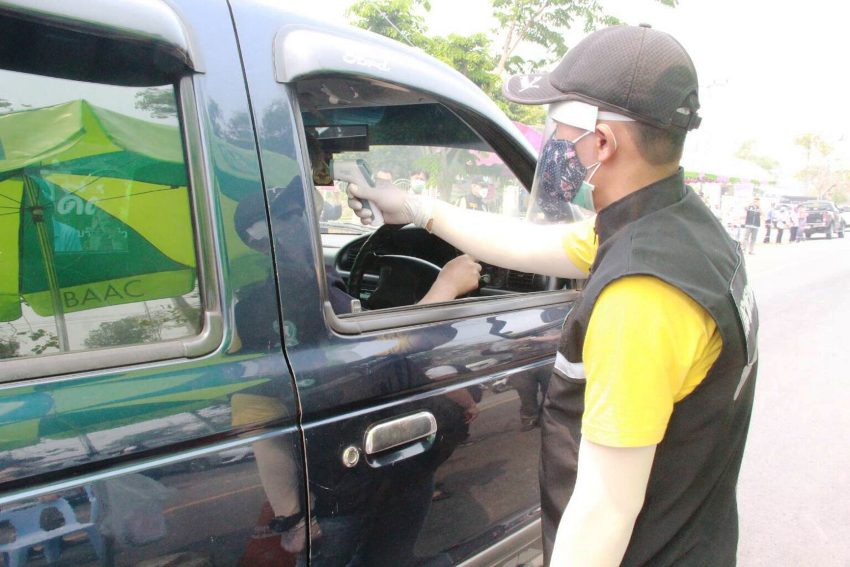 Today is the fifth day since the state of emergency, was declared in Chiang Rai by the government to limit the spread of COVID-19. Checkpoints have been setup around Chiang Rai province and travellers have fully cooperated with COVID-19 measures.

Officers have been stationed at the checkpoints to check vehicle occupants passing through. Furthermore with a special focus on passenger buses, vans and taxis.

Only some of the vehicles will be asked to pull over in order to minimize traffic disruption. Any person found with flu like symptoms will detained and undergo health screening by medical staff. Anyone suspected to have COVID-19 will be immediately sent to a nearby Chiang Rai hospital.

Three sets of officers are stationed at the checkpoints in rotation each day. They are asking for cooperation and understanding from the general public. The Chiang Rai provincial administration is also ready to step up the measures, should the government call for stricter screening protocols and enforcement. Meanwhile, in Chiang Mai new checkpoints have been deployed on Chiang Mai – Phrao Road (Highway 1001) through Mae Jo and on Highway 1015 in Nong Tong, Hang Dong on the border with Lamphun.