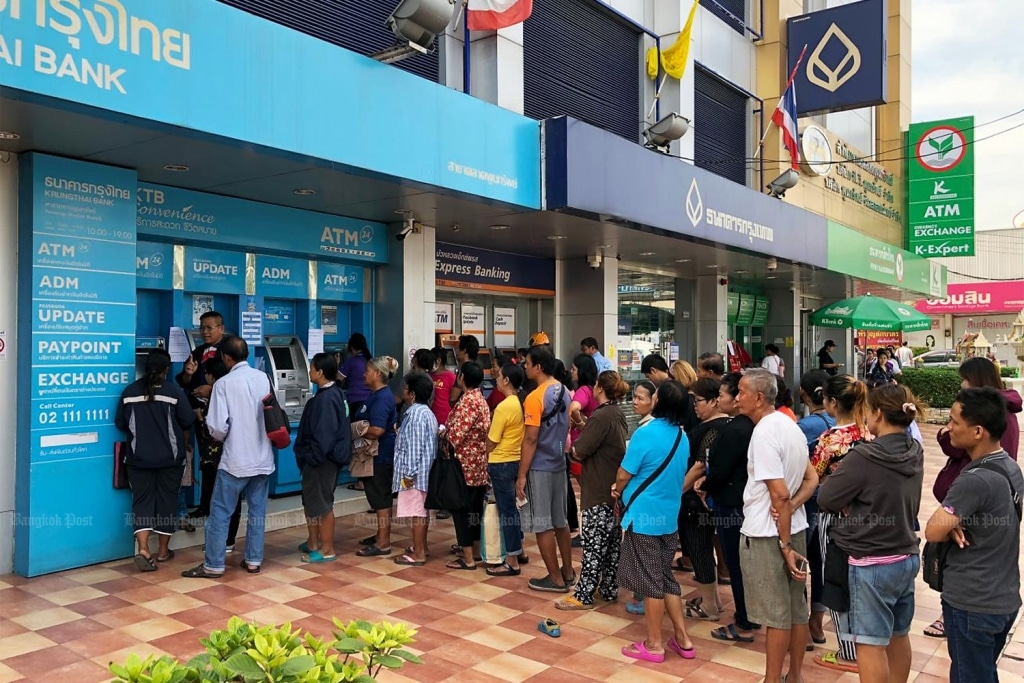 The government of Thailand plans to take some steps to make its economy grow. The Thai Government is working on the fiscal steps which will be implemented if the economic growth rate falls below the present forecast.

The main reason for the economy falling, according to Thailand’s Finance Ministry, is the current outbreak of coronavirus cases and the fact that public vaccination is delayed.

The present general director of Thailand’s Fiscal Policy Office, Kulaya Tantitemit, in an interview in Bangkok, said that the state’s government will do everything to recover the economy and will take those steps that are necessary for growing the country’s economic rate. Even though the rate of economic growth with the latest data reduced by 2.8%, the Fiscal Policy Office director, supposes, that it’s, at this rate, is enough for the remaining country’s economic stable growth.

For the Kingdom of Thailand, it’s a heavy hit, that at this rate, they aren’t able to host tourists. Tourism is one of the significant drivers of the country’s economy. According to the statistics, on average, the annual profit from the tourism industry is 2.53 trillion baht, which is GDP’s 17.7%. Until the pandemics, tourists tend to come to Thailand from around the world and trade EUR or USD for THB, therefore the demand for the local currency increased and had a positive effect on the currency. These changes drastically affected the local business owners.

Since restraints took place local business owners, who were actively involved in currency exchanging, see the unstable changes in the foreign exchange market. For example, the US Dollar to Thai Baht exchange rate at this moment is 29.92, up from 29.89 the previous market day and down from 31.17 one year ago. As it seems the range of currency level fluctuations based on the 1-year data is more than 4%. So, local business owners have to use various indicators to predict the Forex market to better understand how to run their businesses after covid dust settles.

Furthermore, the pandemic situation in Thailand is gradually deteriorating. Based on the current data, coronavirus cases are increasing highly and the rate of growth in the present is tripled compared to the latest wave cases, which took place in mid-December.

The finance minister has no definite plans for the future and the measures which should be taken in the future if the economy continues to deteriorate crucially. The only hope is grounded on the external debt. At this moment, the government has about 250 billion baht ($8.3 billion) left to borrow, from the 1-trillion baht borrowing plan, says Kulaya.

As reported by Thailand’s Labor Minister Suchart Chomklin, Thailand’s government plans to implement the social program, which will provide people with additional aid. The main purpose of this program is to support those people who lost their jobs during a pandemic and whose incomes were extremely hit by the COVID-19 situation.

Kulaya, who is an acting Fiscal Policy Office director, recently has been the World Bank’s executive director for Southeast Asia.

In the interview, she said, that the government is going to do everything to strengthen their national currency, but it, more supposedly, won’t have a large effect, as the global economy is increasing too. In addition, she hopes that about 5 million tourists will visit this year, as soon as the pandemic situation gets improved. And most of the tourists, in her opinion, will be the investors, which will help their economy to grow and recover in the short term.

During the interview, she made a comment, about the vaccination. Most supposedly, as she said, by the end of 2021, Thailand’s population will be vaccinated. In that case, Kulaya hopes that the GDP will increase by almost 3%.

Even though at this rate, Thailand’s pandemic situation is not alluring, government representatives have hope, the country will overcome existing problems and by the end of the year will reach positive economic growth.