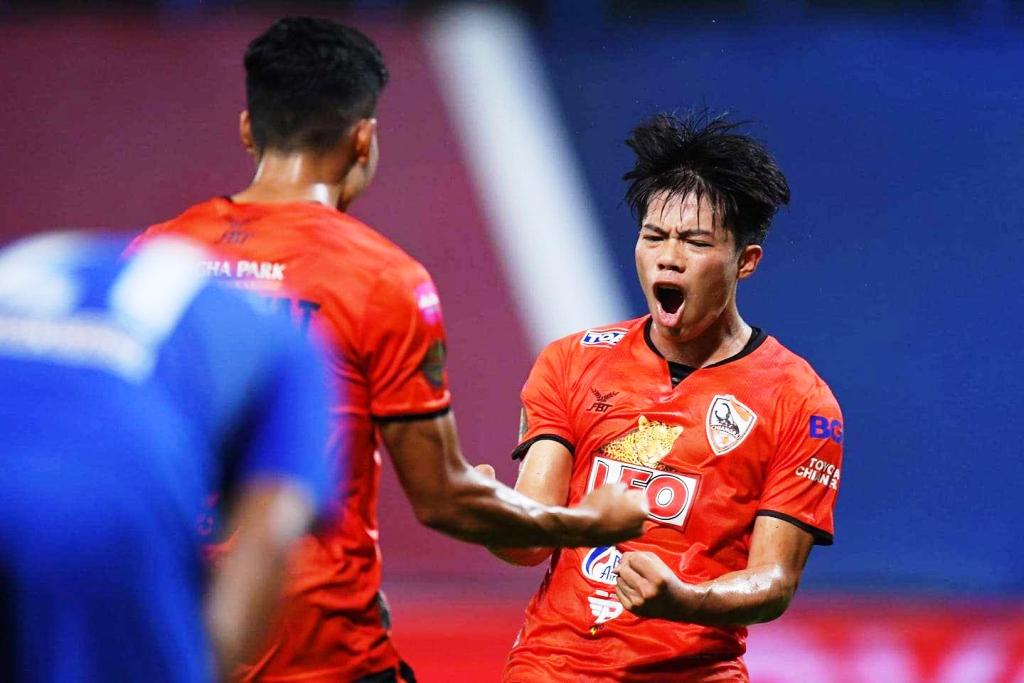 The match at Sukhothai’s Thung Thalay Luang Stadium has been moved forward because Chiang Rai have to play their remaining group games in the AFC Champions League in a ‘bubble’ in Qatar later this month.

Chiang Rai United are second on 23 points, six behind BG, while Sukhothai are in seventh place on 17 points. The Beetles, under caretaker coach Emerson Pereira, have enjoyed two successive wins.

Sukhothai warmed up for Tuesday’s match with a 9-1 rout of Surin in the FA Cup. The Fire Bats have no injury worries and will be led by playmaker John Baggio.

“This is a big match for us. We narrowly lost to Samut Prakan in our last [Thai League 1] game so we have to bounce back,” said Sukhothai coach Surapong Kongthep.

Alongkorn was named acting coach of Chiang Rai United (The Beetles) this week after the departure of Japan’s Masami Taki whose contract expired last month. Akarawin Sawasdee’s strike in the 43rd minute settled the tie at Bangkok’s Boonyachainda Stadium.

Chiang Rai United, whose strike force was led by Jakson Coelho, were the better side for long periods. The game was halted for several minutes due to floodlight failure with 10 minutes to go.

Chiang Rai moved up from third to second on 23 points, one ahead of Port and six behind runaway leaders BG Pathum United. Police Tero FC have now gone seven games without a win.

Police Tero FC were among title contenders when the season was suspended in March due to the Covid-19 pandemic.

But they have run out of ideas after the campaign resumed in September. They are now just six points above the relegation zone.

Meanwhile, Chiang Rai are searching for a new coach and former Thailand boss Wilfried Schaefer of Germany is among those who expressed their interest in the job, club adviser Miti Tiyapairat said yesterday.

“One name which makes me feel ‘wow’ is Wilfried Schaefer because I did not think he was interested in the job,” Miti said. The 70-year-old Schaefer has coached several clubs and countries including Borussia Moenchengladbach, Stuttgart and Cameroon.

Rhythmic Gymnastics: Dancing as a Sport or an Olympian