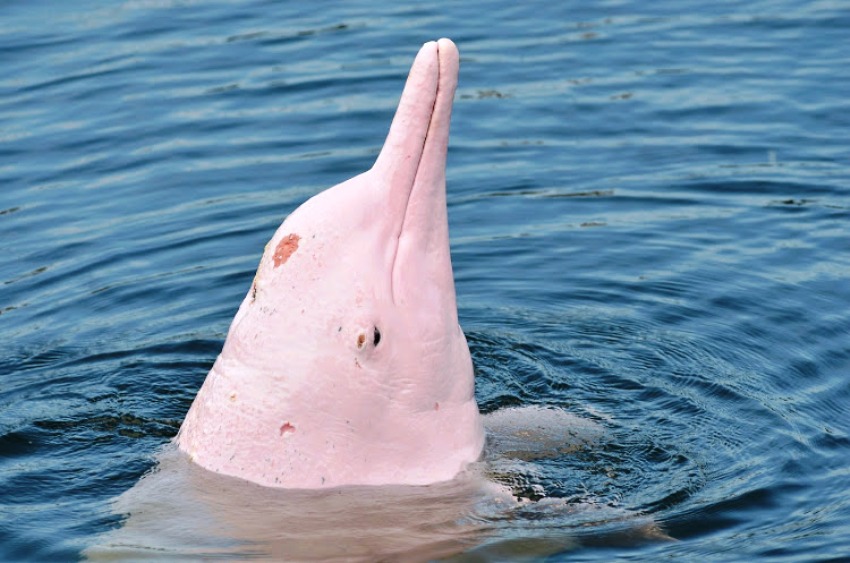 Fishermen in the Gulf of Thailand have filmed a rare encounter with pink dolphins, which scientists say are becoming bolder. Above all in the absence of tourists during the coronavirus pandemic.

The footage shows three of the dolphins swimming close to a fishing boat in calm waters off Koh Pha Ngan, an island in southeastern Thailand.

“I was so impressed, because I never imagined I would get to see pink dolphins,” said Chaiyot Saedan, the fisherman who provided the video to Dispatch Live.

Thailand’s pink dolphins are a subspecies of the Indo-Pacific humpback dolphin and are listed as a vulnerable species by the International Union For Conservation of Nature.

There are also about 150 of these pink dolphins living around the Gulf of Thailand. According to Kongkiat Kittiwatanawong, the director of the Phuket Marine Biological Center, its also rare to see them.

“Due to less traffic with the coronavirus lockdown, the pink dolphins now have a more comfortable habitat. That is why they tend to show up more,” Kongkiat said.

Not that much is known about these dolphins who are a sub-species of white Chinese dolphins. Furthermore its thought there are around 2000 in the wild. And around 150 in Thailand.

A variety of the the Indo-Pacific Humpback Dolphin, they’re also considered “vulnerable.” They are also included on the International Union for Conservation of Nature’s (IUCN) Red List. They are considered a threatened Species. Meaning they are “at high risk of unnatural (human-caused) extinction.”

Pink Dolphins Filmed in the Gulf of Thailand

Filmmaker to Make Sequel to “Smoke” a Crisis in Northern Thailand