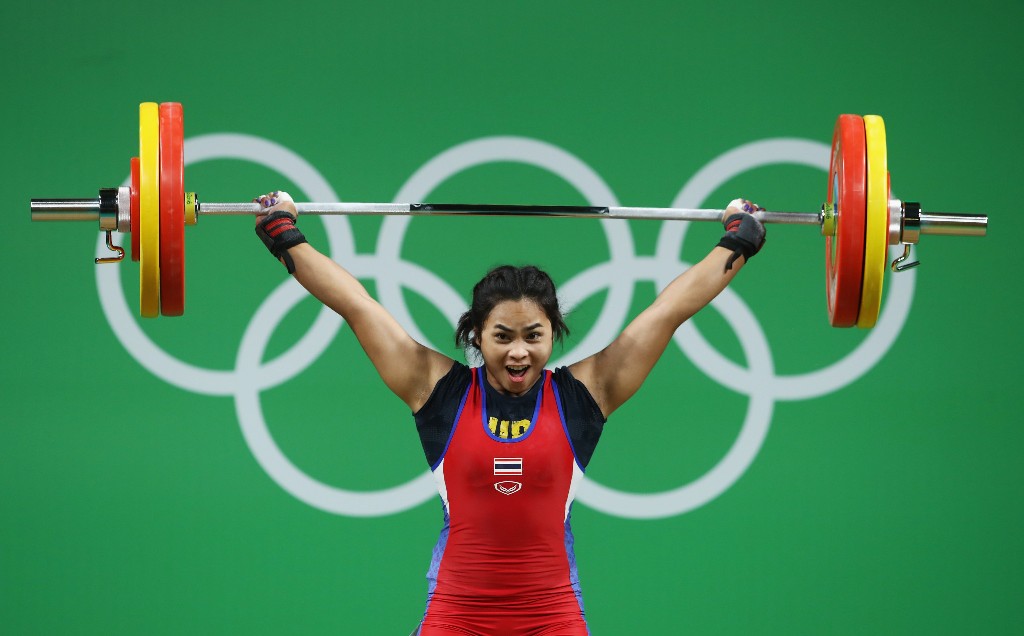 Executive board members the Thai Amateur Weightlifting Association (TAWA) have resigned following a doping allegations story in German Media.  TAWA President Boossaba Yodbangtoey insisted the accusation made by the German broadcaster were untrue.

Boossaba said in a statement that Siripuch was filmed by a hidden camera. Even more only wanted to share her own thoughts by innocently talking about doping abuse in Thai weightlifting. “She was deceived with fake status of the journalist. Who neither identified his real name nor showed his real profession,” she said.

The statement said Siripuch was “tricked” into believing that the person was manager of a German weightlifting team. Who was willing to do business with the gym where she worked.

Siripuch was so excited about the chance of getting a new client so she talked to him without “consciousness.” Above all without the knowledge of whether what she said was true or not, according to the statement.

She finished fourth in the 58kg division at the 2012 London Olympics. She was later bumped up to third after Ukraine’s Yulia Kalina was stripped of her bronze medal for doping.

Siripuch also took part in the 2016 Olympics but was unsuccessful in the 63kg class.

Boossaba admitted some athletes of TAWA member clubs were found to have used banned substances in 2011. Hoever those involved had already been punished by TAWA and the Sports Authority of Thailand.

“TAWA has always upheld the code of ethics and good governance,” Boossaba said.

“To prevent the matter, which is not true, from further tarnishing the image of the sport and the country, the TAWA executive board members want to show their responsibility with their resignations effective January 30, 2020.”

Investigative reporter Hajo Seppelt, who co-authored the ARD documentary, said reporters had indeed gone undercover in order to get the information.

“In order to reveal the truth about massive doping in Thai weightlifting we had to act as undercover reporters. Otherwise the athlete would have never admitted what she did on camera,” Seppelt told Reuters.

“Everything is in full length, unedited and in original voice. We have been asked by anti-doping entities for the material.” Weightlifting is Thailand’s most successful sport at the Olympics with five gold medals.

TAWA has been suspended indefinitely from taking part in international tournaments. Consequently after a number of its athletes tested positive at the 2018 world championships.

The International Olympic Committee has already set up a Disciplinary Commission to “follow up on the doping confession” by Siripuch.

The world governing body also announced that it had taken up Siripuch’s comments with TAWA, and said: “The widespread abuse of the same anabolic agent, especially among juniors, in Thailand would appear to be indicative of an organised system of doping.

“The IWF will now confer with WADA (World Anti-Doping Agency) and the International Testing Agency (which now handles the IWF’s anti-doping procedures), in order to establish whether a wider investigation may be appropriate.”

Kobe Bryant, Daughter and 7 Other Killed in Helicopter Crash