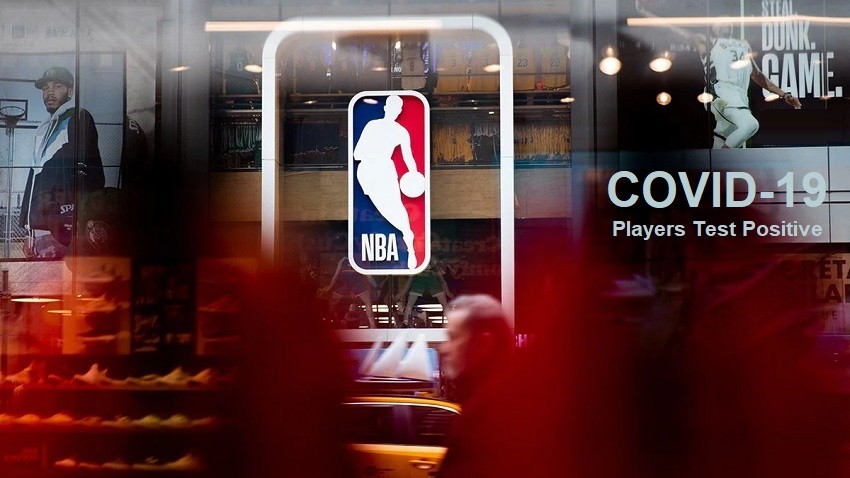 As the Covid-19 coronavirus epidemic continues to escalate across the world NBA athletes have been significantly affected. Athletes all over the world have confirmed positive test results, including those in the NBA.

The NBA’s coverage spreads all over the world and broadcasts to over 200 countries. It also generates approximately $9 billion in the annual revenue. Its best players rate as the most powerful in sports, with the potential to reach millions and spark changes with a single social media post.

COVID-19 Coronavirus breakout didn’t appear to be in the minds of players in the first week of March. Their games continued, with the usual human contact; embraces, high-fives, charter flights, and hotel stays. Life continued normally as the news of coronavirus, making headlines on front pages, still sounded and felt like a foreign problem.

With the collaboration of SportsDomainLab.com we share a short list of the players already affected by the disease.

Rudy Gobert, an NBA player, was the first to test positive for coronavirus, sparking an immediate pause of the NBA season and possibly the NBA finals. More NBA players since then have registered positive COVID-19 tests.

The following list of NBA players have already tested positive of the COVID-19:

Marcus Smart’s diagnosis was revealed on March 19. He also announced his positive COVID-19 test result on Twitter. He went further to sensitize the young people on the need to maintain social distance. Even more adding that the coronavirus infection is no joke.

Kevin Durant, the former MVP star who had not taken part in this season because of a torn Achilles tendon, also said he was among the four Nets players who tested positive for the coronavirus as at March 17. Kevin talked with The Athletic, reporting that he felt okay. Even more he cautioned everyone to remain careful and exercise quarantine.

On March 19, one unnamed member of the Nuggets organization was announced positive for the coronavirus, as the team reported in its statement. The said person was tested on March 16 after experiencing signs similar to those of the coronavirus. Furthermore its not yet clear whether the person is a player or not.

Two unnamed members of the team were diagnosed and announced on March 19 as having tested positive of the coronavirus. Most of the players had their tests done in El Segundo, California, on March 18 outside the Lakers practice facility.

On March 19, the 76ers announced that three unnamed members of their team had tested positive for the deadly coronavirus infection. The 76ers reported that the tests, privately secured and processed, were done after consultations with the NBA. Also medical experts for particular individuals.

Rudy Gobert’s diagnosis was done on March 11. He was confirmed positive of the coronavirus. This led to the NBA postponement of its season. The following day, Donovan Mitchell also tested positive.

The NBA spokesperson Mike Bass made a statement on March 17, 2020, about the active players who tested positive of the coronavirus at that time

He stated that the teams’ medical experts and health authorities were concerned that NBA players’ direct contact with one another. Close interactions with the public, and frequent travel could escalate the spread of the infection.

The NBA is hoping that these players’ decision to publicize their results have drawn attention to the urgent need for the youth to adhere to the CDC recommendations to protect others; mostly the elderly and those with health conditions.

As the virus continues to surface, there is a likelihood of an increase in the number of the NBA players whose tests turn positive for the COVID-19 coronavirus. Above all since it is a highly infectious illness.

Sports Bodies Worldwide Call for Tokyo 2020 Olympics to be Postponed