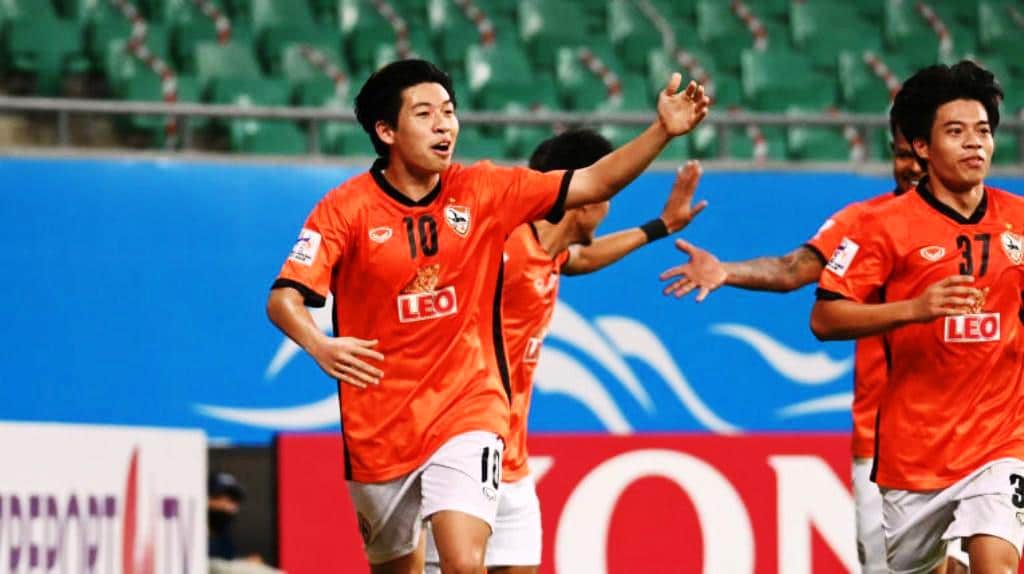 Chiangrai United have ended the AFC Champions League Championships with a 3-0 win overpower Singapore’s Tampines Rovers on Saturday night. Both teams had been eliminated from the competition earlier.

Sivakorn Tiatrakul’s late goal put the Chiangrai United on course when the two sides met for the second time, and the Thai side picked up two more goals on their way to victory at the Lokomotiv Stadium in Tashkent.

Bill settled matters for Chiang Rai United at the AFC Championships in the 82nd minute, bagging his third goal of the tournament with a fine diving header to meet Sanukran Thinjom’s cross from the left to make it 2-0.

There was still time for a third goal as skipper Phitiwat Sukjitthummakul pounced on a poor defensive clearance to rifle home from 30 yards out into the back of the net.

The result means the Thai side end their campaign in third place with eight points, three more than what they had achieved in their maiden AFC Champions League campaign last year, while Tampines Rovers’ debut in the competition ends with no points.

“It was very tough in the first half. We had a few chances but could not score. In the second half we made some changes, and the subs made a good impact and helped us score,” said Chiang Rai coach Alongkorn Thong-am.

“We know our level and we have our own standards. We expected to get more points than this, but this is OK. There were AFC games which we could have won but we did not take our chances, we need to improve. Everything is possible. We will be back here next year.”