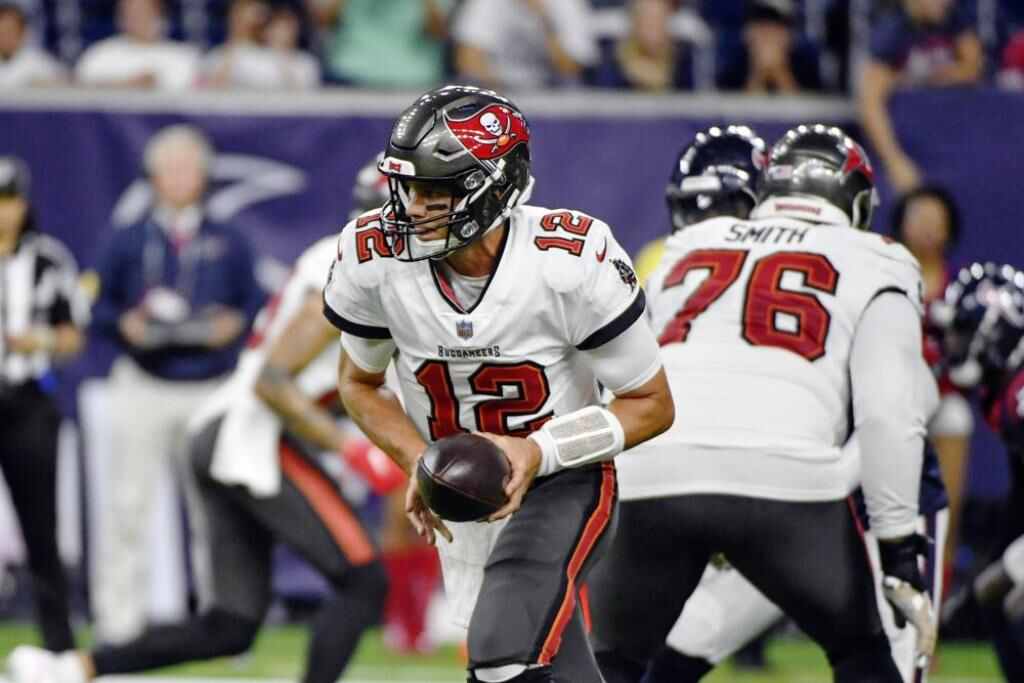 The NFL has started its most important new 2021 season with teams play a 17 schedule with no capacity constraints as the league follows the NBA, NHL, MLB, NCAA and others to open their doors to sold out stadiums.

Yesterday Tom Brady quarterback for the Super Bowl champions the Tampa Bay Buccaneers ran out from a smoke-crammed tunnel, onto the field Thursday night time to confront the Dallas Cowboys in packed stadium.

While there were no restrictions in the NFL preseason, the stadiums weren’t fully booked as many fans skip the exhibition games. This was not the case at Raymond James Stadium as more than 65,000 fans were in attendance to watch the Buccaneers celebrate their championship before starting their crown defense.

“Seven months ago, we made NFL history,” owner Bryan Glazer told the screaming fans during a brief pre-game ceremony. “There was one thing missing: All of you. Welcome back to Raymond James Stadium.”

Thousands of fans gathered outside the stadium before the game, eating, drinking and enjoying the atmosphere as they waited for gates to open. Once they did, the party moved inside.

“We and our clubs are in daily and regular conversations with local and state authorities, but as we sit here right now, we don’t anticipate any reduction in capacity this year,” Peter O’Reilly, NFL executive vice president of club business and events, said in the league’s last briefing.

“We really feel good about where we stand, given the vaccination rates across the country, and feel as though we will be able to move through the season. Obviously, we don’t take anything for granted; we work closely on all of our protocols, working with and under the guidance of those state and local authorities. As we sit here today, all 30 stadiums are able to be at full capacity and that’s how we expect to go through the season in lockstep with those local and state authorities.”

The Buccaneers have relaxed several protocols. Fans will not be temperature screened and masks are not required, but are encouraged for indoor spaces, regardless of vaccination status. Few fans wore masks inside one of the stadium’s club suites.

“We’re vaccinated, we followed all the rules and we’re not afraid,” said Bucs fan Terry Leonas, who snagged a pair of tickets last minute off a friend who couldn’t make the game.

Another group of fans wore masks in the seats despite being outside.

“We’re not taking any chances,” said Carl Esperson, the lone Cowboys fan among six friends wearing their Bucs jerseys.” They lowered their masks for a photo and to sip their beers.

No vaccine mandate for NFL players

Meanwhile, The National Football league hasn’t mandated vaccines for players but strongly encouraged it with strict protocols for those who don’t get the shot. Entering the season opener, 93.5% percent of players are vaccinated. Seventeen teams are above 95%, with the Buccaneers and Falcons at 100%.

The NFL Players Association wants daily COVID-19 testing for fully vaccinated players, but the league isn’t requiring it yet.