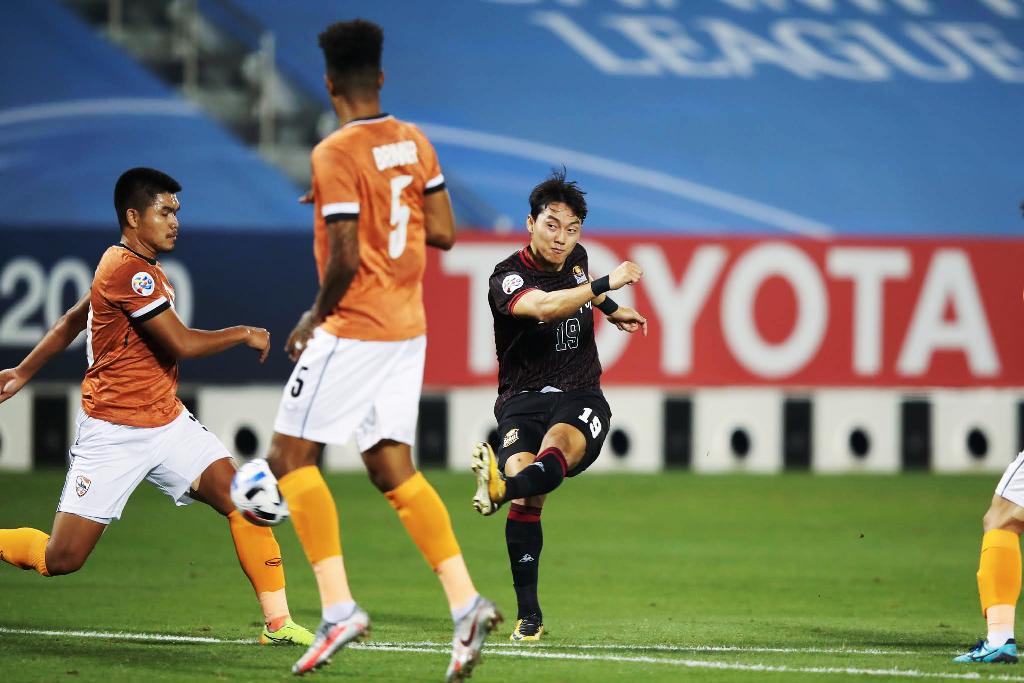 Chiang Rai United was handed a rude awakening in the AFC Champions League as FC Seoul ran them ragged in a 5-0 thrashing at the Jassim bin Hamad Stadium in Doha, Qatar on Tuesday.

The Beetles enjoyed unprecedented success in Thailand last season winning the league ahead of favorites Buriram United. They made a decent start to their maiden Asian Champions League campaign in narrow losses to Melbourne Victory and Beijing Guoan in February.

The K League 1 club started strong but an error at the back allowed Lu to get behind the Jeonbuk defence to give Shanghai a 1-0 lead in the 11th minute. Regaining composure, Jeonbuk struck back not much later when Gustavo turned in a Kim Bo-kyung cross.

However, under interim coach Emerson Pereira who replaced Japanese tactician Masami Taki last month, Chiang Rai suffered a colossal collapse on their return to East Zone action by conceding four goals in a calamitous second half to fall to their third defeat from as many matches.

Han Seung-gyu of FC Seoul scored first for the South Koreans in the 20th minute as the Thai side maintained some discipline in defence for the lion share of the first half. Cracks began to appear early in the second period as Jung Han-min doubled the lead for Seoul by capitalizing on Saranon Anuin’s hesitant play.

Chiang Rai United defenders gave substitute Yun Ju-tae plenty of space at the edge of the box in the 67th minute and the attacker squeezed his shot past Saranon at his near post to make it 3-0. FC Seoul’s Yun scored his second four minutes later scoring from the follow up after Saranon had denied Osmar from a free kick.

Lee In-gyu added the fifth in injury time as Seoul recorded their second win of ACL 2020 to remain second in the table. Chinese Super League side Beijing Guoan, who defeated Melbourne Victory 3-1 to maintain their perfect record in the tournament this season, lead the pool with nine points.

After their first loss of the 2020 AFC Champions League to Ulsan Hyundai on Saturday, Shanghai Shenhua FC’s Choi Kang-hee made sweeping changes to his starting 11 against FC Tokyo.

Only three players from their weekend loss started on Tuesday at the Education City Stadium in Al Rayyan: goalkeeper Li Shuai, centre-back Stephane Mbia and 19-year-old Zhu Yue. The rotations proved to be exactly what the CSL outfit needed to revitalise their campaign.

Choi’s men absorbed plenty of pressure in the first half, but never really looked like conceding against the 2019 J.League 1 runners-up. Their first real chance only came five minutes into the second half when Alexander N’Doumbou missed an open goal from a tight angle after skipping past goalkeeper Go Hatano.

Keigo Higashi threatened for Tokyo in the 66th minute, but his cross across the goal was cleared by Mbia who was a rock in the defence throughout the second half. The breakthrough came four minutes later when Yu Hanchao went down inside the box after a nudge from Hotaka Nakamura.

Hanchao slotted the penalty low past a diving Hatano to give Shenhua a lead to protect despite being under attack for most of the game. Diego Oliveira squandered a chance to equalize for Tokyo when he failed to make a good connection to a corner that was flicked on to the centre by Lebanese defender Joan Oumari in the 78th minute.

The CSL side now have six points from three matches and are one point behind Ulsan, who left it late to defeat Perth Glory 2-1 in a thrilling Group F encounter later in the day.

The depleted A-League side were seconds away from their first-ever win in the competition after 22-year-old Daniel Stynes had given them an unlikely lead in the 71st minute. However, Kim In-sung restored the parity with one minute left to play before Junior Negrao won it for the South Koreans in the third minute of stoppage time.