Three Reasons Why Bayern Munich May Not Win the Bundesliga
Advertisement 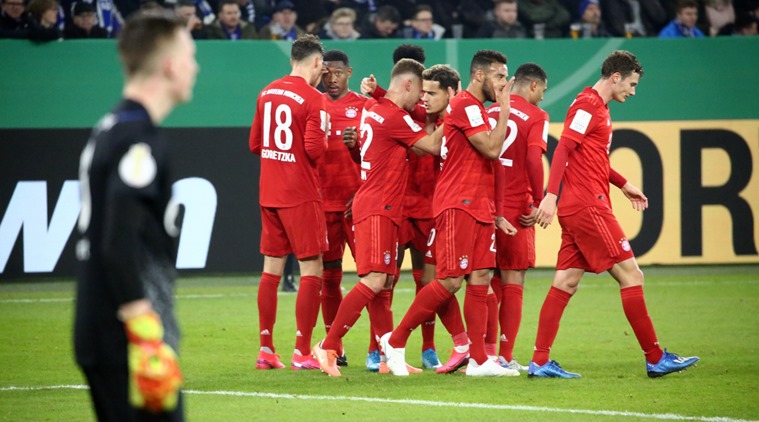 Football fans around the world were finally able to get their fix as the Bundesliga kicked off again there is some concerns over Bayern Munich.  As for the first impression, well, it has to be said, it was eerie and quite strange. Granted, we haven’t ever experienced anything like it before but it was live football at the end of the day.

That is something we can all count our lucky stars for.As for the actual football, it was really quite good in most instances with title hopefuls Borussia Dortmund flying out of the blocks. Indeed, a dominant 4-0 win at home against a woeful Schalke gave their fans a lot to sing about.

But the biggest talking point had to be Bayern Munich’s toiling away to Union Berlin. The Bavarians may have won but it was far from convincing.

2 months off and Lewandowski still doesn’t have to look pic.twitter.com/TelS3DWLXI

Here are three reasons why they may not be able to keep Dortmund at bay during the run-in.

The sudden stoppage that the Bundesliga went through hasn’t benefited Bayern Munich at all it seems. Even if it was a warm afternoon in Berlin during their 2-0 win, that doesn’t explain why they looked as lethargic as they did. Hansi

Flick’s charges toiled away against Union Berlin who are yet to secure their top-flight status for next season.
That’s why Bayern’s inability to break them down could be cause for slight concern.

Both of their goals came from set-pieces in the form of a penalty and a corner late on. The actual build-up play was unimaginative and predictable which enabled Union to get through 90 minutes largely untroubled.

Muller of Bayern Munich looks a shadow of himself playing football

Thomas Muller has been the backbone of this Bayern side for many seasons now but he looks ever so ineffective at the moment. In years gone by, the German would have taken advantage of the chances he had against Union but instead, he looked to be running in quicksand.

If Muller’s legs have gone then Bayern have a serious problem on their hands in terms of winning the league. That may not seem the case with the German Bundesliga odds showing the Bavarians at only 1/5 to win the league. But what you need to keep in mind is that Dortmund have one of the youngest sides in the league.

There won’t be any letting up as they chase Bayern down the home straight. The Bavarians better pray their aging stars don’t pull up at any stage.

It is quite amazing that Borussia Dortmund are at long odds of 9/2 to win the Bundesliga. Unlike Bayern, the break seems to have done the BVB well and undoubtedly aided their title ambitions. Most of their key men are back from injury and have hit the ground running.

It remains to be seen whether Bayern can splutter home without being caught. But having watched them over the weekend, you would be inclined to agree that they could be in a spot of bother.