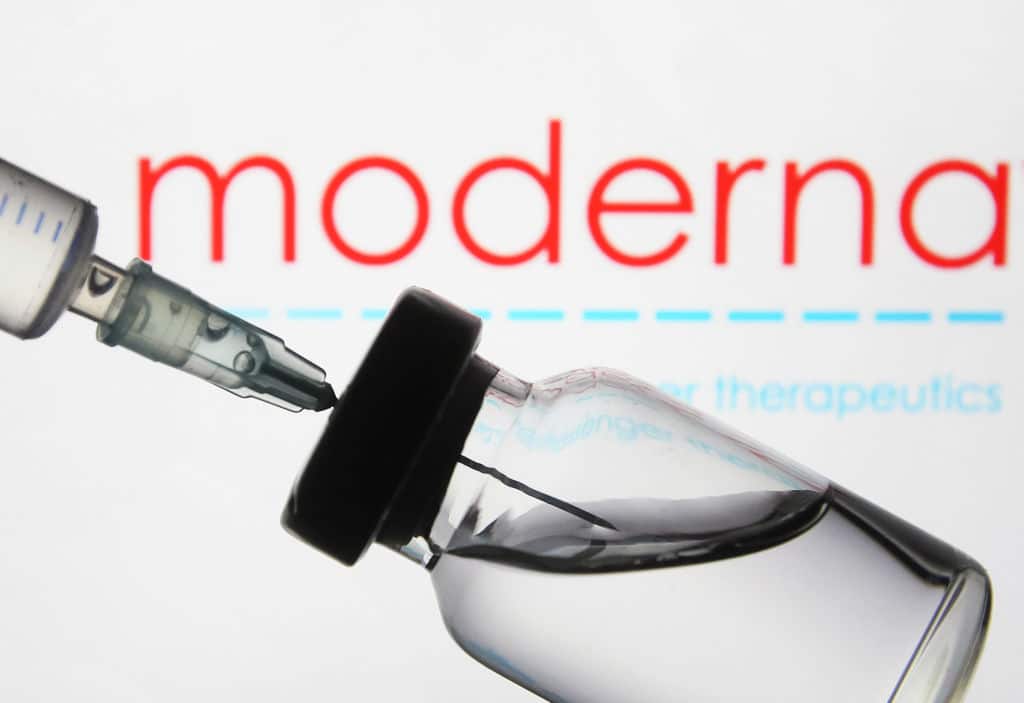 The Thai Government on Wednesday it would import nearly four million doses of Moderna coronavirus vaccine towards the end of this year and a further one million in early 2022, for use by private hospitals.

The Government Pharmaceutical Organization in a statement said 3.9 million doses of the Moderna vaccine would be delivered in the fourth quarter and 1.1 million doses in the first quarter of 2022.

“The vaccine procurement plan of 150 million doses has a high proportion of Sinovac,” the association said in a letter to Prayuth, citing that mRNA vaccines had a higher efficacy rate than that of Sinovac.

Meanwhile, Dr Chalerm Harnpanich, president of the Private Hospital Association announced the Moderna vaccine will cost 3,400 baht for two doses when private hospitals in Thailand begin receiving supplies from the American pharmaceutical giant, it was announced on Tuesday.

Demand for the vaccine is thought to be high after promising signs of its efficacy and a two million swell in pre-orders reported by Thonburi Healthcare Group. Which is now negotiating to increase its initial order from five to 15 million doses.

The first batch is scheduled to be delivered to Thailand in early October.

The participating hospitals will start taking payment for the appointments from July 1 to strengthen their case with the GPO for moving to secure more supplies after concluding payment for the first round of five million doses in June.

Meanwhile, there is a massive lack of confidence not just on Sinovac vaccines in Thailand, but of Thai government which ordered it and obtained some through donation by the Chinese government.

Some Thais call Sinovac’s, “Shenzhen vaccine,” a reference to the city in Guangzhou province next to Hong Kong known by some for churning out fake brand-named products and cheap knock off.

The Thai government needs to convince people to go with Sinovac first in order to help create herd immunity, no matter how imperfect the vaccine or Thailand may not see a significant drop in the number of daily deaths and infections in the weeks and even few months ahead.

Understanding How Acupuncture Works and How it Can Help You