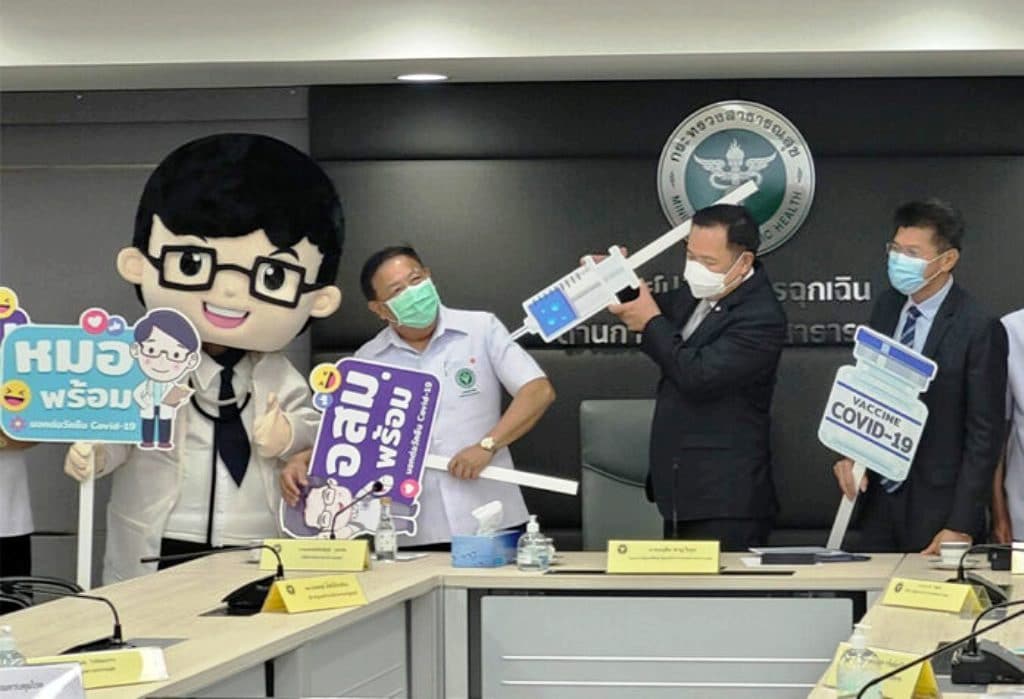 The Thai government is facing challenges in handling COVID-19, first on getting enough vaccines before the situation is too critical, and second, how to convince enough people that China’s Sinovac is a good and an adequately safe vaccine.

The Thai Government, medical experts and virologists are trying to convince the public that it’s best to be inoculated as soon as possible, disregarding the vaccine maker.

There is a massive lack of confidence not just on Sinovac vaccines in Thailand, but of Thai government which ordered it and obtained some through donation by the Chinese government.

Some Thais call Sinovac’s, “Shenzhen vaccine,” a reference to the city in Guangzhou province next to Hong Kong known by some for churning out fake brand-named products and cheap knock off.

The Thai government needs to convince people to go with Sinovac first in order to help create herd immunity, no matter how imperfect the vaccine or Thailand may not see a significant drop in the number of daily deaths and infections in the weeks and even few months ahead.

Thailand’s Public Health Ministry announced on Monday that double doses of the Sinovac vaccine are 71%-91% effective in warding off infection by the Alpha (UK) Covid-19 strain.

The results were taken from a study conducted to determine the effectiveness of Sinovac, otherwise known as the CoronaVac vaccine, between April and May when the Alpha variant of the virus was the most prevalent in the country.

The study confirmed that double doses of Sinovac vaccine were effective in reducing infection by the Alpha variant by 71%-91%. The subjects of the study were from high-risk groups in Phuket, Samut Sakhon and Chiang Rai as well as public health workers.

Dr Kiattiphum said data was being gathered for a similar study on the effectiveness of the vaccine against the fast-spreading Delta (Indian) strain.

According to a real-world study, the Sinovac jab also proved to be 95% effective in preventing severe symptoms or even death in people who caught Covid-19 after being vaccinated.