Will Boxing Championship Winner Wilder Step Aside For Joshua
Advertisement

History Of Cricket In India - The Top 5 Legendary Players 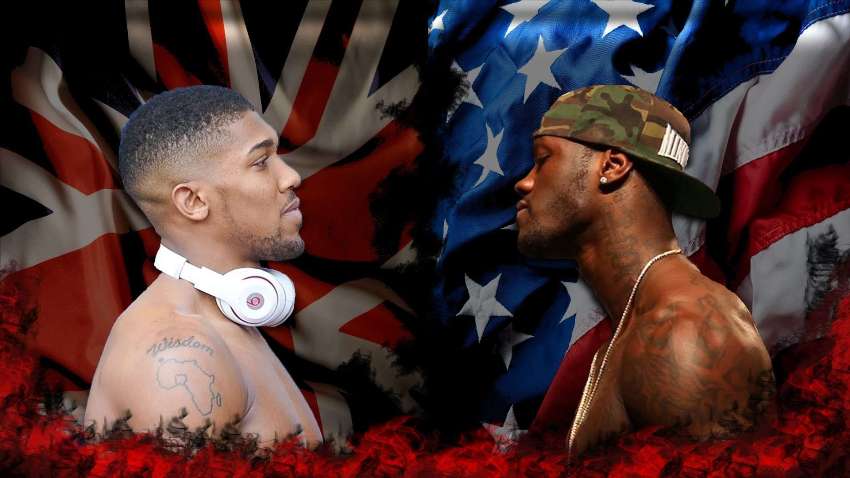 It’s been a few months now since heavyweight boxing championship winner Tyson Fury defeated Deontay Wilder in the most anticipated match of 2020, and perhaps ‘defeated’ is the wrong word for what happened that night.

The giant Brit didn’t just defeat the loudmouthed American; he demolished him. Wilder, known around the world as the most fearsome and feared puncher in the sport, barely laid a glove on Fury. Instead,

Fury bullied him and battered him around the ring, putting the Bronze Bomber on the canvas twice and eventually forcing his corner to throw in the towel. Wilder wasn’t just beaten, he was obliterated. It was the kind of loss that can destroy a career.

Given the fact that Wilder has already made millions of dollars from boxing, and held one of the most respected versions of the World Heavyweight Boxing Championship for the bulk of his career. Nobody would have blamed him if he’d decided that this was the moment to hang the gloves up and walk away.

That isn’t Wilder’s style, though. He immediately indicated that he wanted another shot at Fury, and then followed up with an unintentionally hilarious excuse about the costume he wore for his ring walk being too heavy and tiring him out on the way to the ring. Wilder wants a shot at redemption. Contractually, he’s entitled to one. That doesn’t mean he’s going to get one.

On paper, the biggest money match in the boxing world right now is a showdown between Fury and fellow Brit Anthony Joshua, who holds every other credible version of the World Heavyweight Championship. After that fight, boxing would have its first undisputed unified champion in years, and it’s a contest that would likely sell out

England’s enormous Wembley Stadium and draw millions of dollars in pay per view buys from all over the world. Fury and Joshua have been circling each other for years, and the public is far more interested in seeing that fight happen than seeing Wilder face Fury and almost certainly lose again.

Fury wants Wilder to step aside and let the fight happen. Wilder is understood to be open to the idea so long as he gets the chance to fight the winner of that contest, but is also understood to want close to three million dollars in return for doing so. That’s a sticking point.

Even if someone comes up with the money to pay Wilder – which isn’t out of the question given the amount of cash that a Fury vs. Joshua showdown would attract – there might be another issue with putting the contest together. Just as Wilder is Fury’s next opponent on paper because of the rematch clause from the last fight, Joshua is contractually obligated to defend the IBF world heavyweight championship against Kubrat Pulev before he can fight Fury.

He could choose not to do so and forfeit the belt, but that would mean that only three versions of the sport’s top prize were up for grabs when the two Brits met. The fourth would still be out there somewhere, preventing unification from taking place.

Making money in boxing should be easy

While Wilder might step aside for the right sum of money, Pulev has gone on record as saying he won’t step aside under any circumstances. That’s an easy thing to say until someone waves a huge amount of money under your nose, but it perfectly illustrated the difficulties that come with trying to unify the division.

Making money in boxing should be easy. You take the world champion, you put him in the ring with the strongest challenger, and you sell tickets for the public to come and watch the fight. If it worked like that, it would be like trying to print your own cash.

Instead, the wrinkles and complications that come with having so many competing authorities make it more like playing online slots. That’s something that former champ Mike Tyson would know all about; the legendary fighter has an online slots game of his own and makes good money from it.

As fun as they might be to play, though, you can’t guarantee that you’ll walk away from an online slots website with more money than you started with. You can see what the most rewarding combination to make you that money would look like, but you can’t make it happen. With online slots, it’s mathematics and the luck of the draw that sometimes works against you. In boxing, it’s all those competing organizations.

The smart money still says that the next fight either Tyson Fury or Anthony Joshua compete in will be against each other. Fury is thought to be personally reluctant to spend money to persuade Wilder to step back when he believes he could beat him again easily, but Fury’s handlers are chasing dollar signs.

Predictions about the outcome

Pulev has never competed on the world stage in the same way that any of the other three men in the equation have, and so the reality is that he would likely take a pay-off when it was offered to him, and probably a smaller pay-off than the one Wilder is asking for. That might not necessarily satisfy the IBF, though.

They could strip Joshua of their title before the fight, and take some of the sheen off the contest before it gets to the ring. It would still be a huge fight, but there’s a difference between promoting a battle between two great boxers for several world championships, and promoting the same fight for all of the heavyweight boxing championships.

We don’t know what terms a Fury vs. Joshua fight might end up happening on, or when they’ll finally get in the ring. We do, however, feel it’s the most likely end to the current logjam. What you won’t catch us doing is making predictions about the outcome of that fight!

Two years ago, Fury looked washed up, and Joshua looked unstoppable. Two years is a long time in boxing. Now, Fury is at the peak of the greatest comeback in heavyweight boxing history, and although Joshua’s regained his world titles, he lost some of his aura when he was stopped by the out-of-shape and unfancied Andy Ruiz Jr in early 2019.

Joshua beat Ruiz in the return fight in the same way that Wilder wants to beat Fury, but his image as the perfect boxer was shattered. Who would have their arm raised at the end of the fight? Fury or Joshua? We’ll leave that debate to you!