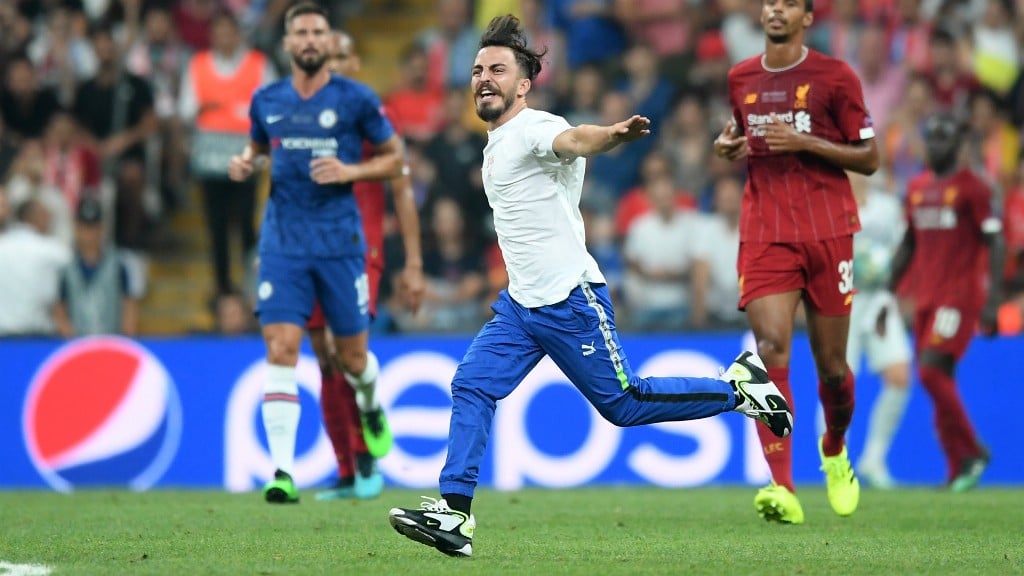 An interesting week in English Premier League football to say the least. Protesting fans have been seen all over the Internet with thousands of onlookers sharing a sorrowful shake of the head, condoning the actions of a few. But even with protests capturing the headlines for all the wrong reasons, the Premier League and FA have also reignited the Super League issue as steps are to be taken to ensure this kind of movement doesn’t happen again.

An event that saw many fans shaking their heads at the monstrosity unfolding before them, the Man Utd v Liverpool fixture was suspended after a demonstration got out of hand.

Making their voices heard over the current ownership debacle, thousands of fans turned up to protest outside the grounds, but others felt it necessary to breach security and get on to the pitch itself.

Acknowledging that fans have every right to voice their opinions in regards to the club, Man Utd has condemned the actions which led to extensive criminal damage, and furthermore the endangering the lives of other fans, the staff and the police in attendance.

In addition to those protesting at the grounds, other parties were also causing inconvenience at the Lowry Hotel by deliberately delaying the buses escorting the players to Old Trafford.

The Premier League has yet to announce when the postponed match up between Man Utd and Liverpool will take place. United, who will finish 2nd in the Premier League this season, have been making plans for next season. Transfer targets include the Spurs keeper Hugo Lloris.

With just a few games left for each Premier League team, you are running out of time to take advantage of free bets, offers, and other promotions currently offered by the best UK bookmakers. Still, you at least have next season to look forward to. If you do want some action for the remaining games, there are plenty of promotions you can take advantage.

There are some great sites which list the special promotions from bookmakers which include Premier League free bets, enhanced odds offers, and other betting offers and promotions. Alongside as detailing the many offers & tips leading online bookmakers currently provide, these sites will also tell you which sportsbooks offer the best Premier League betting odds and which provide live streaming of the big matches.

In the first published movement from the Premier League organisers, it has been made clear that a process is being put in place to prevent any more attempts at clubs trying to break away.

Stating that the six English teams will be held accountable for their actions in regards to the proposed Super League (Tottenham Hotspur, Liverpool, Man Utd, Chelsea, Man City and Arsenal), new rules are said to ‘protect the game’ and all those clubs have been requested to present evidence of their involvement with the now failed ESL.

The Football Association (FA) has also stepped in to consider the action to be taken, stating that the action of the involved clubs could have had a severely detrimental effect on English football.

A ‘New Owners Charter’ is also to be instigated by the governing bodies, to ensure that all clubs abide by the rules of the league and respect the principles of it too.

A movement in solidarity with the FA, EFL and the Women’s Super League, Premier Football League teams are boycotting social media for an entire weekend, meaning some matches scheduled to go ahead won’t get publicised.

Inclined to highlight the discrimination and abuse experienced by footballers across all social media platforms, the large scale movement calls on the social media bosses to do more in order to eliminate hate online and educate ‘people in the ongoing fight against discrimination’.