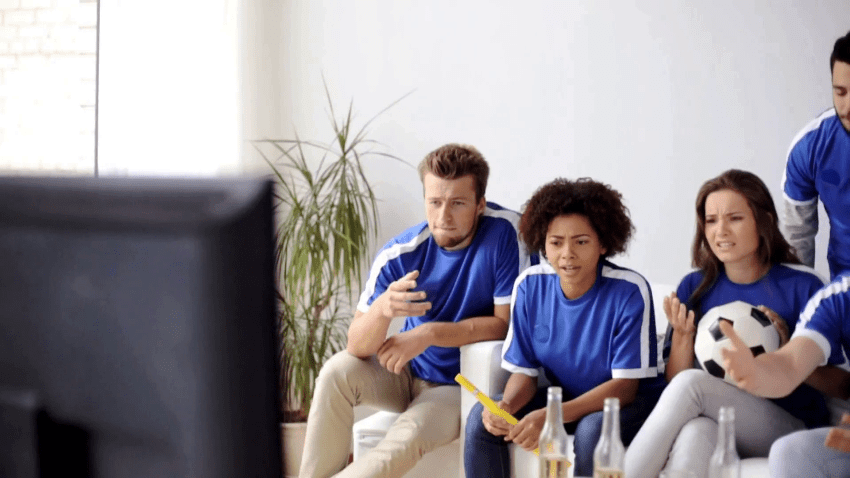 Soccer is one of the sports with the most devoted fans in the world. Almost every club, and even smaller ones, have their fan-clubs where fans can support their favorite team and its players. It would not be an exaggeration if we say that a lot of the times fans have an emotional connection to their favorite teams.

Soccer fan culture has evolved so much throughout the years that we can say that it generally plays a huge part in soccer. Back in 2017, The Club FC Fair Play applied to UNESCO that fan culture should become “world heritage”.

Soccer on television has become a spectacle. Billions are invested every year which has resulted in soccer becoming mass media entertainment. Not only clubs are investing this amount of money, but fans try their best to not miss any games.

There are websites such as TeleFootball.net that show fans the schedules for all Soccer matches and results of live games. Fans love websites and apps as such because they give real-time updates in case any of the games have been canceled or rescheduled.

In this article, we’re going to discuss how fandom and Soccer interact and the most interesting facts about the two.

History of Soccer and Fandoms

Football, or as we call it in the US – soccer,  has always been a social game – people gathered to play a game and get some kind of entertainment. In our modern society fandoms developed after World War II and fans began to see soccer as part of their national identity, and even patriotism.

The European Cup and the World Cup are one of the most beloved soccer events and not only fans of soccer but also audiences who want to support their country watch the game with excitement. Not only that, but soccer is a sport enjoyed by many people despite social class.

That being said, we notice that in recent year’s fandom seems to be disappearing from stadiums, leaving space for people who enjoy the sport without necessarily being involved with any fan club or team.

Soccer is a sport anyone can watch because it’s simple and everyone can easily understand it. Fans watch soccer on television or go to a stadium for a variety of reasons such as entertainment, meeting new people, because they want to support their favorite players, to gain new experience, to feel pride in their favorite team, or just to reduce stress from everyday life.

There are different types of fans too. Here are some of them:

For these types of fans, the experience is the most important factor when it comes to soccer. However, for the experience type of fans also look for something more – the success of their favorite team over a long period. They usually support bigger clubs who tend to do well. Smaller teams tend to struggle financially to keep up with large salaries and other fees so they generally don’t have many consumer-oriented fans. They see watching soccer as a leisure activity.

Fans that go for the experience

Fans like that enjoy the feeling of watching the game – the excitement, the atmosphere, and the tension. For them, soccer is like a spectacle, so they mostly watch the game on the television while gathering with other fans. Fans that enjoy the experience of watching a game enjoy feeling at the center of events and have a strong connection to their favorite team. They always want to support their team in one form or another.

The addicted to soccer fans

Those fans adore their favorite soccer team. A lot of people can call the addicted or hard-core and in some cases even ultras. They are very loyal to their soccer teams and clubs. They are also very emotionally attached to their soccer clubs. We can even say that for such fans soccer is a way of life. Fans like that often buy the teams’ merchandise such as t-shirts, cups, etc. Even if their team loses they are still going to be loyal.

Even though emotions over soccer may seem too much to some, or they might seem unpredictable, fans’ emotions have always played a huge part in the sports world. Soccer and most sporting events around the world revolve around fans and their emotions.

Emotions themselves are one of the biggest factors when it comes to the amazing atmosphere in stadiums and even pubs playing the game on TV. Soccer can create many positive emotions for fans and sports enthusiasts. Sometimes fans’ emotions can be negative too – especially when it comes to over the top reaction by hardcore fans. But most of the time we can say that fans’ emotions are one of the best parts of soccer.

They just go to live score sites like this one https://www.telefootball.net/US/tvs and their soccer curiosity is satisfied by knowing what happened, without caring much about how it happened. They are not people who are particularly interested in the club’s history or other forms of sports activity.

Some fans go to the stadium all the time but some prefer to watch a game quietly at home. Some participate in online forums discussing their club while others prefer to pay for a sports channel. All people and fans experience soccer in different ways and have different types of needs when it comes to watching the game.