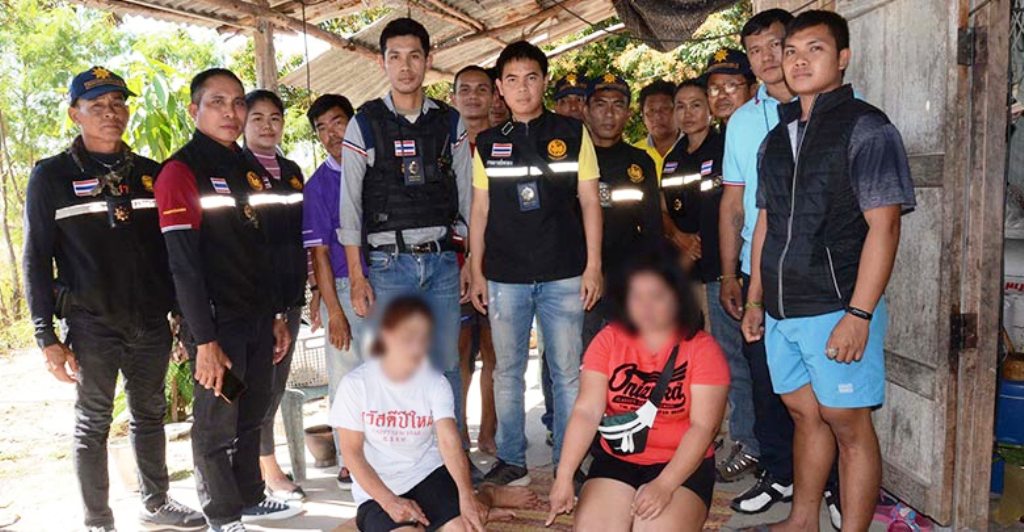 A 54 year-old mother and 25 year-old daughter have been arrested by Police for selling meth pills (Yaba) in northeastern Thailand. Claiming their illegal activities were to support the daughter’s 3-year-old boy.

The mother and daughter were arrested at their home in the city of Kalasin in northeastern Thailand.

Police report they received information that teenagers and adults were getting their yaba supply from a home in Kalasin City. People were walking in and out of the house all day, police said.

Officials planned a sting operation to catch the drug sellers in action. One of their detectives went to the home and found Sang 54. He asked if she had any yaba pills. Sang walked behind the house and came back with Yaba pills, before handing them to the detective.

Police converged on the house and after the undercover officer acquired the the evidence.

While they were arresting Sang another woman entered the house with a 3-year-old child. She was later identified as Sang’s daughter, Miss Tarnthip, 25.

The daughter was acting suspiciously so the officials searched her and found yaba pills hidden in her clothes. Both suspects admitted that they previously worked at a factory in Bangkok. However after Tarnthip’s father died they moved back home to Kalasin.

The two said they were both jobless and had a 3-year-old boy to take care for. Sang said she was the first to start into the drug business, she then enlisted her daughter shortly after. They would deliver drugs to customers or the customers would just come and pick up the drugs themselves.

The pair sold the meth pills (Yaba) for 70 THB per pill. They said the money made was used to take care of the young boy. Both of the suspects have been sent in for prosecution.The boy is currently in the care with relatives.