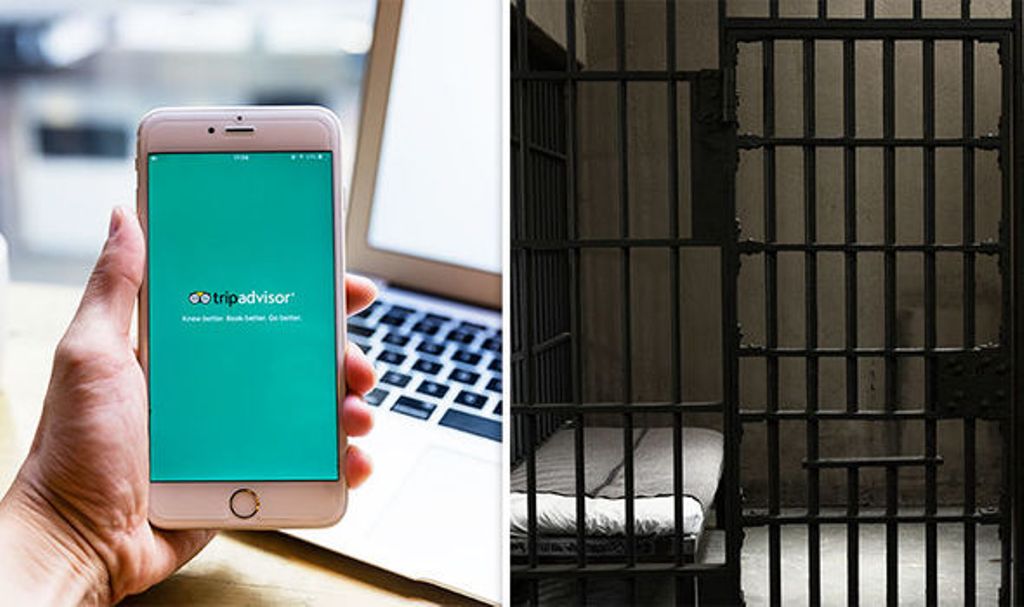 An American resident in Thailand who made a negative review on TripAdvisor is now being sued for defamation by a Resort owner. The  Koh Chang resort defended its decision sue the American over a negative review. Saying it had tried in vain to negotiate with him but he continued to post comments that were completely untrue.

The Sea View Resort released a five-page statement on Saturday after news of its legal action against Wesley Barnes attracted widespread attention. The statement was posted on the Twitter account of Richard Barrow, a British expat travel blogger with 167,000 followers.

SECOND UPDATE: Wesley B, the American who is being sued by a resort on Koh Chang for leaving a one star review has now sent me his response to the statement sent to me by the hotel #Thailand pic.twitter.com/hw1dsEzJWp

Under Thailand’s criminal defamation laws, Mr Barnes could face up to two years in prison if found guilty.

A recent visit to the resort on Koh Chang, Thailand landed Mr Barnes in trouble after he posted an unflattering review on Tripadvisor, one of the world’s most popular vacation review portals.

The Sea View Resort owner filed a complaint that the defendant had posted unfair reviews on his hotel on the Tripadvisor website. He said Mr Barnes was accused of causing “damage to the reputation of the hotel. He also fought with staff over not paying a corkage fee for alcohol he had brought to the hotel.

Mr Barnes, who works in Thailand, was arrested by immigration police and returned to Koh Chang where he was detained in jail for two nights before being freed on bail.

According to the Tripadvisor review that Mr Barnes posted in July, he encountered “unfriendly staff” who “act like they don’t want anyone here”.

Tom Storup, the rooms division manager at the resort, replied to Mr Barnes in a post dated July 20. He said that guests bringing their own liquor went against their rules. Furthermore it does in any hotel or resort I have worked or visited around the globe.  He said Mr Barnes used “abusive language” toward a staff member who explained the 500-baht corkage charge to him.

The resort’s food and beverage manager intervened for the safety and comfort of our staff and guests who were having a peaceful dinner, Mr Storup said. It was then when another guest at the table took over the conversation with our F&B manager. He apologized profusely and shook hands after a short chat.

The F&B manager then decided to allow them the liquor without charging you for the corkage fee.

The Sea View Resort told the Bangkok Post on Saturday that legal action was only taken because Mr Barnes had written multiple reviews on different sites over the past few weeks.

At least one was posted in June on Tripadvisor accusing the hotel of “modern day slavery.” TripAdvisor removed the post for violating its review guidelines.

We chose to file a complaint to serve as a deterrent, as we understood he may continue to write negative reviews week after week for the foreseeable future,” the hotel said. Adding that staff had made “multiple attempts” to contact Mr Barnes but they were ignored. This lead the business to resort to a legal complaint.

We agree that the defamation law may be viewed as excessive for this situation,” the resort said in its statement. Saying the guest had included “fabricated stories” in reviews posted on both Tripadvisor and Google reviews.

The guest refused to respond to our attempts at communication and instead continued to persistently post negative and untrue reviews. We simply wanted to ensure that these untrue reviews are stopped. Furthermore we had no way of negotiating the matter with the guest until after our filing the complaint with the authorities. Since the story went viral people on Google reviews have slammed the resort for taking legal action. Meanwhile TripAdvisor has suspended all reviews of the resort.

TripAdvisor wrote [due to a recent event that has attracted media attention and has caused an influx of review submissions that do not describe a first-hand experience. We have temporarily suspended publishing new reviews for this listing. If you’ve had a firsthand experience at this property. Please check back soon – we’re looking forward to receiving your review.] Defamation laws in Thailand have long been seen as problematic. Businesses and politicians frequently uses the law to intimidate critics. The maximum sentence under the law is two years in prison, along with a 200,000-baht fine.

One example that stands out in Thailand involves the Lop Buri poultry farm Thammakaset Co Ltd. A former supplier to the agribusiness giant Betagro. A complaint filed in 2016 with the National Human Rights Commission. It alleged that migrant workers at the farm were forced to work up to 20 hours a day. The were allegedly paid less than the minimum wage and had their identity documents confiscated.

The Department of Labour in August 2016 ordered Thammakaset to pay the workers 1.7 million baht in compensation. However the money was not handed over until 2019.

The retribution has been incessant. Thammakaset over the past four years has filed 39 criminal and civil complaints against 22 individuals. Including migrant workers, journalists, human rights defenders and one media company.

In December 2019, a court sentenced a Voice TV reporter, to two years in prison for criminal libel. Consequently for a comment she tweeted about the grievances against the company. She was freed on bail pending an appeal.

Her conviction stemmed from her use of the words “slave labour” in a report on the compensation order.