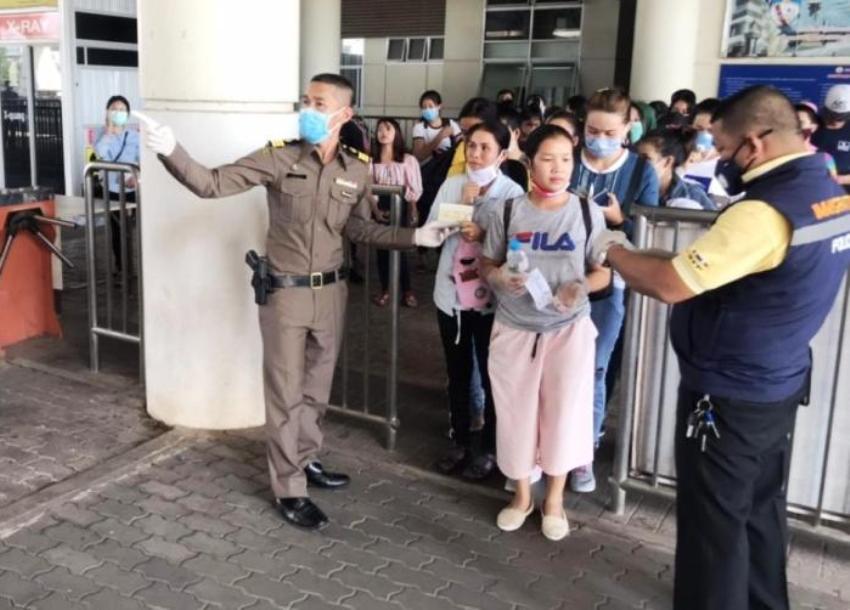 Migrant workers were being allowed to leave Thailand on Monday, even though all border checkpoints were ordered closed on Sunday. Lao and Vietnamese migrant workers crossed the Friendship Bridge to Thakhek in Khammouane province of Laos on Monday.

On Monday morning, the bus terminal in the Nakhon Phanom Municipality was crowded with Lao and Vietnamese workers. Arriving from Bangkok and surrounding provinces.

Despite the border being closed from 10pm on Sunday, they were being allowed to pass through immigration. They crossed over to Laos over the 3rd Thai-Lao Friendship Bridge to Thakhek. Otherwise, they would be stranded in growing numbers on the Thai side of the border. Buses were arranged to take them across the border bridge.

This special arrangement was for migrant workers only, not ordinary travellers, according to the Bangkok Post.

Migrant workers preparing to cross to Laos were also seen buying quantities of dried food. Especially instant noodles, to take with them. It was not known when the border would be reopened and they could return.

Meanwhile, Thai workers returning to their home provinces from Bangkok are being told to go into 14-day self-isolation.

Since Bangkok and surrounding provinces were locked down, Chiang Mai, Nakhon Ratchasima and Udon Thani have followed suit. Buri Ram was the first but has reported only one confirmed Covid-19 case.

A British national who arrived from the US and admitted himself for medical treatment.