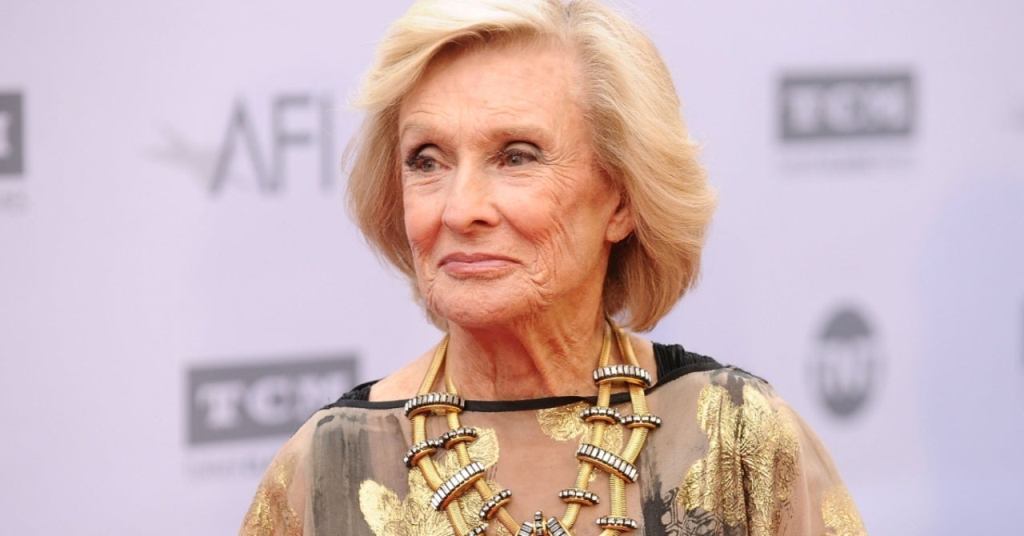 Academy Award winner Cloris Leachman, one of the most decorated actors in television history, best known for playing nosy neighbor Phyllis on “The Mary Tyler Moore Show,” died Wednesday. She was 94.

She died of natural causes at her home in Encinitas, California, spokesperson Monique Moss confirmed.

Leachman, who was inducted into the Academy of Television Arts & Sciences’ Hall of Fame in 2011, won the award for best supporting actress in a comedy series in 1974 and 1975 for her work as Moore’s snobbish neighbor, Phyllis Lindstrom.

The show and the character were so popular that Leachman was spun off into her own show, “Phyllis.”

She won the 1973 Emmy for best leading actress in the TV movie “A Brand New Life,” playing a first-time mother in middle age — a daring act in the era. Leachman was 46 when the “ABC Movie of the Week” aired Feb. 20, 1973

Other Emmy wins included awards in 1975 for best supporting actress in a variety or musical for her work in “Cher,” in 1984 for best variety performance in the “Screen Actors Guild 50th Anniversary Celebration” and in 1988 for best actress in a guest role for “Promised Land.”

Younger TV fans probably know Cloris Leachman best for “Malcolm in the Middle” as Malcolm’s hilariously scheming grandmother. She was also a contestant on the 2008-09 season of ABC’s “Dancing with the Stars”; at the time, she was the oldest competitor in the show’s history, at age 82.

The “Malcolm” gigs earned her Emmy Awards in 2002 and 2006 for best guest actress in a comedy. Leachman insisted that she went into every awards night assuming she wasn’t going home with a statue.

“Malcolm in the Middle”

“I never had a speech because I never thought I was going to win,” Leachman told the TV academy in a 2015 interview.

“But if you are good at what you do — and I always intend to be good at what I do — then the acclaim is just the follow-through. But it is a wonderful feeling,” she said.

“Such sad news—Cloris was insanely talented,” Brooks tweeted Wednesday. “She could make you laugh or cry at the drop of a hat. Always such a pleasure to have on set. Every time I hear a horse whinny I will forever think of Cloris’ unforgettable Frau Blücher. She is irreplaceable, and will be greatly missed.” But Leachman will be best known as “Mary’s” neighbor and landlady. Of the actors who were in as many “Mary Tyler Moore Show” episodes as Leachman, those who have died include Moore, Ted Knight, Georgia Engel and Valerie Harper.

Cast member Ed Asner tweeted a photo of himself with Leachman on Wednesday, saying, “Nothing I could say would top the enormity of my love for you.”

“The picture that we all have of Mary, that’s how she was — sweet, kind, so tender, so delicate,” Leachman said. “She was America’s sweetheart. We loved you.“

In the show, Leachman’s Phyllis frequently and hilariously clashed with Harper’s Rhoda in on-screen conflicts that were the opposite of real life.

“‘The Mary Tyler Moore Show’ was a gorgeously written show. My character, Phyllis, wanted Mary to be her best friend … and she couldn’t stand Rhoda. Ha! In reality, Valerie and I were best friends,” Leachman told the TV academy n 2015.

Leachman had slowed down in recent years. In a 2015 interview with NBC’s “TODAY” show, she struggled getting out of a chair.

“I’m going to get up. It’s very difficult. I can get this far,” said Leachman, who was then 89, putting her hands on the chair’s arms and pushing herself up several inches before freezing. Even with a slower body, Leachman showed that her comedic mind was sharp as ever with a perfectly timed “And then you come in,” signaling for co-hosts Hoda Kotb and Kathie Lee Gifford, who came to her rescue.

Leachman credited her initial interest in radio and television to her mother, also named Cloris, who encouraged her to explore her creative side.

“Momma never pushed me to anything, always an invitation,” Leachman said at her 2011 induction into the TV academy’s Hall of Fame.

Leachman, who was born and raised in Iowa, was among the many famous actors who studied at Northwestern University. She moved to the outskirts of Chicago and competed in the 1946 Miss America competition as Miss Illinois.

“She loved her children and her grandchildren ferociously,” Leachman’s longtime manager Juliet Green said in a statement after her death. “A lifelong vegetarian, she was a passionate advocate for animal rights. The family requests that any donations in her name be made to PETA or Last Chance for Animals.”

The actor is survived by her sons Morgan Englund, Adam Englund and George Howe Englund Jr. and her daughter, Dinah Englund. Leachman’s former husband, George Englund, the father of her five children, died in 2017, and a son, Bryan Englund, died in 1986.