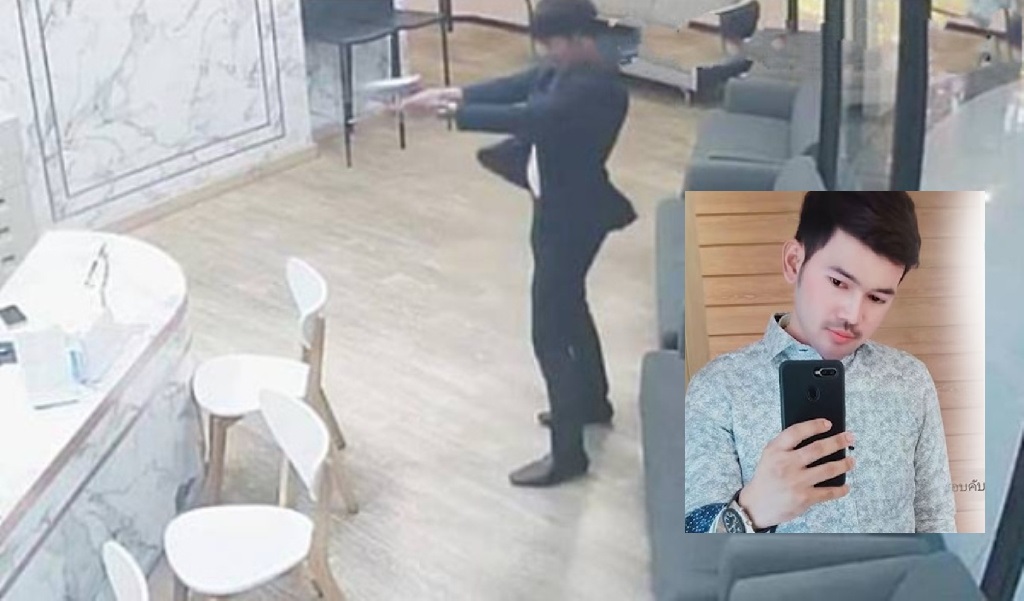 Bangkok police have reported that the gunman accused of shooting dead his ex-wife and wounding another woman at Bangkok shopping mall has been arrested. Mr. Danusorn Numcharoen, 28, was taken into custody about 4.30am on Wednesday.

On Tuesday afternoon, he walked into The Icon Clinic at the Century Plaza and shot dead Piyanut Chatthai, 28. He opened fire with a handgun, consequently hitting Miss Piyanut in the head and the body.

Another woman, Wilasinee Teepan, 29, was also hit and seriously wounded in the calculated attack. She was rushed to hospital the Bangkok Post reported.

Furthermore a video of the cold-blooded shooting from the clinic security camera was later posted on Facebook.

Mr Danusorn was brought to Bangkok for legal action. He was charged with premeditated murder; attempted murder; having a firearm in possession without permission; and also carrying the firearm in public without reason.