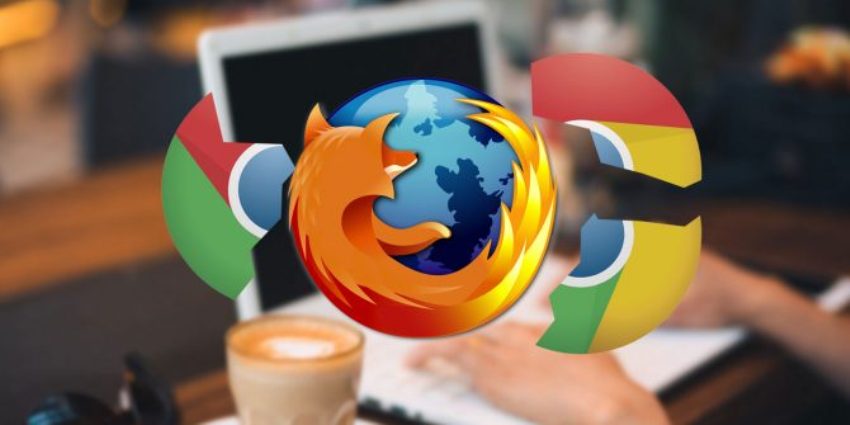 If you’ve been on the internet for as long as we have, you’ll remember when Mozilla Firefox was new and exciting. Everybody knew that Internet Explorer was terrible (there was a reason that it was informally known as ‘Internet Exploder’ for years).

However Google Chrome was still a few years away from being a viable prospect. Furthermore only computer programmers and rich college kids had Macs. If you wanted to get away from the poor performance and viruses you could expect to catch through Internet Explorer, Mozilla Firefox was your only option.

Firefox won a few battles in those early days of browser competition, but it never won the war. If we go back just over eleven years to January 2009, Firefox was estimated to have just under a 30% market share. With Internet Explorer holding 65%, and the remaining five percent being split between every other browser available.

For the record, Google Chrome in its nascent form had less than 1.5%. Five years later, Chrome had become dominant in the market and seized 46%, but Firefox was still mostly holding it together with a 20% market share. From there, everything goes very wrong very fast. In January 2016, Firefox was down to fifteen percent of the market. By January 2018, it was eleven percent. One year later, it had dipped below ten percent for the first time. Dropping as low as 9.5%. By this point, Chrome was serving more than seventy percent of all internet users.

Microsoft had even bigger problems – its new browser Edge was used by just 4.41% of all internet users. Internet Explorer, despite being officially discontinued, still had a larger market share at 5.74%. The most recent figures available at the time of writing come from October 2019 and show Firefox marginally down again at 9.25%. It’s becoming a niche browser for niche internet users – so why is it that it’s suddenly making headlines again?

The answer to that question is that Mozilla has just switched on a new security feature in Firefox – and it’s one that’s attracted a considerable amount of controversy. The new system is known as default DNS over HTTPS. In layman’s terms, it means that pieces of information about your browser use that are normally communicated across the internet in plain text format will now be encrypted. For the uninitiated, encryption is a means of cloaking information as it passes between two points using a code or an algorithm that makes it almost impossible to decipher. Deciphering the code isn’t impossible, but it the algorithms involved are so complex that they’re similar to the mathematics that goes on behind the scenes of a game on an online slots websites.

There are hundreds of thousands of possible combinations that might appear on an UK Online Slots on every spin, and they all need to be calculated in the same micro-second that the user presses the spin button. We use online slots as an example because anyone who’s able to crack an encrypted code has something very important in common with an online slots player – they’ve hit the jackpot, and their success has come more through luck than judgment.

Mozilla’s publicly-stated reasons for wanting to encrypt this information are myriad. They’re concerned about users losing more and more of their privacy over time. Furthermore they’re also wary of the increasingly advanced targeted advertising methods used by multi-national corporations and some ISPs.

If the data is masked, tracking software can’t direct adverts toward a user based on websites that they’ve visited immediately before landing on a new website. The DNS server will still be aware of who you are and where you’re going. But Mozilla has decided to work only with Cloudflare and NextDNS to provide DNS services on the grounds that they trust both companies when it comes to safeguarding the privacy of users. Some of you will be reading this and wondering why the new system is controversial if all it does is safeguard the privacy of users – and the answer is that snooping and security services don’t like it very much. GCHQ, the United Kingdom’s communication and intelligence service, have so many reservations about the application of the new system that they’ve told Mozilla not to turn it on in the UK.

Mozilla has heeded the warning, and so at the time of writing, they’re focusing on the United States of America only – where it may even have been switched on by the time you read this. It should be noted that GCHQ has also pre-warned Google against trying to do the same thing, and so users there shouldn’t expect an upgrade to their privacy in the near future.

The official reason for GCHQ’s dislike of the technology is that it could ‘impede police investigations’ and might even increase the risk of a cyber attack happening in the UK, although their connection of cause and effect in that example is unknown.

American legislators and policy-makers have also said that the tech could stop network administrations from safeguarding against dangerous content, although their opposition hasn’t been as fierce as what Mozilla came up against in the UK.

Something new for Firefox Will any users be motivated to switch to Mozilla after hearing that they’ll have a better degree of privacy with Firefox than they will with Google Chrome? Perhaps, perhaps not. Even if they do, we suspect it won’t happen in large enough numbers to make a significant difference to Mozilla’s ever-dwindling share of the market.

It’s nice to see that they’re still there and still, trying, though – clearly they haven’t given up on the hope of bringing Firefox back from the brink, and it isn’t a bad thing to have a little competition in the market.

The intelligence services of the United Kingdom might not be their biggest fans, but we applaud Mozilla for trying something new with Firefox, and we hope that the old browser is still around attempting new innovations five years from now.

Best Gadgets a Data Science Student Must Own