US Ambassador to Thailand: Building the Mekong River-U.S. Partnership
Advertisement 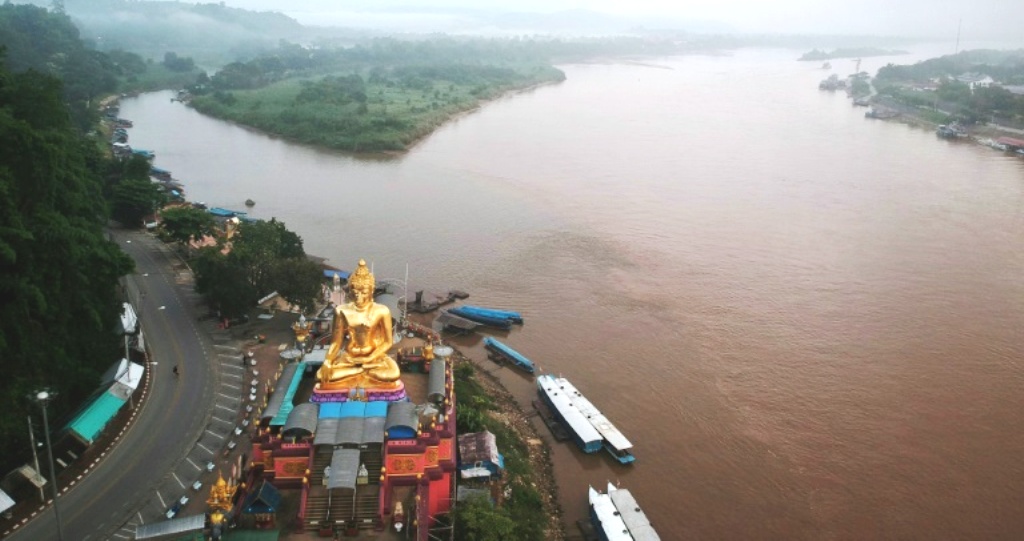 Building on a relationship spanning two centuries, Thailand and the United States took an important step forward to work even closer together. Elevating our already strong and dynamic relationship over the Mekong River.

On Friday, along with Deputy Prime Minister Don Pramudwinai and officials from the four other countries in the lower Mekong basin, the United States launched the new Mekong-U.S. Partnership, which will also build on decades of collaboration and $3.5 billion in U.S. assistance provided under the Lower Mekong Initiative over the past 11 years.

In upgrading our efforts with the Mekong-U.S. Partnership, the United States will support even greater connectivity and development in the region for years to come. With more than $150 million in regional initiatives already in the pipeline, our cooperation through this partnership will also expand to include the full range of economic, security, governance, health, and environmental efforts – a fitting approach to collectively address shared challenges in the region, from devastating drought to drug trafficking.

No other country is better positioned to reap the rewards of this enhanced partnership than Thailand, where our two countries came together over 200 years ago to foster a friendship based on trust, transparency, and mutual benefit.

Thailand, already a regional center for trade and investment, has much to gain from a more resilient Mekong region with improved infrastructure and enhanced capacity to mitigate security, health, and environmental challenges. Working side by side last week, high level officials from our two countries signaled our mutual commitment to making that a reality through this new partnership.

Such support shouldn’t come with corruption, burdensome debt, or exploitative concessions. For example, the U.S. International Development Finance Corporation has already invested $1 billion in Southeast Asia and aims to invest and catalyze billions more in Mekong infrastructure in the coming years. In addition, the U.S. Infrastructure Transaction and Assistance Network will bolster the ability of countries in the region to implement sustainable, transparent, and high-quality infrastructure projects that bring the most value to the populations of the Mekong region.

It is not just the United States that offers a principled partnership. Friends and partners like Australia, Japan, the Republic of Korea, and India have come together to bolster the Mekong region’s security, economic growth, environmental protection, good governance, and cooperative values through dynamic new relationships.

For example, the Japan-U.S.-Mekong Power Partnership provides Mekong countries with resources to increase regional electricity trade, with an initial U.S. commitment of $29.5 million. Through this initiative, Thailand, Japan, and the United States are working with our Mekong partners to build an interconnected energy network and competitive power markets that will unlock the economic potential of the region.

Our new partnership recognizes that overcoming the complex challenges facing the Mekong region will require strong cooperation. The Mekong-U.S. Partnership will continue to safeguard the health of the Mekong River, which supports the livelihoods of 60 million people. Accordingly, the United States will also maintain support for the Mekong River Commission (MRC) and the sustainable development of this important river.

We also strongly support sharing of year-round water data using the MRC’s existing platforms, including flow release data from upstream infrastructure projects. When managing a river that transcends national boundaries, transparency is key. While the Mekong River brings life, it can also be a conduit for smuggling by transnational criminal organizations.

Drug Trafficking on the Mekong

To help our Mekong friends counter these cross-border crimes, the United States is providing $54 million, complementing ongoing and planned assistance from Australia. Above all to fight the trafficking of people, drugs, natural resources, and wildlife, including crimes linked to the surge in the production of methamphetamines.

This past year our nations have been reminded that we must work together to successfully overcome the challenges of our time. Some countries have exploited this period of uncertainty for their own advantage. The United States recognized the opportunity to work together to build a stronger, more prosperous Mekong region.

Furthermore as with any ground-breaking venture, if we endeavor to achieve success during these unprecedented times, then our two nations, along with partners in the region, must forge new agreements that affirm our enduring friendship and demonstrate our commitment to a united future.

By US Ambassador Michael George DeSombre

Ambassador Michael George DeSombre was nominated by President Trump on July 17, 2019 and confirmed by the United States Senate on January 8, 2020 as U.S. Ambassador to the Kingdom of Thailand.