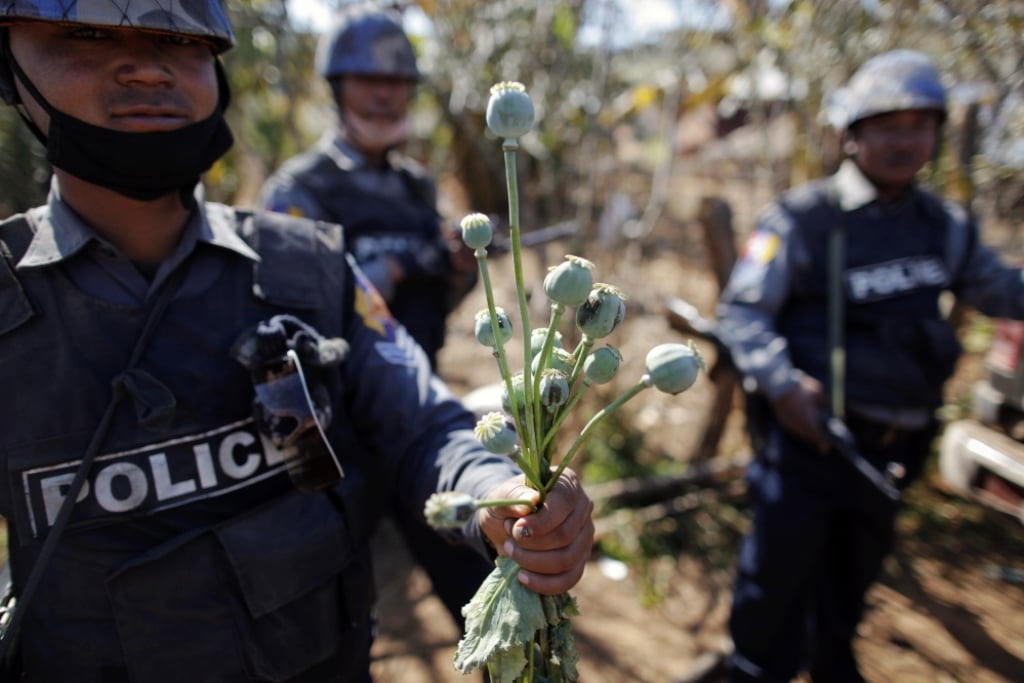 A new report from the United Nations Office on Drugs and Crime (UNODC) confirms that production and demand for opium has further declined as the region’s synthetic drug market continues to expand and diversify.

The report titled “Myanmar Opium Survey: Cultivation, Production and Implications”, highlights that the downward trend that started in 2015 has continued, and confirms that opium farmers are experiencing declining incomes amidst the disruption in trade that has accompanied the ongoing COVID-19 pandemic. “Opium-dependent regions and communities are being impacted by changes in the drug economy”, says UNODC Country Manager for Myanmar, Benedikt Hofmann.

He continued, “Alternative development programmes that offer viable, sustainable sources of legitimate income and assistance to communities in Shan and Kachin are critical to the country’s future.” Prior to COVID-19, UNODC estimates suggested that opium farmers in Myanmar earned less than 10% of the money generated by the country’s opiate economy.

In spite of the continuing shift towards synthetic drugs, organized crime groups that traffic heroin in Southeast Asia have continued to generate substantial profits from the business. Latest findings from 2020 show that domestic heroin consumption of 6 tons was valued at US$ 144 – 315 million, while the export of heroin from Myanmar to neighbouring countries was worth between US$ 0.5 and 1.6 billion locally.

Heroin also continues to pose a significant public security and health challenge for neighbouring countries as Myanmar remains the major supplier of opium and heroin in East and Southeast Asia, as well as Australia. According to the latest estimates, there are more than 3 million heroin users in the region consuming approximately US$10 billion worth of the drug annually.

The report also warns that the interplay between opium cultivation, heroin production and the illicit drug economy has had a clear impact on the conflict situation in Myanmar and the establishment of long-term peace and stability.

“There is a longstanding connection between drugs and conflict in Myanmar, and any meaningful action to address the conflict will require breaking this cycle,” noted Jeremy Douglas, UNODC Regional Representative for Southeast Asia and the Pacific.

He added, “The money generated has fueled a corrosive political economy and continued militarization, and it is clear that poor opium farming areas require better security and sustainable economic alternatives. The fact is that opium and heroin still remain an important source of income for organized crime even as the production of methamphetamine

and other synthetic drugs has again increased. It is important to develop strategies to address the overall drug economy.”

UNODC works closely with countries in the region to monitor drug trends and provide expert advice on detection, investigation and public health responses, and importantly to create space for countries to collaborate and respond together.