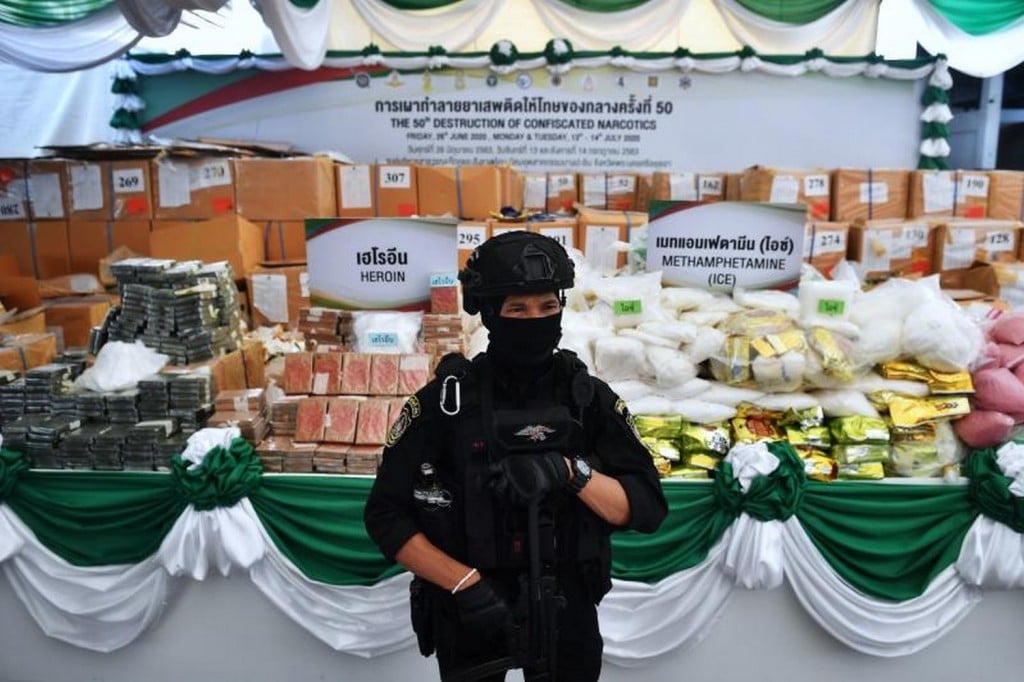 The October arrest of Hong Kong citizen Lee Chung Chak in Bangkok preceded last month’s high-profile arrest in the Netherlands of Tse Chi Lop. Tse is a China-born Canadian national who police suspect is the top leader of the syndicate, also called “The Company”.

Lee, 65, is a former prison mate of Tse’s suspected of being involved in drug trafficking for four decades. A 2018 Australian Federal Police (AFP) document reviewed by Reuters outlining the top 19 targets in the syndicate described Lee as a “senior project manager responsible for big ventures of border controlled drugs”.

The two arrests on different continents within three months stem from a decade-long investigation by the AFP, which also leads the multinational Operation Kungur task force targeting the syndicate.

It is rare for suspected senior drug traffickers to be arrested and successfully prosecuted in the Asia-Pacific region.

“The suspect was arrested by Thai Narcotics police on Oct 1 based on an arrest warrant issued by a Thai court, which followed an extradition request by the Australian authorities,” Lt Gen Montri Yimyaem, head of Thailand’s Narcotics Suppression Bureau, told Reuters when asked about Lee. “The extradition is currently being processed by the court.”

Major player in the drug trade

In recent years, Lee has emerged as a rival to the Canadian as a major player in the region’s drug trade, according to two investigators, who spoke to Reuters on condition they not be identified.

“We understand his star had risen to be an equal or even a bigger player,” said one of the investigators. “He’s a very significant arrest in his own right.”

Thai authorities seized a laptop and multiple phones when they searched Lee’s serviced apartment in an upscale Bangkok area, a potential treasure trove of intelligence, the two investigators told Reuters. A third official added that a document and cash in several denominations were also seized.

Lee is appealing the November approval by Thailand’s Criminal Court of Australia’s extradition request, said a source at Thailand’s Ministry of Justice. Tse is in prison in the Netherlands, where a court has yet to rule on his extradition to Australia.

The alleged role of Tse, whose nickname is Sam Gor, or “Brother Number Three” in Cantonese, as leader of the syndicate and the investigation into his activities was revealed by Reuters in 2019.

Leader of the drug ring

The United Nations Office on Drugs and Crime (UNODC) has estimated the syndicate made up to $17 billion from methamphetamine trafficking in the Asia-Pacific region alone in 2018. The UNODC representative for Southeast Asia and the Pacific, Jeremy Douglas, compared Tse to the notorious Latin American cartel boss Joaquin “El Chapo” Guzman.

Tse and Lee were the subject of requests by the AFP for law enforcement authorities around the world to arrest them. They are expected to be charged in connection with importing illicit drugs a decade ago, the investigators say.

The two men supplied drugs to a Melbourne-based drug ring and were recorded on intercepts directing the leader of the ring, Suky Lieu, the investigators alleged.

A judge’s verdict rejecting Lieu’s attempt to have his prison sentence reduced said that Lieu owned a small Asian grocery store and was regularly in touch with his Hong Kong-based drug suppliers, using as many as 60 phones and SIM cards and speaking in code. The verdict said Lieu was the leader of the drug ring. Tse and Lee were not named in the verdict.

The two investigators told Reuters that Lee was arrested in Sydney in the 1980s, allegedly for being a manager of heroin couriers. He never went to trial because a key witness died, they said. Reuters could not independently confirm this.

Lee was sentenced to 140 months in prison in 1998 for playing a “supervisory role” in a conspiracy to import heroin into the United States, federal court filings there show. Lee, extradited from Thailand to face the charge, spent time in the Elkton penitentiary in Ohio while Tse was imprisoned there.

Tse was sentenced to nine years in prison for a separate conspiracy to import heroin into the United States. The two were released from Elkton within a month of each other after completing their sentences, US Bureau of Prisons records show.

Police suspect Lee later played a key role for the syndicate overseeing drug lab operators in Shan State in northern Myanmar and regularly travelled there, the two investigators said. Shan State, which is largely controlled by ethnic armed groups, has been the epicentre of drug manufacturing in Southeast Asia’s Golden Triangle for decades.