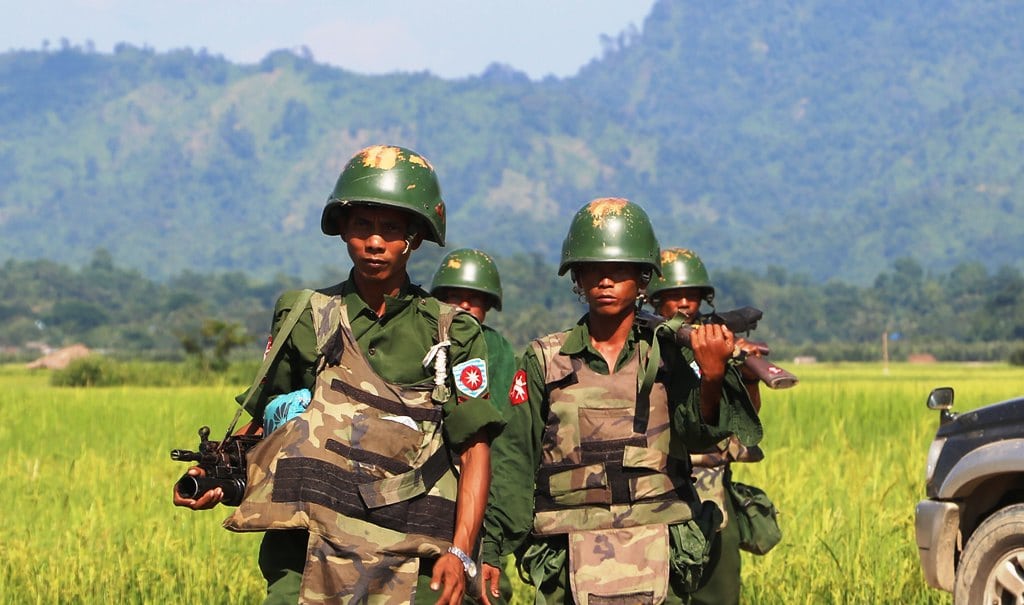 A civilian told SHAN that villagers were hiding in their houses when the evening battle erupted today. He heard that both sides suffered casualties.

SHAN couldn’t reach the TNLA spokesperson for comment today. But the Ta’ang EAO recently reported fighting with RCSS at Namtu, Hsipaw and Kyaukme townships on January 1.

Villagers told SHAN there was fighting near Kun Hauk village, in Hispaw Township, and in Namtu Township on January 2.

Violence between the EAOs resumed at the beginning of December and nearly one-thousand villagers remain displaced by the conflict. At least three women, one of which is pregnant, and a male teenager were wounded during clashes that broke out on December 10.

After the RCSS signed the Nationwide Ceasefire Agreement (NCA) with the government and Burma Army in late 2015, hostilities began with TNLA in northern Shan State.

The TNLA is not a signatory to NCA but there’s been discussions about reviving negotiations on a bilateral ceasefire agreement with the government along with other member groups from the Northern Alliance.

The internal conflict in Myanmar is a series of insurgencies in Myanmar that began shortly after the country, then known as Burma, gained independence from the United Kingdom in 1948. The conflict has largely been ethnic-based, with several ethnic armed groups fighting Myanmar’s armed forces, the Tatmadaw, for self-determination.

Despite numerous ceasefires and the creation of autonomous self-administered zones in 2008, many groups continue to call for independence, increased autonomy, or the federalization of the country. The conflict is also the world’s longest ongoing civil war, having spanned more than seven decades

The SSA recruited and trained thousands of local Shan people to join their ranks. Although their initial purpose was to fight for autonomy in Shan State, their battle had extended to fighting against the Communist Party of Burma (CPB), Kuomintang soldiers sponsored by the CIA in Myanmar, and opium smugglers in Shan State.