Benefits You Can Experience From Implementing Online Therapy 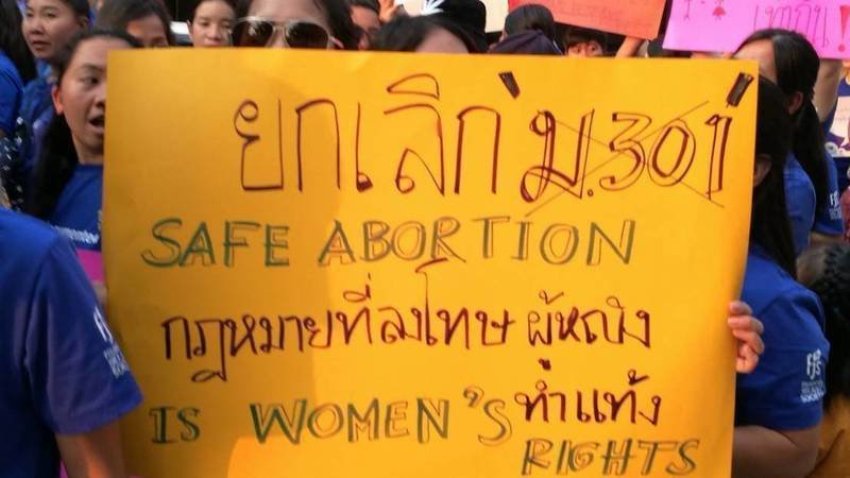 Thailand’s Constitutional Court has ruled a section on abortion of the Criminal Code is unconstitutional because it breaches the principles of equality and liberty. The ruling takes effect 360 days after the ruling date on Feb 13 next year.

The court also ordered the section on abortion and a related one be amended to make them in line with the 2017 constitution.

The ruling came after Srisamai Chueachart petitioned the court to rule whether the laws on abortion. Sections 301 and 305 are in conflict with provisions on rights and liberties under the charter.

Section 301 of the Criminal Code punishes a woman who has terminated a pregnancy by herself. Or allowed another person to do it with three years in jail and/or a fine up to 60,000 baht.

The court ruled the section violates Sections 27 or 28 of the 2017 Constitution. Which endorse equal rights between men and women, as well as the right and liberty of everyone in his/her life and person.

Section 305 of the Criminal Code exempts the offence under Section 301 for medical reasons. Also for doctors who perform it. The exceptions are a pregnancy that poses; a physical or mental health threat to the mother; girls younger than 15 years old who have been raped; and fetuses with fatal abnormalities.

On this section, the court ruled the section does not violate the charter

On whether related laws should be amended and how, the court ruled Sections 301 and 305 should be rewritten to be in compliance with the highest law.

It remains unclear at this stage how the provision will be amended. By citing sections on equality between men and women, the court could mean a man who caused a pregnancy should receive the same punishment a woman seeking to terminate it.

Dr Chaiwalee Srisukkho, a member of the the Medical Council of Thailand, said the court did not decriminalize abortion; it wants men to face the same penalty as women seeking to terminate a pregnancy.

“Related agencies must hold public hearings on how the law should be amended. It should comply with the constitution, benefit women and be in line with Buddhism,” she said.

Activists have long campaigned for a repeal of the two sections, and having the Public Health Ministry regulate it instead.

They blame it on a deeply rooted attitude in the Criminal Code, which views abortion is a crime. Besides, Section 301 is the only one in the code that exclusively mentions women. Other sections use the term “a person”. They also point out the fact that a pregnancy is not caused only by a woman. But a man has never been punished in the same way for an abortion.

They also claim the laws penalize women although there is no damaged party and the decisions are within their right.  Another main reason is doctors are reluctant to perform the procedure. Even though exemptions are outlined in the law, forcing some women to seek help from illegal clinics.

They estimate the number of women seeking underground abortion is 200,000 a year.

Here Are a Number of Aftercare Tips After Breast Surgery