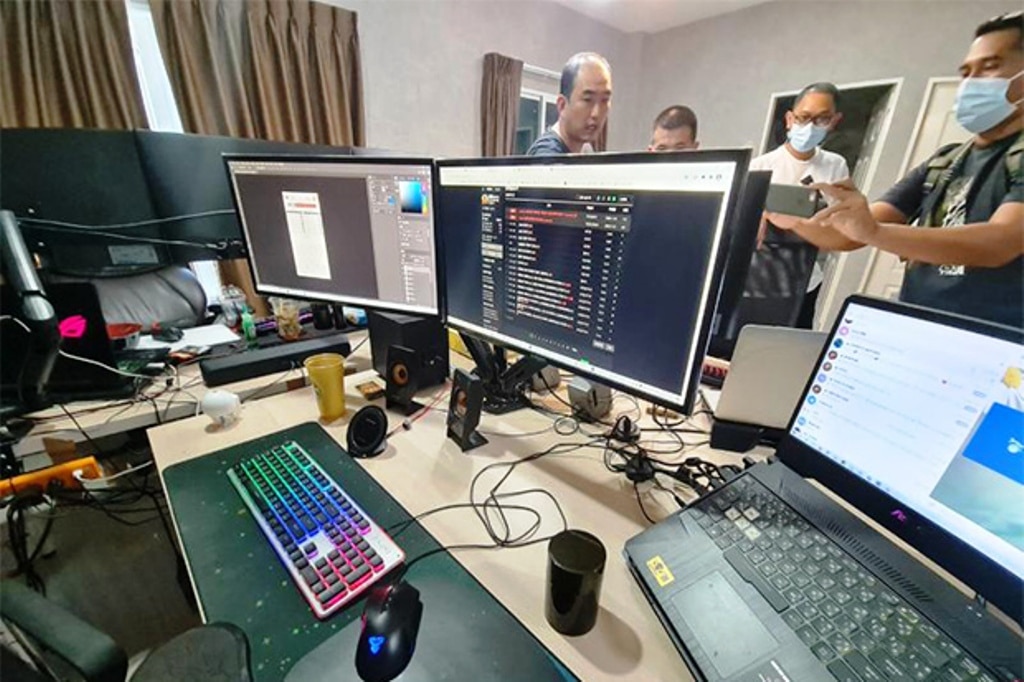 Four South Korean men have been arrested for working illegally, with one of them wanted by Interpol for posting child pornography on the internet, immigration police said on Tuesday.

Their arrest follows information from the South Korean embassy, which asked Thai authorities to track down a group of men from South Korea believed conducting an illegal business in Phuket.

After an investigation, immigration police on Dec 29 searched a rented house at Villa Kathu Housing Estate in Kathu district of Phuket.

There were four South Korean men in the house, working with computers, designing websites and trading in cryptocurrencies, according to the Bangkok Post.

They were identified as Kang Mingu, Chul Jae Jung, Min Joo Won and Kim Hyun Su. Documents found on the premises indicated they also ran a money lending business. All were charged with working without a permit.

Kang Mingju was additionally charged with overstaying his visa, and is the subject of an Interpol red notice for allegedly publishing obscene photos of children on the internet. They were handed over to Phuket police for legal proceedings.

No Lockdowns for Phuket

Meanwhile, amid concerns spiraling online, Phuket Governor Narong Woonciew has confirmed there are no lockdowns in Phuket and has asked officials and local people to strictly follow the COVID-19 control measures.

Governor Narong explained that at this stage, all people entering Phuket must be screened to prevent the spread of the virus. However, in an order posted online, he also only “asked” people returning from risk areas to self-quarantine for 14 days after arriving on the island.

All relevant agencies and other organisations, including stores and businesses across the island were also urged to ramp up their COVID-protection measures.

Walking street markets must remain closed until Jan 20, while department stores are asked to make sure more hand sanitiser is available for customers.

Further, the Phuket office of the Department of Land Transport will not provide services that require an applicant to visit the office in person, he added.