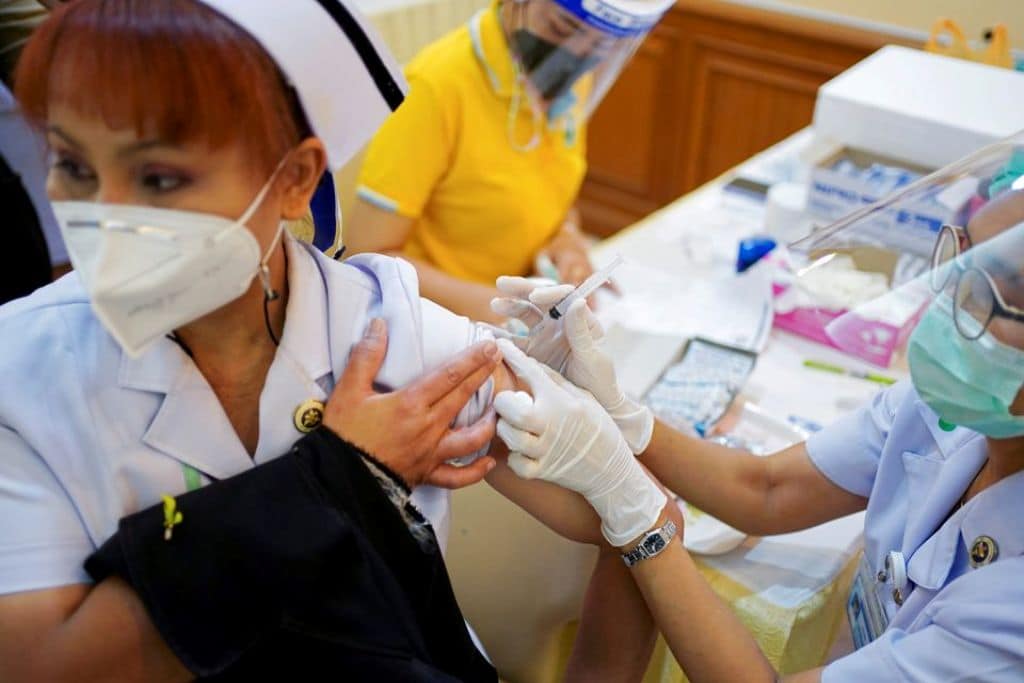 People in Thailand are raising serious doubts over getting vaccinated with China’s Sinovac vaccine after another Nurse died in less than a week after getting her first shot of inferior vaccine.

The death of 39 year-old Nurse Ms Uraiwan Chantharaplin was announced by the Samutsakhon Hospital where she worked. She was assigned to the men’s ward and came down with fever, a cough and a sore throat on July 25.

She was immediately tested with the result given the next day confirming she had contracted Covid-19, Dr Anukul Thaithanan, the hospital director, said on Monday.

On July 27, she was admitted to the Samutsakhon Hospital after taking care of her mother and niece who were both infected and were being treated in the same hospital.

Ms Uraiwan was put on respirator before being placed in the intensive care unit. On July 30, she was referred to Rajavithi Hospital in Bangkok where she died two days later.

Dr Anukul said Ms Uraiwan died less than a week after receiving her first dose of Sinovac vaccine on July 20, which is the reason her immunity against the virus had not built up.

She was the first medical worker to have died from Covid-19 at the Samutsakhon Hospital. Dr Anukul said about 200 medical workers at the hospital have fallen ill from the virus so far although most of them did not exhibit severe symptoms.

Kittima Limprasert, the hospital’s deputy director, said Uraiwan was a dedicated nurse well-loved by her colleagues and patients. Her death has not demoralised other medical workers.

In June Chawetsan Namwat, director for emergency health hazard and disease control at the DCD, said that 243 people were hospitalized and 7 died after receiving their second shot of the Sinovac vaccine.

To date a total of 105 people have died after receiving various Covid-19 vaccines in Thailand. A probe was completed into the deaths and no link was made back to vaccines.  The causes were coincidental as many suffered from heart disease, diabetes and other related illnesses.