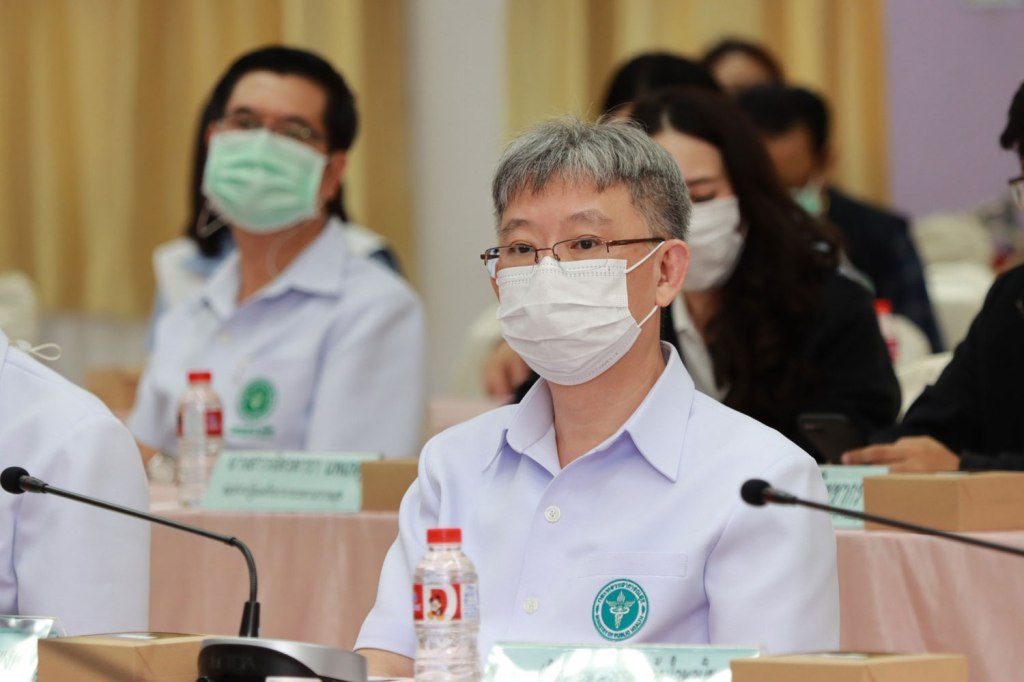 Health officials in southern Thailand are studying a case of a 32-year-old woman who died two weeks after receiving Sinovac Covid-19 vaccine. Health authorities have also sought permission from the woman’s family for a perform a postmortem examination.

Thailand’s Disease Control Department said X-ray results and samples will be sent for lab tests to help find out the cause of her death. Dr Opas Kankawinpong, director-general of the Ministry of Public Health said his ministry has also expressed its regrets at the woman’s passing.

The health departments intervention comes after a Facebook user posted a message about the death of the woman, 13 days after she received her first dose of Sinovac vaccine.

Local media reported that the woman, Narilin Angthong, was an assistant to a doctor at Hat Yai Hospital.

A panel at Hat Yai Hospital on adverse events following immunisation (AEFI) is currently reviewing the woman’s treatment records, along with the Songkhla and Yala provincial public health offices.

The three agencies will forward the information to a team of experts who will meet on Sunday to determine the cause of her death, said Dr Opas.

Officials will also follow up the cases of others who received doses from the same lot of the Sinovac vaccine, particularly women of reproductive age.

The conclusions of the provincial AEFI panel will be forwarded to the national AEFI committee, which comprises medical experts in related fields, who will explain the case to the family of the woman and the public, said Dr Opas.

According to the investigation carried out by Hat Yai Hospital, the 32-year-old woman had no pre-existing health condition. She received the first dose of vaccine on May 14 at the hospital.

People who are vaccinated are monitored on site for 30 minutes, and the woman showed signs of abnormality during that time. The Mor Prom Line account used to follow up vaccine patients showed that on Day 1, she reported a headache and muscle pains.

On Day 7, she again reported a headache, fatigue and muscle weakness. On the morning of May 27, 13 days after being vaccinated, she collapsed and was sent to the Hat Yai Hospital emergency unit.

A doctor found her heart had suddenly stopped beating and CPR was performed, but she was later pronounced dead. The hospital said she had a pulmonary embolism, a sudden blockage in an artery carrying blood to the lungs.

The woman’s body will be sent to Wat Siribunnaram in Muang district of Yala for religious rites after the postmortem examination.

Man in Phuket after Sinovac shot

Meanwhile, a 43 year-old man has also died the day after he received his first dose of the Sinovac Covid-19 vaccine. Health officials say the cause of death was a heart attack and the man had “fatal medical conditions”.

However according to The Thaiger News the man’s wife refutes health officials claims and says his death was due to the Sinovac vaccine. She say her husband 43 year-old Winai Hemin was injected with the Covid-19 vaccine on Sunday at the Phuket airport.

According to the mans wife 32 year old Poranee Ngamsap, her husband got a mild fever which got worse that night. He also complained of chest pains. The next day, he died at the Phang Nga Hospital in Phuket.

While doctors say the death was caused by a heart attack and the man had “fatal medical conditions,” without detailing specifics, Poranee says her husband died from the Sinovac vaccine.

She said his only underlying condition was high cholesterol.

While an autopsy is not underway, a sample of the man’s DNA was taken and is now being examined by the Department of Disease Control.