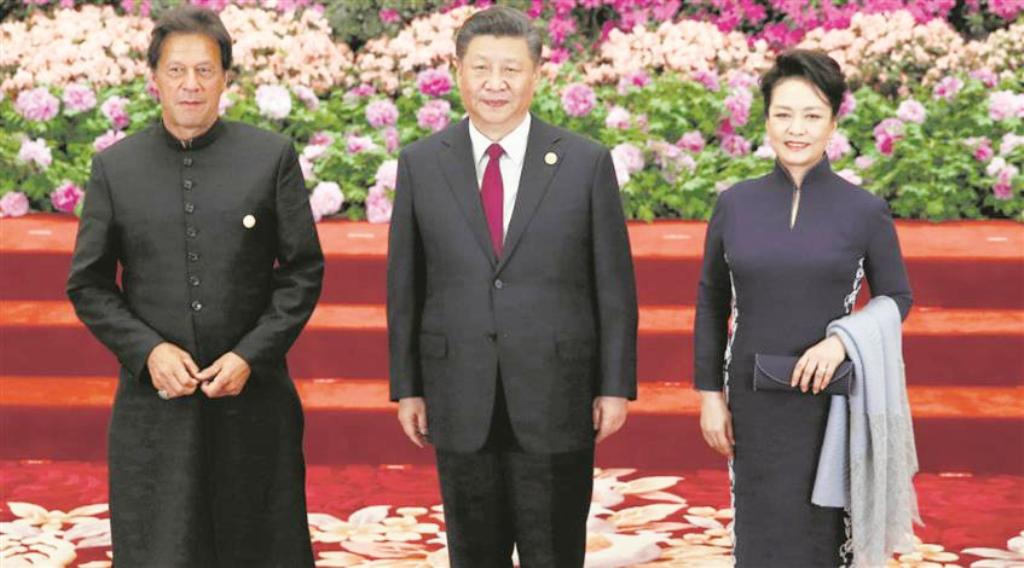 Every time a US presidential election approaches, a discussion begins which of the two candidates will be good for Pakistan? What exactly is meant by ‘good for Pakistan’ isn’t always clear.

In the lead-up to the election of 2020 some people in the Pakistani-American community who found Donald Trump’s anti-immigrant, anti-Muslim views abhorrent, were still of two minds as to whether or not to vote for Biden – again which candidate will be ‘better for Pakistan’ weighed heavily on their minds.

These Pakistani Americans were willing to re-elect an immigrant-bashing, Muslim-hating man because in their judgment he would be better for Pakistan.

Now that Joe Biden is destined for the White House and the democrats have taken back the house and also the senate Pakistan’s President Imran Khan has shifted his focus to China for financial and military support.

Pakistan’s leader has invariably been more than solicitous in responding to China’s demands and ambitions. PM Imran Khan, however, appears determined to steer Pakistan into an even tighter Chinese embrace, with moves which Pakistanis could regret later.

The readiness of an ambitious China to invest an estimated $62 billion in CPEC is understandable. CPEC links China’s landlocked western regions to the Arabian Sea. It provides an energy corridor for petroleum from the Persian Gulf to reach the heartland of China in the event of the lines of communication across the Indian Ocean being disturbed.

At the same time, however, Chinese loans for infrastructure projects across Asia and Africa are landing recipient countries with debts. This leads to Chinese demands for the repayment of debts from the recipients, who have mortgaged ownership of their ports and mineral resources to China. ‘Debt trap diplomacy’ is now a Chinese specialization across Asia and Africa.

Pakistan has been more than ready to be a junior partner in borrowing recklessly from China, while also fulfilling Beijing’s geopolitical ambitions. Beijing has, after all, backed Pakistan in developing its nuclear weapons and missile capabilities. Pakistan, in turn, has to now approach banks in China to obtain credits to repay loans from Saudi Arabia, which is insisting on timely repayment, even of relatively small amounts.

The Saudis do not love Imran Khan, who rather naively agreed to support an initiative by Turkey and Malaysia, designed to restructure the Islamic world. Such restructuring would have undermined Saudi primacy. There are also reports of increasing military/nuclear dimensions in Imran Khan’s growing friendship with Turkey’s President Erdogan. How will this scenario, arising amidst a growing Pakistan-China nexus, play out in the Arabian Sea and Persian Gulf?

Wrath of the UAE

Imran Khan also earned the wrath of the UAE when Pakistan’s loquacious Foreign Minister, Shah Mahmood Qureshi, refused to attend an OIC meeting of foreign ministers of 57 Islamic countries, hosted by his UAE counterpart. Qureshi’s petulance arose from the invitation that the UAE issued to India’s the then Foreign Minister Sushma Swaraj to attend and address the meeting.

To make matters worse, Qureshi made his petulance public. Pakistan soon found that the visas of most of its nationals in the UAE were not being renewed. With remittances from its workers in the UAE and Saudi Arabia declining sharply, the only lenders Pakistan could find to repay Saudi loans were banks in China.

Even as Imran Khan seeks to borrow more money to meet past debts, Pakistan’s repayment liabilities are rising rapidly. The security situation in Pakistan’s mineral-rich Balochistan province, which also has significant resources of natural gas, is deteriorating. Moreover, private foreign investments in Balochistan from prestigious international business organisations have also been put on hold, because of legal cases filed by major mining companies from Canada and Chile.

Balochistan is known to have huge reserves of gold and copper. The major beneficiary of these developments has been the China Metallurgical Group Corporation. The Chinese have secured lucrative tax breaks for their mining activities. People jokingly remark: “Pakistan is China’s gold mine!”

Now increasingly dependent on China, Imran Khan is set to provide off-shore bases for China’s submarines in the Islands of Buddhoo and Bundal across its Sindh coastline, near Karachi. China has also reportedly agreed to explore the possibilities of building more naval bases in the Arabian Sea, within or near, Pakistan’s territorial waters.

There are, however, clear signs of discontent emerging in the coastal provinces of Sindh and Balochistan at the exploitation of their territory and natural resources by China. It has also led to the emergence of a militant organisation called the Sindhudesh Revolutionary Army, which is reportedly making common cause with armed militant groups in Balochistan to target Chinese personnel and projects.

Growing resentment in Balochistan has been triggered by the arrogant behaviour of the Chinese residing in the province and by the Punjabi-dominated Pakistan army. The entire port of Gwadar was recently sealed by the Pakistan army at Chinese behest. Local Baloch residents were then being arbitrarily denied entry into port. This order has been stayed by the Balochistan High Court. It remains to be seen how long the recent stay order remains in force.

There are also reports that apart from Gwadar, the Islands of Bundal and Buddhoo in Sindh are being developed as bases for Chinese submarines. It is feared that the growing Chinese presence in these provinces would lead yet another senior Pakistani military officer being appointed to head the projects.

The apprehension appears to be that he would be tempted to make his millions of dollars. This would be in line with how Lt Gen Asim Bajwa allegedly made $54 million while heading CPEC projects. The charges against Bajwa have not been investigated. He has, instead, got an extension to continue heading CPEC.

Bajwa would now also have to focus attention on road routes and hydel projects across Gilgit-Baltistan to China’s Xinjiang province, through the Shaksgam valley. The valley was generously “gifted” by Pakistan to China in the 1970s. India raised objections to this “gifting”, asserting its claims to the entire PoK territory. It is likely that more and more Chinese military personnel will move into Gilgit-Baltistan. The territory could well be integrated with the Wakhan corridor and Xinjiang.

An already cash-strapped Pakistan will soon be saddled with an even larger Chinese debt. As Quad prepares to meet this challenge posed by China, there will be a need for a comprehensive study of the strategic implications of Pakistan’s huge debt and dependence on China.