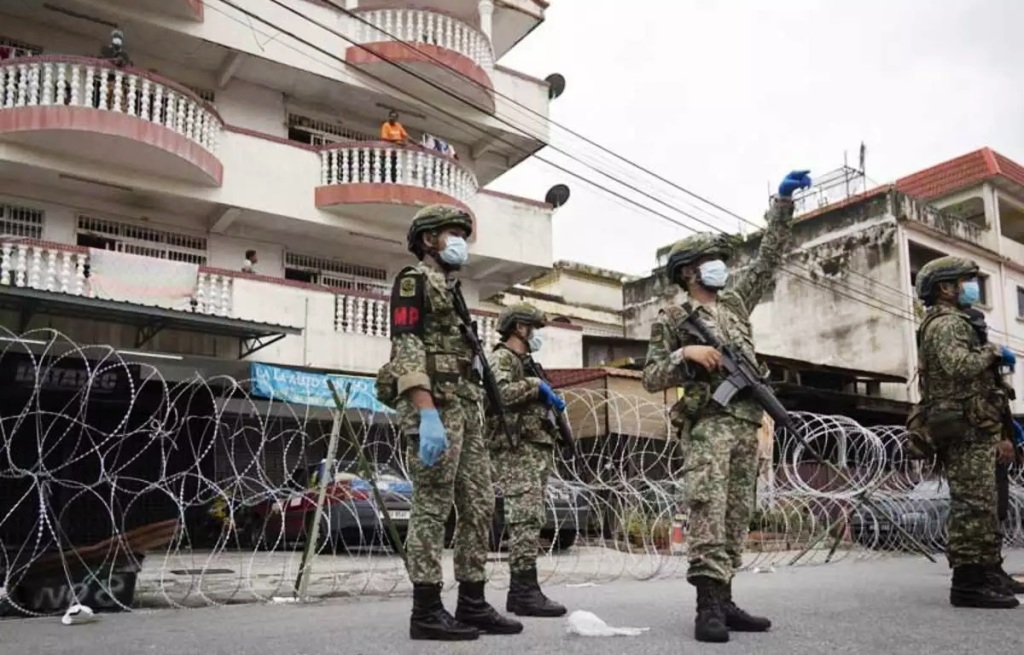 Malaysia on Friday announced a nationwide “Nationwide lockdown” starting in June as ovid-19 infections surge to record levels. Prime Minister Muhyiddin Yassin said the Nationwide lockdown from June 1 to 14 was for all social and economic areas.

He said that only essential services and economic sectors would remain in operation, which would be listed by the national security council.

The spread of Covid-19 has plagued Malaysia in recent weeks has been more severe, partly due to highly transmissible covid-19 variants from South Africa and India. Hospitals throughout Malaysia are straining from the vast amount of covid-19 cases.

“With the latest rise in daily cases showing a drastically upward trend, hospital capacity across the country to treat COVID-19 patients are becoming limited,” Muhyiddin said in a statement.

Malaysia reported 8,290 new covid-19 cases on Friday, its fourth straight day of record infections, bringing its total to 549,514. The number of daily fatalities has also reached records, with 63 earlier this week.

Malaysia has started its COVID-19 inoculation drive, though critics say the rollout has been slow. About 1.7 million people have received at least one dose of a vaccine as of Thursday.

Given the full closure of the economy, the finance ministry will announce a relief package for individuals and economic sectors soon, Muhyiddin said.

If Malaysia can reduce the number of cases in the first two weeks of the lockdown, the government will allow some sectors to reopen slowly over the course of next four weeks – after which all economic sectors would be allowed to operate, he said.

Malaysia has already rolled out over 300 billion ringgit ($72.60 billion) of stimulus packages since last year to cushion the impact of the pandemic on the economy.

It is also under a state of emergency since January to curb the spread of the virus, suspending parliament and essentially putting an end to political activities amid a power struggle.

Malaysia’s economy was on the path to recovery in the first quarter before infections began to spike.

It fell 5.6% in 2020, its worst annual performance since the Asian financial crisis, but the central bank had projected growth of 6%-7.5% this year.

Meanwhile, the government of Thailand has recently stepped up detentions of undocumented migrant workers as it grapples with a deadly third wave in coronavirus cases, with the Labour Ministry warning that officials who do not take action will face punishment.

Phairoj Chotikasathien, director-general of the Department of Employment, said migrant workers were being closely monitored because of the increased risk that they had travelled from abroad while infected.

Health authorities last week detected the Southeast Asian nation’s first 36 domestically transmitted cases of coronavirus variant B.1.617.2, which was first identified in India, in the living quarters of construction workers in Bangkok.

The the government is testing workers in 841 construction camps around Bangkok, where 129,542 workers live, about 59% of them migrant labourers.

About 1,500 workers at the factory have been confined to their dormitories and were asked to go back to work on Wednesday regardless of whether or not they had been tested, said a person familiar with the issue, who asked not to be identified.