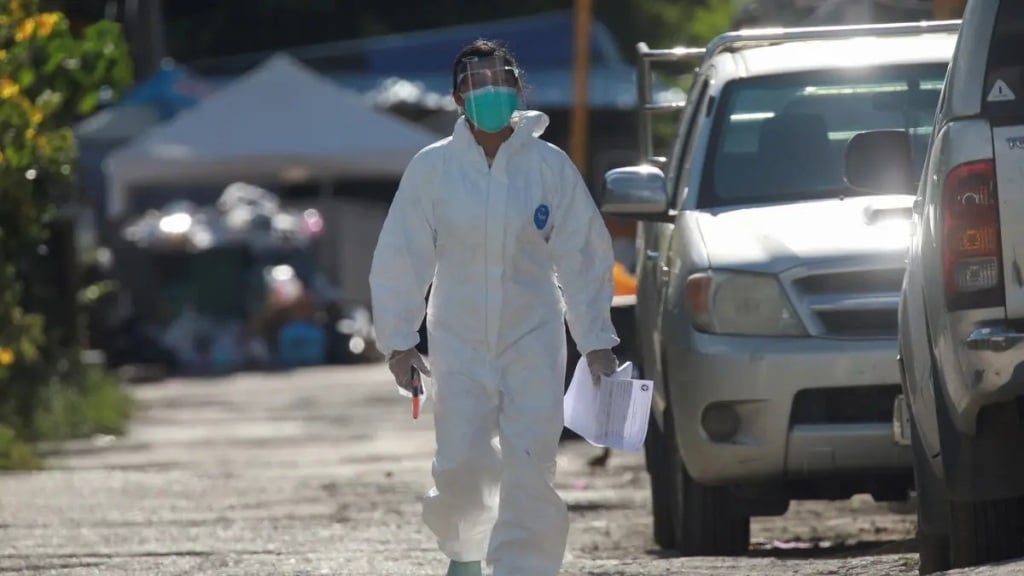 Thailand’s Prime Minister has ordered tightened border controls after the discovery of the Indian and South Africa variants of covid-19 were discovered in the Kingdom.

The first local case of the South African variant, known as B1351, was detected on May 4 in a 32-year-old Thai man after he was visited by family who entered Thailand from Malaysia through an informal border crossing, the director-general of the disease control department said.

Movement of people has been restricted in the affected district and only two other cases of the South African variant, out of 81 cases, have been detected there since the start of this month.

All 36 cases with the B.1.617.2 variant were found among people staying in construction workers’ accommodation in the capital Bangkok and included 15 migrant workers, he said.

Dr Opas said told Asia One that while there are concerns the variants may threaten the efficacy of Covid-19 vaccines, mass inoculations will still be effective in reducing the severity and rate of fatality from the disease.

Meanwhile, the Thai government said it will increase manpower, checkpoints and electric surveillance along all land borders and order officials to be tougher on the trafficking of illegal migrants. Just his week 42 illegal migrants from Myanamr were apprehended in Chiang Rai province at a police checkpoint. Two Thai nationals were charged.

The authorities in Bangkok have also prohibited movement of labourers at construction workers’ camps after 11 camps were among 30 active clusters in the Thai capital.

The government Covid-19 task force has asked construction companies to take care of their workers by providing food and provisions during this period.

There are around 409 workers camps around Bangkok where city authorities say 62,169 workers live, of whom about half are migrant labourers.

Movement restrictions have also been imposed on markets and call centres around Bangkok.

Thailand on Sunday reported 3,382 new coronavirus cases and 17 new deaths, bringing the total to 129,500 cases and 776 fatalities since the pandemic started last year.