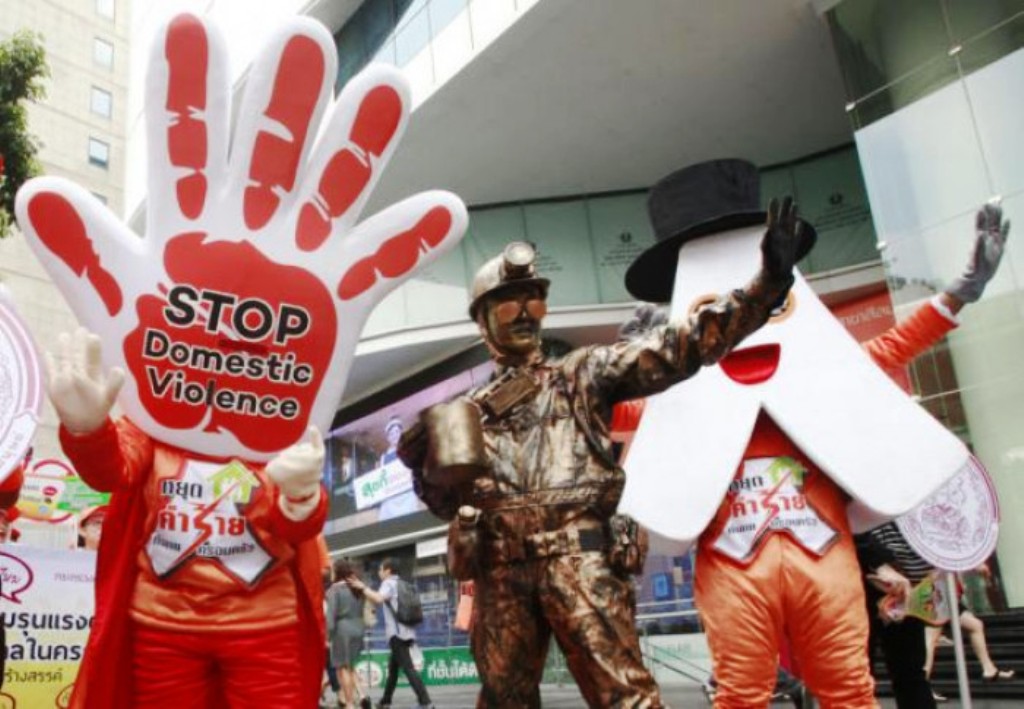 According to a nationwide survey carried out by the foundation, cases of domestic violence surged by 66% since virus control measures were introduced in March. ThaiHealth’s Director of Wellbeing Promotion for Vulnerable Individuals, Poranee Phuprasert said on Wednesday that the South showed the highest increase in the number of domestic violence cases. Cases surged by 48%, while Bangkok saw the smallest increase at 26%.

The increases were mainly driven by frustration over dwindling household incomes as jobs disappeared due to the pandemic, and an increase in alcohol intake during lockdown, the report said. The director said Thailand has one of the highest rates of violence against women in the world, as per the United Nations’ Office on Drugs and Crime’s figures.

Shelters for victims of domestic violence

Kannikar Charoenluck, director of the Gender Equality Promotion Division at the Ministry of Social Development and Human Security, said there were about 1,400 cases of domestic violence each year over the past four years — an average of four cases per day.

“The home, which should be a safe place for women and children. It can be a terrifying place where they are subjected to beatings and verbal abuse,” she said. Also adding the ministry has shelters at various locations where victims of domestic abuse can seek refuge.

Meanwhile, Angkana Inthasa, head of the gender promotion division at the Women and Men Progressive Movement Foundation (WMP), said the foundation has published a book on how communities can play a part in creating safe social spaces for victims of domestic abuse.

She said the book draws on the experiences of those who have worked with domestic violence victims and outlines ways through which local communities can engage with authorities to figure out a sustainable solution to the problem. The book also contains experiences of community leaders who themselves faced violence in their own homes.

According to Siam Legal domestic violence is not only a crime, but a serious social problem that is inadequately addressed by normal civil and criminal laws. For example, in a case involving child abuse, criminal law would only allow for the imprisonment of the offending parent for assault, without any consideration for the effects to the overall family unit.

Furthermore, redress for any wrongful acts in a civil proceeding would likely be useless in a case involving domestic violence committed by a parent. For that reason, Thailand promulgated the Domestic Violence Victim Protection Act of B.E. 2550 (2007) which not only protects the victims of domestic violence, but also seeks to punish and reform the offenders.

The law allows lawsuits or prayers for redress to be filed directly to the Court in cases involving domestic violence. The Court is able to issue orders that may be specifically addressed to the situation of each particular case. A few important points of the law are as follows:

“Domestic violence” is defined broadly to include:

The maximum penalty for committing an act of domestic violence is up to six months imprisonment or a six thousand baht fine or both, excluding “relief money” that a Court may order an offender to pay to the victim.

If the Court finds the offender to be guilty of committing domestic violence, instead of punishing the offender, the Court may “apply certain measures of reformation, treatment or correction to him, may direct him to pay an amount of relief money, carry out community service or refrain from the acts giving rise to domestic violence, or may place him under a peace bond, subject to the procedure and period of time determined by the court.”

The law defines domestic violence as a “compoundable offense.” In other words, the offender and victim are able to compromise and agreement to terms, rather than to go to trial. Therefore, such a procedure is similar to a compromise between the parties in civil litigation. In this case, the Court or inquirer must record the terms of the agreement before endorsing it and furthermore, any measures of reformation, treatment or correction to be applied to the offender shall be conditions governing the agreement. The Court on inquirer is to take into consideration the opinions of the victim or any family members involved.