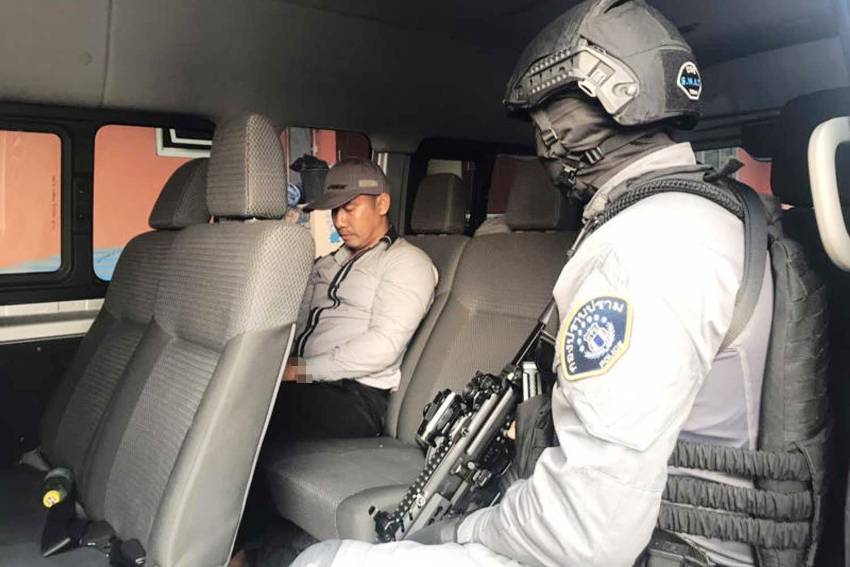 Thai Prosecutors have announced they are seeking the death sentence for a school director who killed 3 people in a gold shop robbery in Lop Buri last month. Mr. Prasittichai Khaokaew, will now face the death penalty for his horrific actions, prosecutors said.

The Thai Criminal Court was asked on Thursday to try the 38-year-old for premeditated murder. Over the armed robbery at Aurora Gold Shop in Robinson shopping centre on Jan 9. A robbery in which he shot dead three people — including a two-year-old boy. And also wounded four other shoppers.

Mr Prasittichai initially claimed he robbed the shop for “some excitement” in life. However, a source close to the investigation revealed he desperately needed money to settle gambling debts.

According to investigators, Mr Prasittichai used a CZ P-01 gun borrowed from his father’s house. The gun was fitted with a silencer which he later threw into a river. He made off with gold weighing 28.5 baht, worth about 635,000 baht.

“We have to convince the court his confession doesn’t mean he has repented. It simply means he gave in to the weight of evidence,” deputy Criminal Litigation Department chief Phonchai Chonwanitkun said on Thursday.

“More importantly, his cooperation does not benefit the trial. But whether the gold shop shooter receives harsh penalties will depend upon the court,” Mr Phonchai said.

According to the Bangkok Post, prosecutors studied a police report sent on Feb 11 and decided to charge Mr Prasittichai with nine crimes. Including killing a person to commit other offences, robbery, illegal possession of firearms, and firing a weapon without sound reason.

In a separate development, the mother of Danusorn Numcharoen, 28, who shot dead his ex-wife at a cosmetic surgery clinic in a Bangkok shopping mall on Tuesday, said her son had planned to harm Piyanut Chatthai, 28, following their divorce.

“He couldn’t forget his ex-wife even though they had split,” the mother said on Thursday as she visited Mr Danusorn in detention at Phayathai police station.