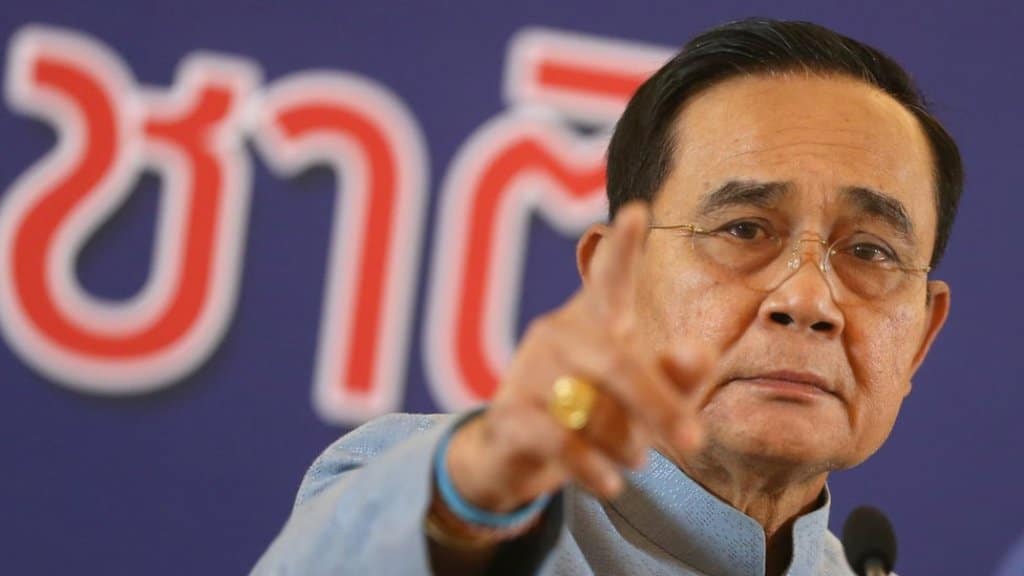 Thailand’s Prime Minister has pushed four agencies to speed up their probes into lese majeste cases regarding unlawful online content. Also to take legal action against the suspects, according to Digital Economy and Society Minister Buddhipongse Punnakanta.

The four agencies in question are the Digital Economy and Society Ministry (DES), the Department of Special Investigation, the Technology Crime Suppression Division (TCSD), and the Foreign Affairs Ministry, he said.

Gen Prayut Chan-o-cha said he has impressed upon them the need to step up suppression against lese majeste activities on social media. Furthermore to curb fake news currently being spread online about Covid-19, said Mr Buddhipongse.

The Cyber Police had on Saturday summonsed anti-government protest leaders Parit Chiwarak and Panusaya Sithijirawattanakul — who are now among a number of people facing lese majeste charges in connection with the anti-government protests — to come in person and acknowledge their charges of violating the Computer Crime Act, the Bangkok Post reported.

If the two fail to lodge their statements in time, the TCSD investigators will have to proceed with concluding the cases and present them to prosecutors for further legal action, said the source.

The TCSD is also pursuing legal action against more than 20 other suspects facing charges for their alleged online posts that are in violation of Thailand’s lese mejeste law.

The DES Ministry’s division for technology and information technology crime suppression and prevention also submitted a number of court-approved orders regarding online lese majeste acts to the foreign companies which own Facebook, YouTube, Twitter and a number of websites along with a request to suspend public access to 9,192 posts containing lese majeste content, said the source.

In a joint statement read at the 14 October 1973 Memorial last month, the protest leaders said they would use every possible channel to achieve their goal as they believe Section 112 presents a legal obstacle to many issues.

They likened Section 112 to “the first stone that needs to be removed”.