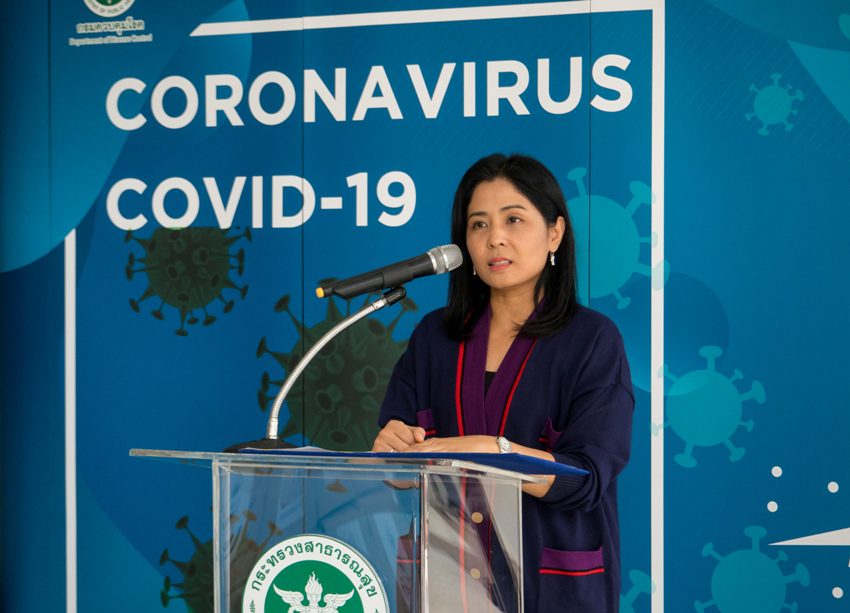 The good news is no new deaths were reported, and the overall death toll stands at only seven since the outbreak began in January.

Nine more people were found to be infected with Covid-19 in Phuket province. Raising the total to 62, the Bangkok Post reported Monday.

Of the 62, 54 were still under treatment, all in a satisfactory condition, and eight had recovered and been discharged. The new cases were included in the confirmed cases summary announced earlier by the Public Health Department.

– A Canadian man, 35, a teacher at an international school in Phuket. He had not travelled abroad during the 14 days before he fell sick on March 25. He was not on record as having visited entertainment venues in Soi Bangla in Patong area;

– A Thai man, 59, who sold flowers on the streets and inside entertainment venues in Soi Bangla. He had close contact with tourists and fell sick on March 19;

– A Thai woman, 29, a bartender at an entertainment place in Soi Bangla, which had been frequented by several people found earlier to have been infected with Covid-19. She became sick on March 20;

– A French male tourist, 42, who arrived in Phuket on March 9. He frequently visited entertainment venues in Soi Bangla, Patong, before becoming ill on March 18;

– A 31-year-old Thai woman who had worked as an employee of an Italian restaurant in Patong. She had close contact with a Thai man, the province’s 47th coronavirus case, and also many foreign tourists. She fell sick on March 25;

– A Thai woman, 39, who worked in the kitchen of the same Italian restaurant in Patong. She had close contact with tourists of many nationalities before falling sick on March 25;

– A Thai woman, 43, who worked as a masseuse in Patong area. She had close contact with a Thai man who was the province’s 42nd Covid-19 case. She became sick on March 24; and,

– A 44-year-old Thai woman who worked as a masseuse in Patong area. She also had close contact with tourists of many different nationalities before falling sick on March 23.

Most of the nine confirmed Covid-19 infections had visited entertainment places in Patong area. Many people who had been close to them were also at risk of being also infected with the virus.