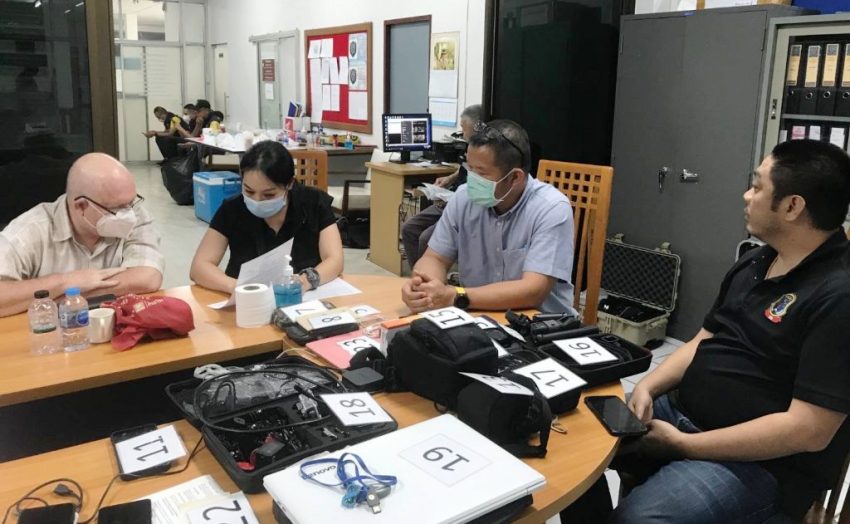 Police in the northern province of Chiang Mai have arrested a 60 year-old Australian man for being in possession of child pornography. Chiang Mai police went to his house after receiving a search warrant on the 15th May.

Chiang Mai Police said they received a tip from an anonymous source that Mr. Wayne Jeffory McCullough, 60, was in possession of child pornography. Upon arrival, they met Mr. McCullough who confirmed that it was his home.

Police seized a mobile phone and also a tablet, both containing a large amount of child pornography.

Thailand amended the Criminal Code in 2015 to include the possession, distribution and production of child pornography as a criminal offense. It also increased the penalty to a maximum of 10 years’ imprisonment and Bt200,000 fine.

Mr. McCullough was charged with possession, distribution of child pornography and for computer crimes. The computer crimes offence is a separate charge.  All confiscated items sent Investigation officers in Chiang Mai province for further prosecution.  Thai media did not divulge if Australian man was released on bail or not.

In November of 2019, Police in Chiang Mai arrested the administrator of a child pornography website after tracking him down to a condo in this northern province.

The arrest followed public complaints that a group on the VK social-media platform was distributing video clips featuring sexual acts between Thai children and foreigners.