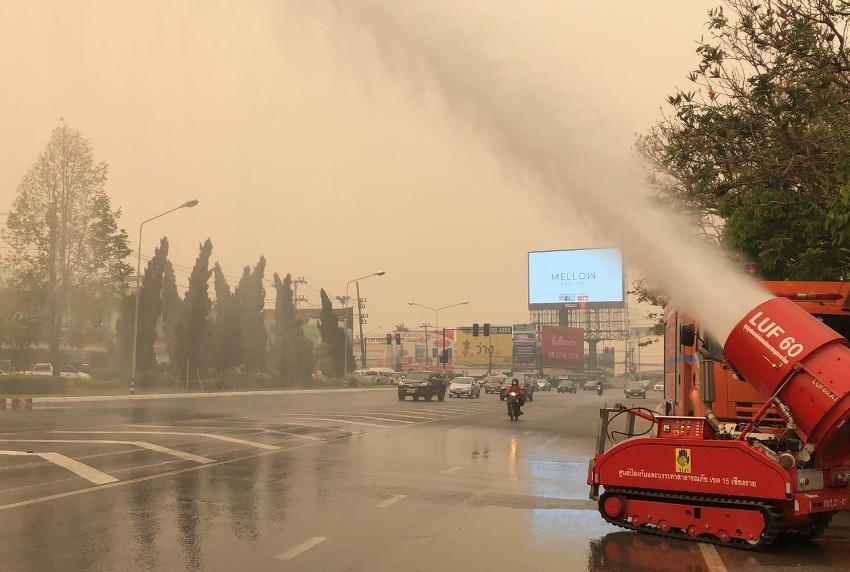 The bushfires have also pushed air pollution readings in the northern province and others in the region up to nearly 1,000 micrograms.

The bushfire at the National Park also poses dangers to residents as it has raged near communities in Chiang Mai and many landmarks such as Buddhist temples.

Hundreds of local officials and soldiers have been called in to fight the blaze. Military helicopters have dropped water to control the fire that started on Wednesday evening. They spent more than 14 hours a day bringing the bushfire under control.

The large fire has now been brought under control, according local officials, but the air pollution persists with more smog from plantation fires burning in the area and in neighbouring Myanmar.

Prime Minister Prayut Chan-o-cha also expressed concern over massive damage caused by a bushfire. His primary concern is the health of the elderly and children. The Prime Minister asked them to avoid going outside because of the smoke and poor Air Quality.

Unhealthy readings were also reported by air quality monitoring stations in Lampang, Lamphun, Phrae, Phayao, Tak and Kamphaeng Phet. The air quality in the North can partly be blamed on fires across the border. Furthermore the government is working with Myanmar to help address the issue.