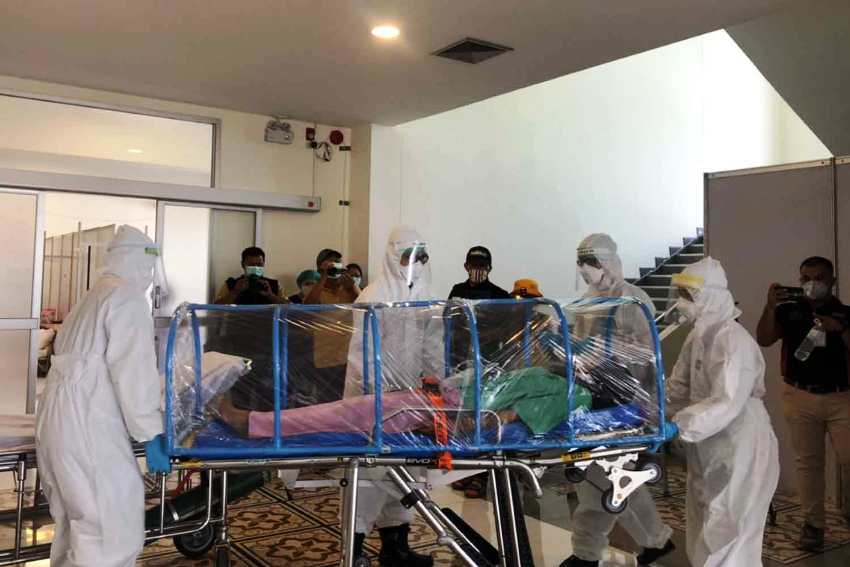 Thailand’s total number of Covid-19 cases as of Saturday (March 28) surged to 1,245 with 109 new cases confirmed over a 24-hour period. While one person died, according to Dr Taweesilp Visanuyothin from the Health Department.

Phuket governor Pakapong Tawipat said on Friday that the seven new cases raised the total in the province to 41.

According to him, three of the Thai patients are women. Two of them worked at entertainment venues near Patong beach. The other two were a businesswoman and Thai man also worked at an entertainment place on the same road.

The three Italian men who tested positive also worked at entertainment venue on the same Road.

Of the 41 cumulative cases, two have recovered and have been discharged from hospitals. The 39 others remain hospitalized. Eighty other patients were waiting for their Covid-19 test results at hospitals.

Furthermore, about 50 patients under investigation would be moved to Grand Supicha City Hotel.

Meanwhile, Thai AirAsia will suspend its domestic route service from April 1 to 30. Passengers can also change their flights with no limit, the airline announced.

The budget airline said it will temporarily suspend the flights during the period as part of the cooperation with the government. Above all to stem the spread of the coronavirus.

All airlines around the world are suffering from reduced demand due to travel restrictions in bids to fight Covid-19.