Smartphones Driving Children to Addiction and Violence in Thailand
Advertisement 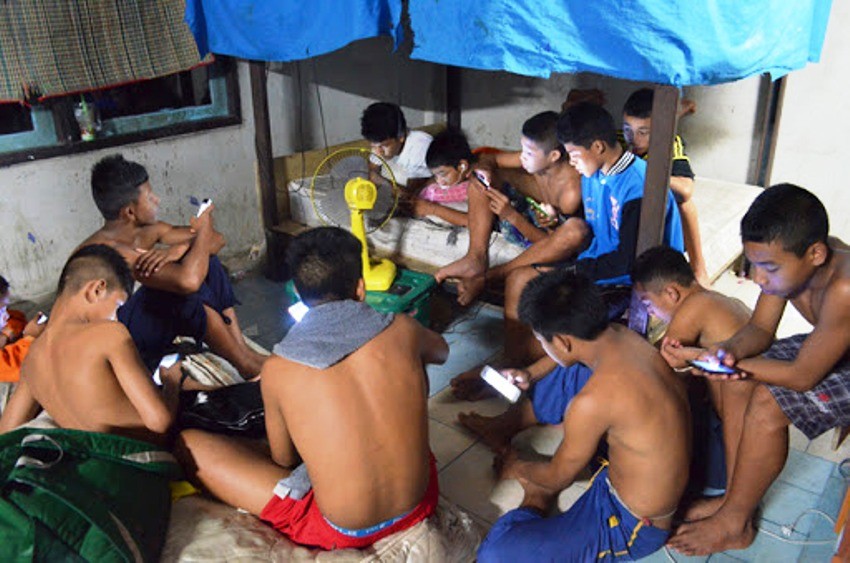 Thai children who spend most of their time on smartphones and computers are at risk of developing violent behaviour and gaming addiction. A study by Thai Health, showed Thai children spend more than 35 hours a week on smart phones or the internet.

Smartphone addiction in Thai children, dubbed the “digital natives”, is a problem that is common for many parents, said Nattaya Boonpakdee, the director of the Healthy Child, Youth, and Family Promotion section, at Thai Health.

She said children grow up with instant access to computers and smartphones in a world driven by the internet. They use the devices both for pleasure and study. Also as total communication through social media.

From the survey, she found that eight-month-old toddlers and one to two year-olds have used smart phones.

Many parents give their young children smart phones to play with, not realizing the danger posed by the devices. Saying addiction could have detrimental effects on the children’s growth and cognitive development.

Children on Smartphones 35 hours a week According to this year’s health situation report by the foundation, Thai children spend an average of 35 hours a week on smart phones and other screen devices.

On average, children should not use the devices more than 16 hours per week, the report said.

The survey on 15,000 children nationwide also showed that 61% of those aged between 6-18 are at risk of being addicted to online games. Because above all they play the games more than three hours a day.

This can lead them to gambling online and engaging in violent behaviour as they grow older.

Ms Nattaya said a solution would be to strengthen family bonds where members spend more quality time together.

Smartphone addiction in Children on the rise Sirichai Hongsanguansri, a specialist in child and adolescent psychiatry at the Faculty of Medicine, Ramathibodi Hospital, said smart phone addiction in youngsters is on the rise.

He said the phones should be kept out of reach of children younger than two years old who need to interact in person with parents to forge natural bonds.

Kids aged between 2-6 should spend no more than two hours on the phones. They should use the phones under their parents’ supervision.

Youngsters who are addicted to phones are inclined to be aggressive and find it hard to control their behaviour.

Meanwhile, Wimolrat Wanpen, deputy director of the Institute of Child and Adolescent Mental Health, told the Bangkok Post addicted children cut themselves off from the real world.

Many ended up dropping out of school even though they were bright children.

Parents can wean their kids off phones by offering constructive face-to-face activities the family can do together.

She cited the case of a secondary school student who often skipped meals and stayed up all night to play online games on their phones and the internet. Her mother scolded her and vented her anger which only drove the girl to be more reclusive.

The girl, Or, said she was able to kick the habit after her mother took a gentle approach and talked to her about the problem. “My mum changed. I thought I should too,” the girl said.