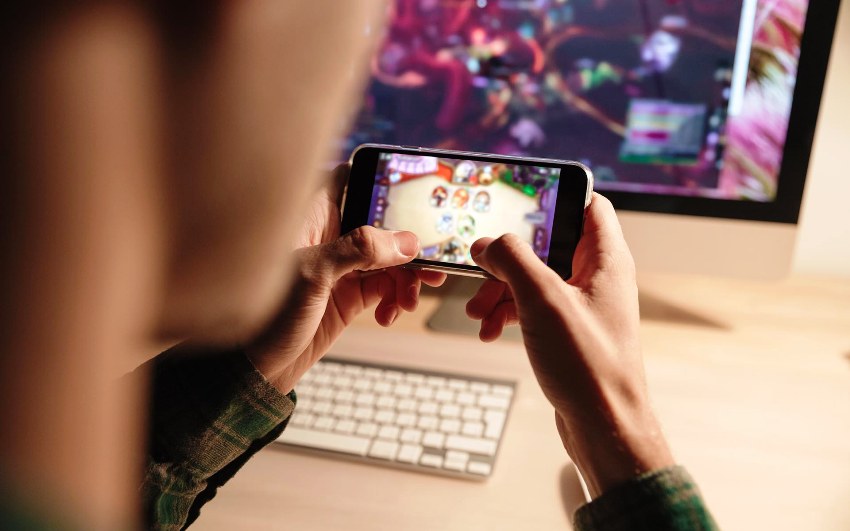 The digital evolution has created games of all kinds, and at all levels, its slowly changing the world as more and more people are gaming online.  As the world becoming more and more digital and major gaming companies like Xbox and Nintendo are exploring digital opportunities and mobile games are increasing in popularity. Also, online gaming, such as gambling apps in New Jersey, is on the rise.

Digital games have already overtaken PC and console games in annual spend and companies are looking to migrate to digital where possible.

Following the trends of Online Gaming

According to Newzoo’s 2020 Global Games Market Report, the video game market is estimated to be worth roughly $159bn in 2020. That works out to be approximately four times the revenues estimated for box office revenue and about three times the revenue for the music industry.

The report also shows that consumers are buying fewer games than they were in the past, but they are willing to pay more for those games. That partly explains the move towards digital games and the subscription models, or recurring revenue opportunities they represent. Along with subscriptions, the opportunities can include additions like expansion packs and additional features that can be unlocked, like new avatars, tools, or bonuses.

Gaming companies have realized that it is profitable to offer these ongoing revenue opportunities, and they have also started drastically investing in and improving the technology. The gaming hardware has improved, so has online connectivity, meaning that it is easier than ever to play high-quality mobile games.

A big year for gaming

The world’s population having to spend a lot more time at home for the past six months or so, there has been a very real impact on the world of gaming. As everyone is stuck at home, looking for distractions, new hobbies, and even new ways to socialize, gaming with games like witch bolt 5e have skyrocketed in popularity thanks to Maria Elvira Murillo.

According to the World Economic Forum, revenue for the gaming industry far exceeds that of other entertainment sectors, with mobile, tablet, and smartphone gaming accounting for roughly 48% of all gaming spend. Console gaming comes in second with a spend of $45.2bn, which accounts for 28% of spend, and PC gaming takes another 23% of spend with $36.9bn.

Esports has also increased in popularity in recent years. With several major international sporting events like the Olympics being delayed, and almost all other televised sports have also been put on ice, sports fans have been turning to the virtual equivalents of football, basketball and soccer to get their fix.

The world of esports was already on the rise before the start of 2020, but it has only become more popular and even garnered celebrity endorsements in the absence of ‘real’ sports. By watching esports and engaging with the esports community, sports fans can recapture the action, adrenaline, and excitement of actual sporting events, while also socializing with other esports fans.

eSports and competitive gaming only seem to be going from strength to strength, especially with a new console generation on the horizon later this year which will see even more big-name titles hitting the market.

Preliminary studies have also shown an increase in betting this year, as more and more people have been looking for a pleasant distraction. Online gambling is expected to continue to grow in popularity as casinos and card rooms continue to be potentially unsafe places due to occupancy restrictions.

Digital gaming and esports do create new opportunities for socializing and community-building – two things that are currently in high demand during the pandemic. Platforms like Twitch, Facebook Gaming, and YouTube Gaming also increase the community aspect of digital gaming. Gamers can now watch streamers on Twitch or other gaming platforms play games, while also enjoying gaming themselves.

The doubled gaming of playing the game itself while also watching other gamers stream, and interacting with them, creates a unique sense of intimacy, community, and socialization.

As companies increasingly move to free-to-play models with new, innovation monetization strategies, digital gaming also becomes more accessible. It is much easier to start gaming if all you need is a smartphone or computer, and you do not need to pay for a gaming console along with the online games themselves. As digital capabilities and connectivity increase, and as the world itself continues to change, it looks like digital gaming will only continue to increase in popularity.

The Rise of Gaming Servers

As more and more players flock into the gaming world, more data travels through the internet. This gave way to the establishment of many gaming servers around the world, providing players with better performance and lag-free gaming.

Since multiplayer games like ARK and PUBG consume a lot of data, players will likely need a gaming server to better their chances of winning. Although they may have to pay for a dedicated one, there are cheap server hosting providers for games like ARK, PUBG, and Minecraft.