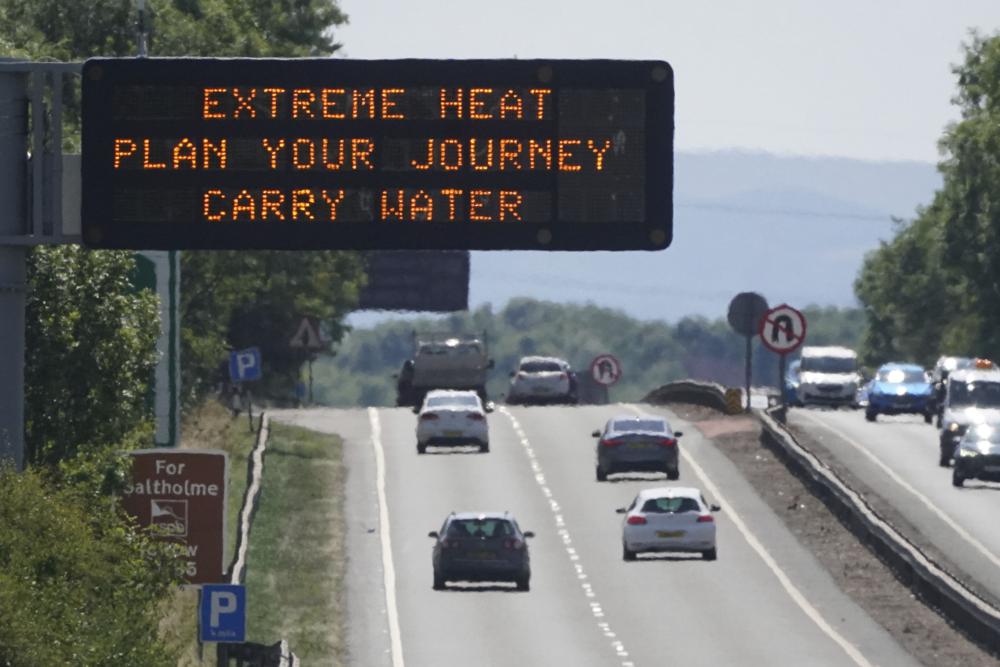 On Monday and Tuesday, temperatures in the UK may reach 40 degrees Celsius (104 Fahrenheit) for the first time, posing a health risk to people, the Meteorological Office, the country’s national weather service, said Friday.

Rails will be affected by the heat so trains will move more slowly. There may be fewer services,” he told the BBC. “People need to be alert for disruptions. Working from home may be a good option for those who don’t have to travel.”

On Monday and Tuesday, passengers and users of the London Underground subway system are advised not to travel unless necessary.

Schools and nursing homes have been urged to protect students and older residents from high temperatures because children and older people are particularly vulnerable to high temperatures. Until next week, most English schools will be in session.

Scientists say climate change is causing a greater likelihood of unusual heat waves in Britain, where such temperatures are unaccustomed. Air conditioning is unavailable in many small businesses, homes, or apartments.

On Friday, London Mayor Sadiq Khan met with representatives of the National Health Service, police, fire and other emergency services to assess the situation.

According to one doctor, the upcoming heat wave and a surge in COVID-19 infections are making health workers’ lives a nightmare.

“Many hospital buildings, in the UK and particularly in London, lack air conditioning and windows that don’t open, making them extremely hot,” said Dr. Claire Bronze, an emergency room consultant in London.

It is still mandatory for some staff to wear personal protective equipment – such as plastic gowns, masks, and gloves – on top of their normal uniform, so they get very hot and dehydrated very quickly.

High Rankings For Thailand In Tourism, Economy, Food, And Health