Thailand’s navy and combatant forces have taken part in a drill aimed at preparing them for dealing with nuclear, biological, radioactive, and chemical weapons.

As part of a situational awareness training program, the drill was conducted under the supervision of Rear Admiral Thanin Thipso, director-general of the Naval Science Department of the Royal Thai Navy (RTN).

Rear Admiral Thanin said the exercise will also cover the response to specific types of disasters, such as hazardous chemical leaks and radioactive material leaks, and will be conducted on Koh Samet in Rayong.

According to him, training takes place both on land and on a ship. The HTMS Bhumibol Adulyadej is one of only two RTN ships equipped with stealth systems capable of working in chemical, biological, radiological, and nuclear warfare.

If other warships were used for the same purpose, the troops must wear personal protection equipment (PPE), which comes in four types according to their ability to withstand different concentrations of chemicals, biological substances, and nuclear and radioactive materials.

A terrorist attack using concentrated chlorine, for example, is simulated in the drill, he said.

Oil spill response and sea rescue training are also part of the exercises, the Admiral said. 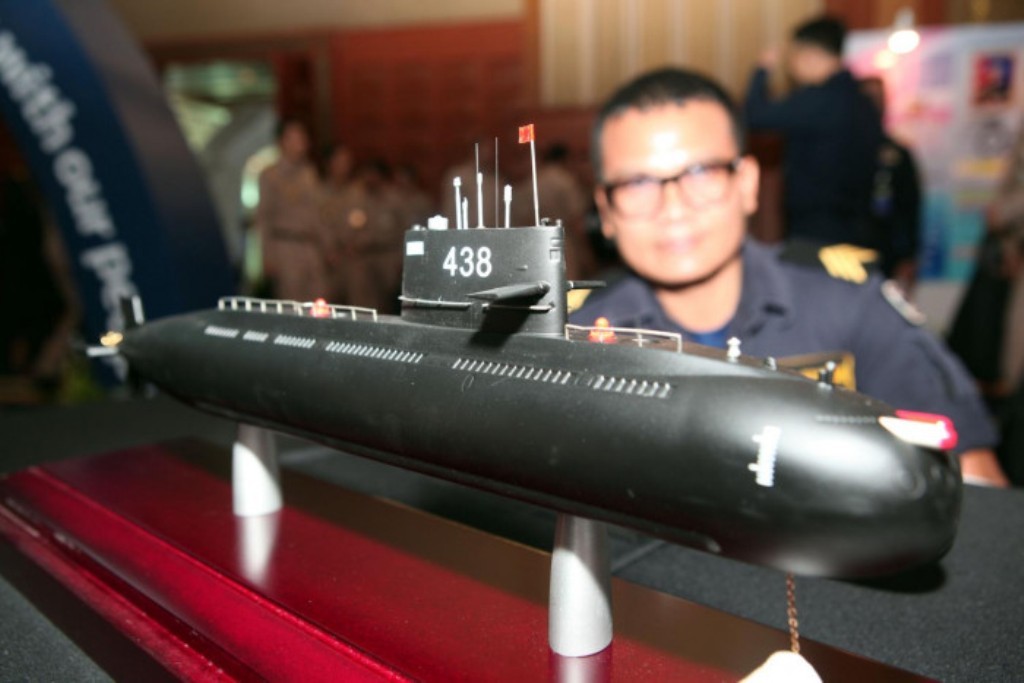 He said the Thai Navy has been steadfast in its decision to buy German-made MTU 396 engines for the submarine it is buying from China for 13.5 billion baht.

According to the RTN, CSOC has another 60 days to honor the agreement’s terms about the engines.

In response to a question on Thursday regarding whether the Navy would terminate the contract if the Chinese company could not obtain the stated engines, Somprasong said, “There are still steps to be taken.”

In reply to the question of whether the CSOC would refund the Royal Thai Navy’s advance, it replied, “We are not there yet.” “Discussions continue,” the Admiral replied.
A European Union arms embargo imposed on China in 1989 prohibits the export of the German engines to China due to their use for military purposes.