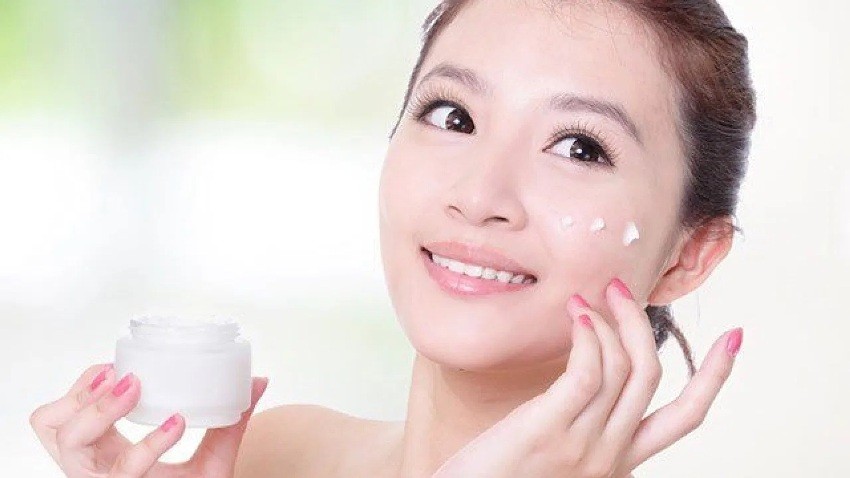 The world’s biggest cosmetics companies have been selling a fairy tale that offers them whiter skin with whitening creams and masks. Some whitening cream manufacturers even came up with slogans something like this:

“If your husband’s lost interest in you, if your colleagues dismiss you at work, if your talents are ignored, whiten your skin to turn your love life around, boost your career and command center stage”.

No company has had greater success peddling the whitening cream message across Asia, Africa and the Middle East than Unilever’s Fair & Lovely brand. Which sells millions of tubes of skin whitening creams annually for as little as $2 a piece in India.

The 45-year-old brand earns the Anglo-Dutch conglomerate Unilever more than $500 million in yearly revenue in India alone, according to Jefferies financial analysts.

Following decades of pervasive advertising promoting the power of lighter skin, a rebranding is hitting shelves. But it’s unlikely that fresh marketing by the world’s biggest brands in beauty will reverse deeply rooted prejudices around “colorism,” the idea that fair skin is better than dark skin.

Unilever said it is removing words like “fair,” “white” and “light” from its marketing and packaging, explaining the decision as a move toward “a more inclusive vision of beauty.” Unilever’s Indian subsidiary, Hindustan Unilever Limited, said the Fair & Lovely brand will instead be known as “Glow & Lovely.”

The makeover is happening in the wake of mass protests against racial injustice following the death of George Floyd, a black man pinned to the ground by a white police officer in the U.S.

It’s the latest in a series of changes as companies rethink their policies amid Black Lives Matter protests, which have spread around the world and reignited conversations about race.

Activists around the world have long sought to counter Unilever’s aggressive marketing of Fair & Lovely, with the brand’s advertisements criticized by women’s groups from Egypt to Malaysia.

Kavitha Emmanuel founded the “Dark is Beautiful” campaign in India more than a decade ago to counter perceptions that lighter skin is more beautiful than naturally darker skin. She said multinational companies like Unilever did not initiate skin tone bias, but have capitalized on it.

“Endorsing such a belief for 45 years is definitely quite damaging,” Emmanuel said, adding that it has eroded the self-worth of many young women across India.

For women raised on these fixed standards of beauty, the market is awash in products and services that can both brighten pigmentation from skin damage and outright lighten skin.

At the Skin and Body International beauty clinic in South Africa, owner Tabby Kara said she sees a lot of people inquiring about going one or two shades lighter.

“It’s a general demand in Africa,” she said. “People do want to be a bit fairer simply because society expects or is more interested in the fairness of a person.”

Historically, throughout North Africa and Asia, darker skin has been associated with poor laborers who work in the sun — unlike in Western cultures, where tanned skin is often a sign of time for leisure and beauty.

India’s cultural fixation with lighter skin is embedded in daily matrimonial ads, which frequently note the skin tone of brides and grooms as “fair” or “wheatish” alongside their height, age and education.

The ancient Hindu caste system has helped uphold some of the bias, with darker-skinned people often seen as “untouchables” and relegated to the dirtiest jobs, such as cleaning sewage.

The power of whiter, fairer skin in many countries was further reinforced by European rule, and later by Hollywood and Bollywood film stars who’ve featured in skin lightening ads.

In Japan, pale translucent skin has been coveted since at least the 11th Century. So-called “bihaku” products, based on the Japanese characters for “beauty” and “white,” remain popular today among major brands.

The high-end Tokyo-based skin care brand Shiseido says none of its “bihaku” products contain ingredients that bleach skin. But do reduce melanin that can lead to blemishes. The company says it has no plans to change its product names. Including the “White Lucent” line, simply because other global companies have done so.

In South Korea, the words “whitening” or “mibaek” have been used in about 1,200 kinds of cosmetics products since 2001, according to the Ministry of Food and Drug Safety.

About $283 million worth of “mibaek” products were manufactured last year in South Korea, the ministry has said.

South Korean beauty company Amore Pacific said it uses the word “brightening” for exports to the U.S. to respect cultural diversity. Domestically, however, they cannot replace words like “mibaek” on creams sold in South Korea because of laws requiring the use of specific terms to describe the function of skin lightening products.

The U.S.-based Procter & Gamble, which sells Olay brands “Natural White” and “White Radiance”, declined to comment when asked whether it had plans to rebrand globally.

Emmanuel said she welcomes the decisions by Unilever and L’Oreal, but wants to know whether they will evolve their entire narrative around skin lightening. “We’re really excited it’s happening, but we’re yet to see what is really going to change,” she said.

Changing the whitening skin language not the products

Unilever said in its announcement that it recognizes “the use of the words ‘fair’, ‘white’ and ‘light’ suggest a singular ideal of beauty that we don’t think is right.” Instead, the statement referred to products that deliver “glow, even tone, skin clarity and radiance.”

Alex Malouf, a Dubai-based marketing executive who was formerly at Procter & Gamble, said companies had been playing to different audiences around the world but are now paying attention to the societal changes happening in the U.S. and Europe, where shareholders are primarily based.

L’Oreal, for example, tweeted last month it “stands in solidarity with the Black community and against injustice of any kind.” Its products in the U.S. include the Dark & Lovely brand, aimed at black women.

Outside the U.S., however, the company was marketing its “White Perfect” line for a “fair, flawless complexion.”