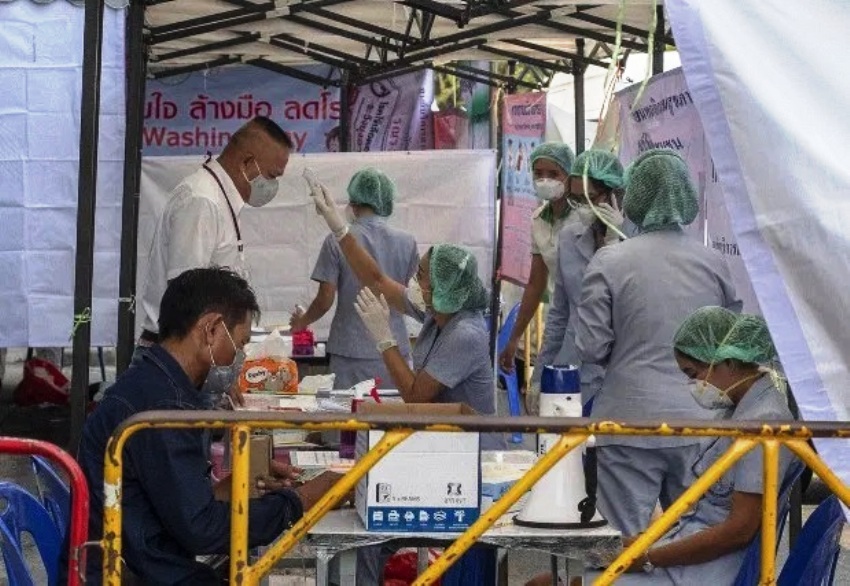 Thailand’s coronavirus case numbers rose Saturday to 53 with one new death bring the total Covid-19 cases in Thailand to 2,907 and fatalities to 51. Health officials in southern Thailand’s Songkhla Province said 42 migrant workers were infected with the virus.

The death was a 48-year-old Thai man who had been in contact with a previously reported case. His brother worked at an entertainment place and was infected, Dr. Taweesilp Visanuyothin, spokesman for the Centre for Covid-19 Situation Administration, said on Saturday.

The 53 new cases were the most reported in a single day since April 9. Forty-two of them were migrants who had been detained at the immigration centre in Songkhla for illegal entry.

They were from Myanmar, Vietnam, Malaysia, Yemen, Cambodia and India. The infections were discovered during active case finding in Southern Thailand.

Dr Taweesilp said people in Songkhla need not worry about the risk since the group in question were detained and were being closely monitored.

Another four new cases involved people who had been in contact with existing patients (3) and a person who went to a crowded place. The remaining seven cases were discovered by active case finding in Yala, Thailand.

Of the 2,907 total cases in 68 provinces, 2,547 have recovered and been discharged from hospitals. A total of 309 are being treated at hospitals, the Bangkok Post reports.

Coronavirus case leveling out across Thailand

Phuket recorded one more case bringing the number of confirmed cases in the island province to 202. The latest case was a 60-year-old self-employed Thai woman. She had also been in close contact with previous confirmed cases. Forty-two people with the virus remain hospitalized in Phuket.

The youngest patient in Thailand was one month old and the oldest was 97. The average age of Covid-19 patients was 40. Furthermore the highest number of infections was found among those aged 20-29.