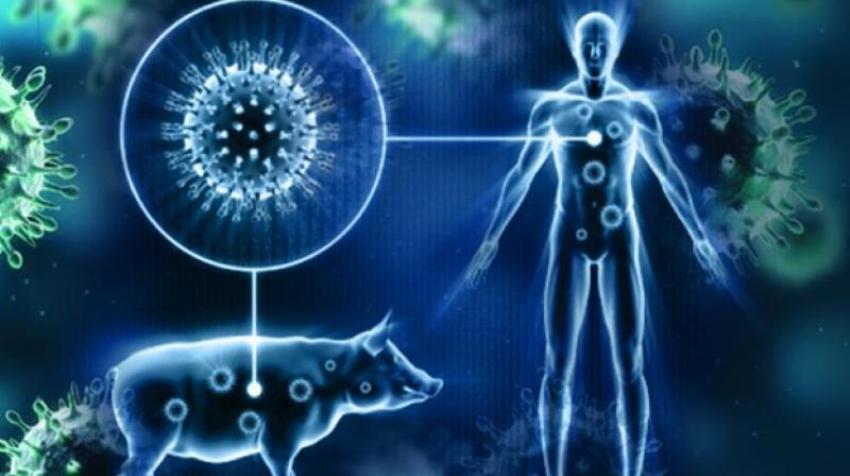 An expert virologist at Thailand’s Chulalongkorn University reports that a news swine flu virus found in pigs in China has pandemic potential. However it is not an immediate problem and there is no reason to panic yet.

The G4 EA H1N1 swine flu virus, a mutation of the H1N1 virus. Which first hit the world in 2009, was recently found in the Chinese swine industry. After 2009, the swine flu virus combined with Eurasian avian-like influenza virus and was found to infect pigs’ guts.

This was identified as the G1 type of virus, which has now mutated to G4, the Dr. Yong Poovorawan said. Since the latest version of the virus is new, people may have little or no immunity to it.

Virus can grow and multiply

According to the BBC, scientists have written in the Proceedings of the National Academy of Sciences (PNAS) journal that measures to control the virus and close monitoring of swine industry workers should be swiftly implemented.

Studies have also shown that the virus can grow and multiply in the cells that line human airways.

The virologist said the virus still hasn’t leapt to humans and though there are no vaccines for it yet, the research industry is monitoring it.

“The news broke when Chinese officials offered information to researchers. Who then published their work in the PNAS journal. This a long-standing, in-depth study.

I wish Thailand could also conduct studies like this, but it would require a lot of money,” Dr Yong said.

About the Swine flu virus threat from China While it has not been transmitted from human to human, the virus is raising concern. Because it is a genetic mix of strains that have devastated humans before. There are also indications it has “acquired increased human infectivity,” the researchers say.

NIAID director Anthony Fauci told a Senate hearing on Tuesday there was no immediate threat to humans. However they are keeping an eye on it.

The flu’s genetics include characteristics from the 2009 and 1918 flu pandemics. “They’re seeing the virus in swine, in pigs now; that have characteristics of the 2009 H1N1; of the original 1918; which many of our flu viruses have remnants … as well as segments from other hosts, like swine,” Fauci said.

The research team identified the virus as becoming predominant in swine populations since 2016. They had been collecting and evaluating 30,000 nasal samples from pigs from 2011 to 2018.

“We’ve always had potential pandemic flu viruses that we worry about … they just don’t have a media moment like pandemic viruses are having right now,” Amesh Adalja, senior scholar at Johns Hopkins Center for Health Security, tells Axios.

If the virus does start human-to-human infection and moves toward an epidemic or pandemic, scientists will likely work on developing a targeted flu vaccine similar to 2009, but this does re-emphasize the need for a universal flu vaccine, says Adalja.

Top 6 FX Robots That Are Worth Considering in 2022