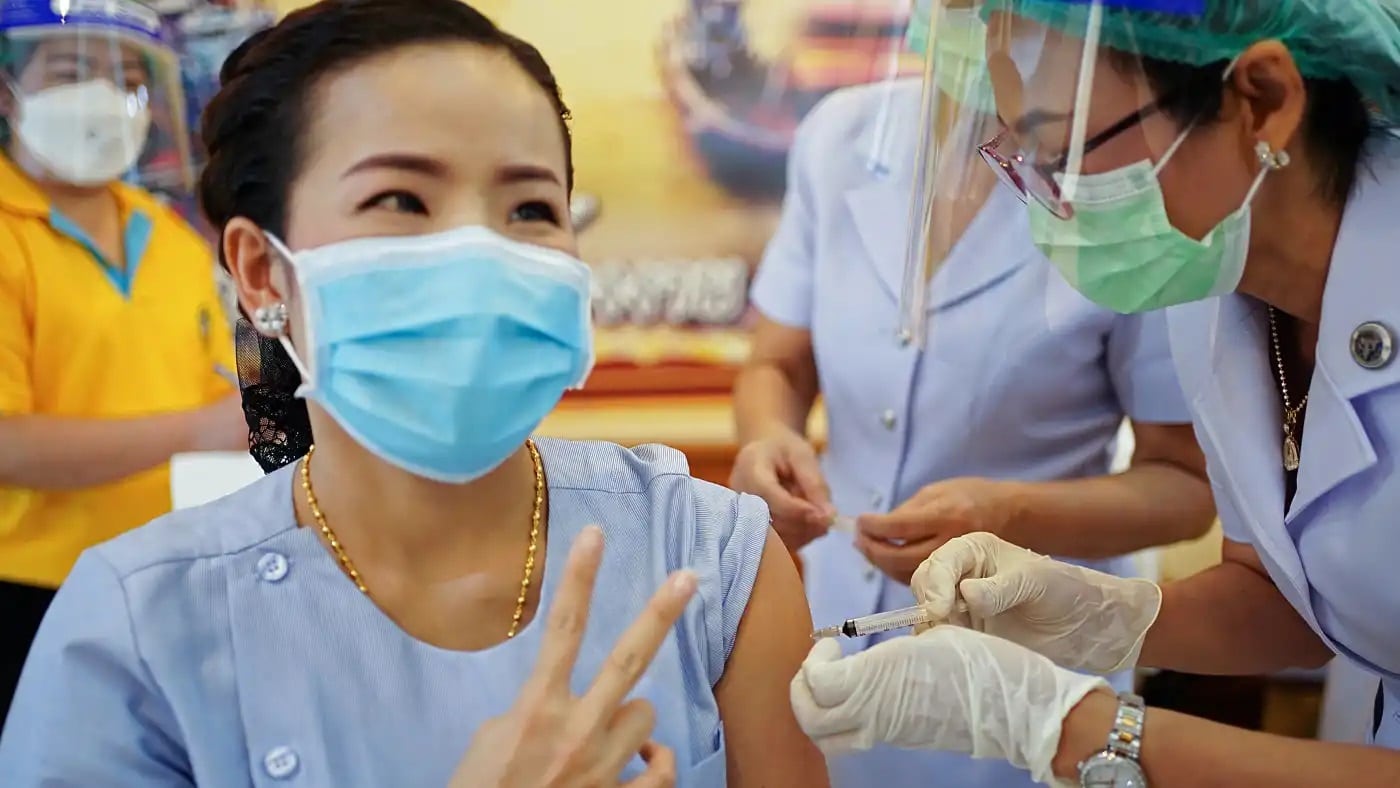 Private hospitals in Thailand have been allowed to purchase 10 million doses of Covid-19 vaccine, to inoculate 5 million people for a fee. Dr. Taweesilp also said Prime Minister Prayut Chan-o-cha, as head of the CCSA, has approved the move.

The decision was made at a meeting with senior officials of the Public Health Ministry and representatives of private hospitals and the Thai Private Hospitals Association (TPHA) at Government House on Friday.


The TPHA representatives confirmed they were able to buy the 10 million covid-19 vaccine doses needed for 5 million people.

Representatives of private hospitals told the Bangkok Post that covid-19 vaccine producers needed letters of intent from the Thai government to allow them to supply the jab to private hospitals. The Government Pharmaceutical Organization will procure the vaccine on behalf of the TPHA.

The prime minister assigned Dr Piyasakol Sakolsatayadorn, adviser to CCSA, to head a committee for the purchase of coid-19 vaccines for private hospitals.

The private procurement would target vaccines from producers other than the manufacturers the government had already registered, for the sake of diversification and risk distribution, Dr Taweesilp said.

The prime minister also agreed with private hospitals’ requests for larger allocations of existing vaccines from the Public Health Ministry, because vaccine demand was building and their present stocks were insufficient.

Meanwhile, with vaccination finally underway in Thailand, some uncertainty still exists regarding vaccine certificates and official paperwork after receiving your Covid-19 jabs.

The Public Health Ministry says that they are waiting for the World Health Organisation to release a standardized format for a vaccine certificate before they start issuing them. That form is expected to be released in June according to the Health Ministry.