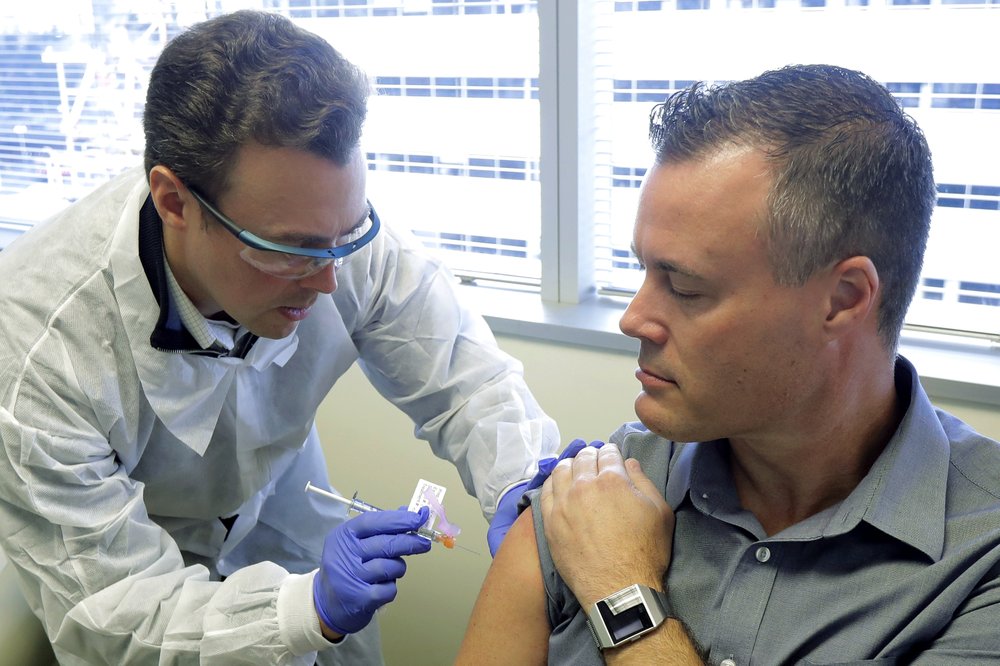 The United States has begun its first human trials of an experimental vaccine for the covid-19 coronavirus. Participants say they were inspired to help because they wanted to do more to fight the disease.

Three of the study participants spoke to The Associated Press on Monday. Following the trial’s first injections of the experimental vaccine in Seattle. They said the shots were no more painful than an ordinary shingles vaccine.

Some will get higher dosages than others to test how strong the dose should be. They will be checked for side effects and have their blood tested to determine whether the vaccine is revving up their immune systems.

The volunteers said they weren’t acting in hopes of protecting themselves. They understand their role is a small part of what could be an 18-month hunt for a successful vaccine. A vaccine that could be distributed worldwide.

The vaccine is called mRNA-1273 and was developed by US National Institutes of Health (NIH) scientists. Also collaborators at biotechnology company Moderna, which is based in Cambridge, Massachusetts.

Funding was also provided by the Oslo-based Coalition for Epidemic Preparedness Innovations (CEPI).

There are currently no approved vaccines or treatments against the coronavirus disease, known as COVID-19, which has infected more than 175,000 people across the world since it was first identified in central China in late December.

It has claimed 7,000 deaths, according to an AP tally, most in China followed by Italy.

Thailand to Close Bars, Entertainment Venues Due to Covid-19