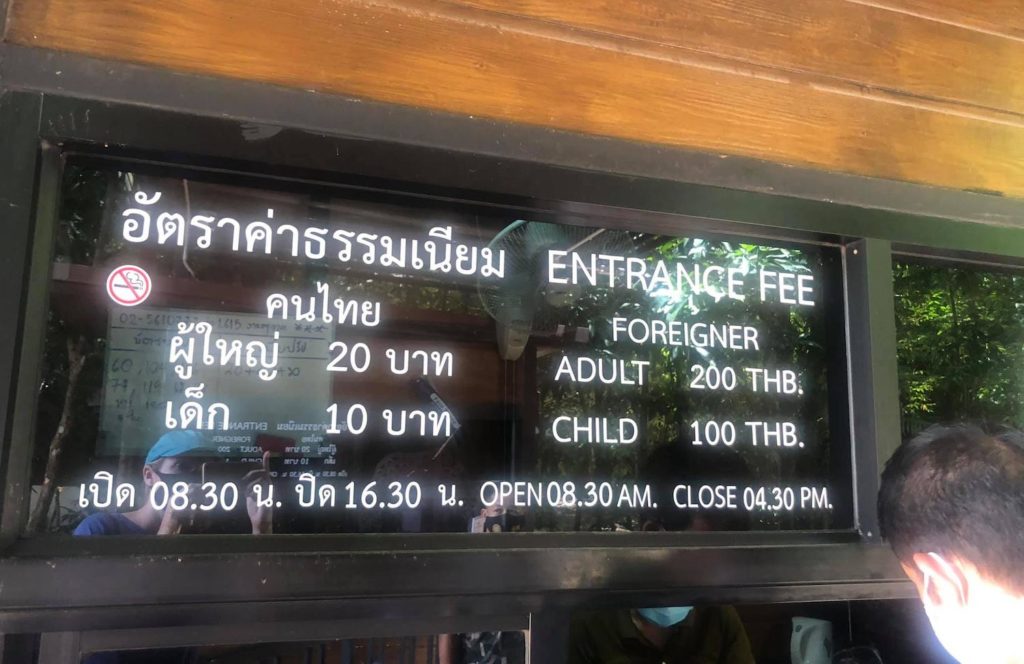 Thailand’s Tourism and Sports Ministry plans to propose to the prime minister of putting an end dual pricing at local attractions for Expats. Its also asking tour operators to tailor packages to this target group.

The packages should be attractive enough to lure expats and their families, a group that could contribute Bt1 Billion in tourism revenue to help stimulate the economy, said Phiphat Ratchakitprakarn, the tourism and sports minister.

Meanwhile, the ministry, the Tourism Authority of Thailand (TAT) and tourism operators are scheduled to hold a meeting today with private tour companies about creating packages for expats, both as a group and for independent tourists.

Expats here deserve to be treated like locals but they regularly face price discrimination, said TAT governor Yuthasak Supasorn. Mr Yuthasak said one idea is to provide an identification card for expatriates to use while travelling.

The agency is also planning to introduce a weekday tourism campaign to help disperse the number of tourists on work days. A conclusion on both plans is expected to be reached this week.

Mr Yuthasak said the supply side is developing well enough, as the number of operators that received the Safety and Health Administration (SHA) standard has reached 4,021 companies, including 1,010 in Bangkok, 498 in Phuket and 340 in Chiang Mai. The SHA award is meant to improve tourist confidence in the post-pandemic era.

“We have to boost domestic demand and tourism revenue in the third quarter,” Mr Yuthasak said. “The goal is to build tourism momentum and encourage operators to open, rather than waiting for international arrivals.”

He said the agency will hear from the private sector at a joint meeting today about the updated situation of the tourism business, such as how many of them already received soft loans, and the preferred direction for Thai tourism in the near future.

Mr Yuthasak said the TAT board approved the appointment of new deputy governors to replace two executives, Srisuda Wanapinyosak and Noppadon Pakprot, who will retire in September.

Kritsana Kaewthamrong will replace Mr Noppadon as the deputy governor for domestic marketing, while Apichai Chatchalermkit will look after digital R&D.

Siripakorn Cheawsamoot will shift from digital R&D to replace Mrs Srisuda in international marketing for Europe, Africa, Middle East and the Americas.

Meanwhile, an online movement is gaining momentum taking aim at tourist attractions in Thailand charging foreigners as much as 200% more than what Thai pay.