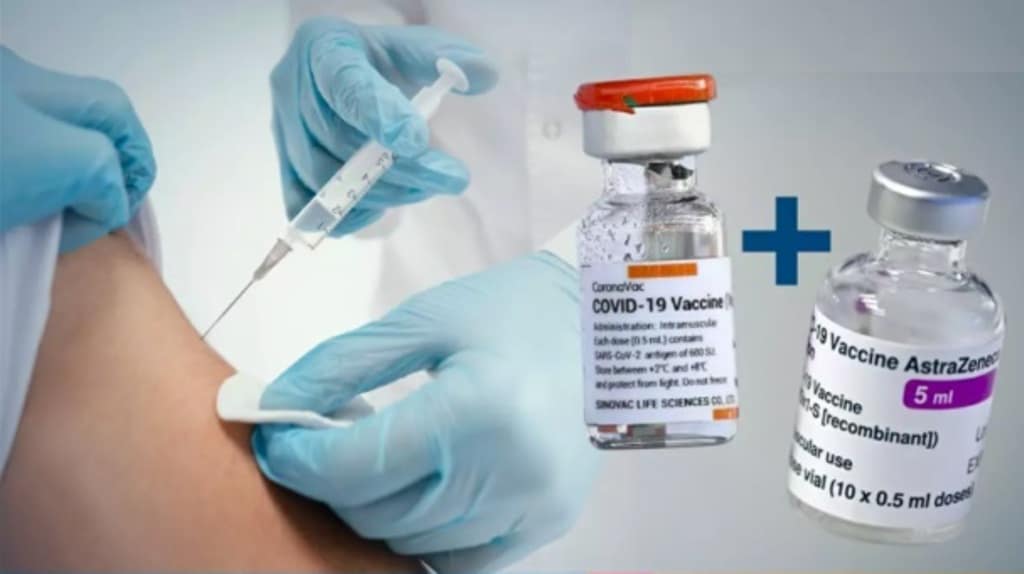 This last week, Thailand became the most recent country to announce a plan that will mix and match different COVID-19 vaccines. The Thai Government approved a plan to mix China’s Sinovac vaccine with doses of AstraZeneca or Pfizer as Sinovac on its own cannot protect against the Delta Variant of Covid-19.

The announcement by the Thai Government of the mix and match of vaccines has caused even more concern by Thai citizens over the vaccine program.

Like many Thais, veteran journalist Wichit Chaitrong had been looking forward to getting a government-provided COVID-19 jab for months, but not anymore. He changed his mind after hearing the government rollout will use Sinovac for the first dose and AstraZeneca for the second. A mix-and-match formula untried by any other country.

“I will look for a safer option,” Wichit said. “I am going to explore alternative vaccines from now on”.

This jab mix-and-match was the last straw, especially after his vaccination booking was cancelled for an unspecified time frame.

The World Health Organisation (WHO) has approved Sinovac and AstraZeneca vaccines for emergency use. However, its guidelines say the same brand should be used for both doses.

On Friday, the Center for COVID-19 Situation Administration (CCSA) gave the go-ahead to the Sinovac-AstraZeneca mixed-jab policy. Vaccines will get Sinovac for their first jab, followed by a dose of AstraZeneca three or four weeks later. Although some other countries have started experimenting with the mixed-shot policy, none has ever combined China-made vaccines with Western brands.

Mixed-shot policy also coincided with news that AstraZeneca can only deliver about half of its monthly vaccine target of 10 million doses.

Sinovac vaccine – also known as CoronaVac – was developed in Asia by Chinese researchers. As an inactivated vaccine, it uses a time-tested method.

In contrast, Anglo-Swedish pharmaceutical firm AstraZeneca developed its vaccine in the West in collaboration with Oxford University. It uses the viral vector method to inoculate humans against COVID-19.

Germany is among countries that have decided to combine AstraZeneca jabs with another vaccine brand, but no nation has ever mixed it with Sinovac.

Rationale for unprecedented mix and match

Thai health authorities say the Sinovac-AstraZeneca combination will boost recipients’ immunity more quickly. On July 15, the mixed-shot idea was also backed by deans of 10 medical schools, in their capacity as advisers to the CCSA.

They reported that 1,102 Thais have already received a shot of Sinovac followed by a shot of AstraZeneca, due to various reasons including serious side effects from the first dose. The Public Health Ministry monitored them and found that none developed serious reactions or died after receiving the two jabs.

Also, Chulalongkorn University’s Faculty of Medicine checked the immunity of 36 of mixed-jab vaccines, while the Medical Sciences Department checked 17 others. Lab tests on these samples showed this unique vaccine combination raised immunity levels by eight times compared with recipients of two Sinovac shots. The combination is therefore expected to be 80 per cent effective in preventing symptomatic infections with the Delta variant.

Delta is currently wreaking havoc across the world. This highly-contagious variant is also propelling the fourth wave of COVID-19 in Thailand, where the daily caseload is nearing 10,000 with between 50 and 100 deaths every 24 hours.

Many Thais unconvinced over mix and match

Though fearful of catching COVID, many people are worried about the government’s unprecedented shot-mixing policy.

Thai PBS World spoke to one Bangkok resident who said she would refuse the jab combination in spite of official assurances, because the sample size was too small.

“I have followed news closely, and based on what I’ve seen, for the sake of my own safety I think I should start reserving an alternative vaccine now,” she said, speaking on condition of anonymity.

Pakpoom Pongbhai, 58, said if the government pushes ahead with the Sinovac-AstraZeneca combination, he will wait and pay for an alternative vaccine. He said he would only change his mind if tens of thousands agree to take the mixed-shot combo and the results positive.

“But for now, I will wait and see,” he said, adding that he has heard WHO was cautioning against the mix-and-match policy.

WHO chief scientist Dr Soumya Swaminathan warned earlier this month that mixing and matching COVID-19 vaccine was “a dangerous trend”. However, she clarified that her warning applied to individuals, not to public health authorities, who she said may make their own decisions on combining jabs.

Dr Renu Madanlal Gargy, acting WHO representative to Thailand, confirmed that the global health agency would not object to Thailand’s policy, since each country needed to choose a vaccine policy based on its context as well as scientific data.

Thailand is not the only country taking the mixed-vaccine path.

Canada too has decided to combine different jabs, citing positive findings from the UK’s CoM-Cov study on AstraZeneca, Pfizer, Moderna and Novavax vaccines, and Spain’s CombiVacS study on alternate doses of AstraZeneca and Pfizer.

Meanwhile, South Korea has announced that citizens who have received their first dose of AstraZeneca will get Pfizer for their second jab, following delayed shipment from the global vaccine-sharing scheme, COVAX.

Italy’s medicines agency AIFA said on June 14 that people under 60 who have had a first dose of AstraZeneca can receive a different second dose.

Bahrain, meanwhile, said vaccines will get a booster shot of Pfizer or Sinopharm vaccine, regardless of which vaccine they were given in their first shot. Protection offered by inactivated vaccines such as Sinovac and Sinopharm is thought to be relatively short-lived. Therefore, booster shots are now in the picture.

In Thailand, hundreds of frontline medical workers have contracted COVID after receiving two shots of Sinovac vaccine. At least one has died. Hence, the medical workers will soon get a booster shot of either AstraZeneca or an mRNA vaccine to top up their immunity.